The crisis in Ukraine could be the first international stage where Germany shows its new, self-confident foreign policy, John Kornblum, a former US ambassador to Germany, tells DW. 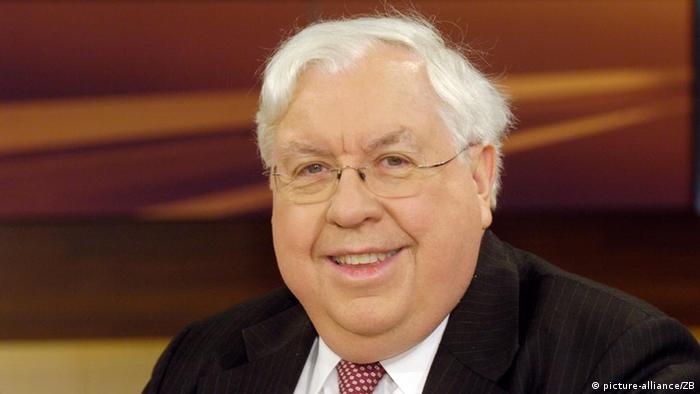 Following a speech from German Foreign Minister Frank-Walter Steinmeier at the Brookings Institution in Washington on Friday (28.02.2014), DW spoke with former US Ambassador to Germany John Kornblum about Germany's new foreign policy and the ongoing crisis in Crimea.

DW: What was your impression of German Foreign Minister Steinmeier's speech, especially regarding Germany's new confidence and self-assuredness in foreign policy?

John Kornblum: I haven't seen too much confidence and self-assuredness in foreign policy. We'll wait and see if that happens. I thought that the minister gave a very good speech. He talked about some issues openly. I didn't agree with everything he said, because I have an American point of view. But I think he was really a very good representative of his country.

What points did you disagree with?

I think that the Europeans in general are still trying to keep a lid on the future, are trying to control things rather than understanding what the dynamics of the world are. In Germany, there is a quite strong reaction, for example, about the NSA. But at the same time, nobody wants Germany to be open to terrorist attacks. The minister did not talk about that. I think that America is a society much more willing to take risks than Europeans are and I think that came out in his speech.

What is your opinion of his proposal for a cyber-dialogue with the US?

I think it is a good idea, but the hope that somebody is going to control the Internet is first wrong and second unrealistic. The Internet must live as an open network - it can't be controlled. But, as I said, Europeans always like to legislate controlling things, but a cyber-dialogue is extremely essential. I said if we didn't start doing that we would be overtaken by cyber developments and that is what has happened.

Moving to Ukraine, where do you see Germany's role in this issue and what is your assessment of what has happened there so far?

I think Germany has a very central role to play, and I think it has been played very well in recent months. I think a lot of Germany's friends, probably including the United States, are a little bit concerned that Germany has not been involved in the Eastern neighborhood of the EU as it should be - the Caucuses for example, or Ukraine. And I think maybe this crisis shows that Germany is going to be more involved.

Russia is threatening the territorial integrity of Ukraine. How should the West react?

First, we are all defending the territorial integrity. The question is what if so-called nationalist movements arise there. It will be very interesting to see how the Europeans and the Americans react. You cannot allow it to happen, but if you say that - what does that mean? Obviously, it does not mean military action, but it could mean strong political action and, if necessary, economic action.

John C. Kornblum served as US ambassador to Germany from 1997 to 2001 and is regarded as an expert in German and US policy.

Berlin's former closeness to the regime in Moscow has damaged the reputation of German foreign policy. Can Chancellor Olaf Scholz's policy shift succeed, given this fraught history?