Angela Merkel has urged Vladimir Putin to adopt a swift solution to a bitter gas dispute with Ukraine, as winter approaches. Russia and Ukraine are at odds over how to deal with Kyiv's huge debt. 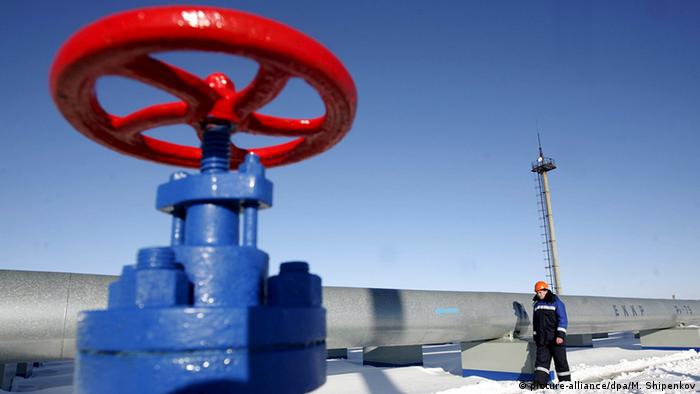 In a phone call on Friday, German Chancellor Angela Merkel urged Russian President Vladimir Putin to back a solution for the lingering Ukraine gas disagreement before winter sets in.

Both sides are due to meet next week, amid fears Moscow could stop crucial energy supplies to Europe - which receives about a third of its gas supplies from Russia. About half of this transits through Ukraine.

The two sides still differ over how to calculate Kyiv's gigantic gas debt from previous deliveries - as well as a schedule for outstanding payments - and Moscow has expressed doubts about Ukraine's ability to provide the money.

It is also unclear how much gas Ukraine is to receive from Russia this winter.

According to a deal reached earlier this month, Kyiv is likely to pay 2.4 billion euros ($3.1 billion) to Russia's state gas company, Gazprom, to compensate for the unpaid bills before the end of October. In exchange, Gazprom will unblock its Ukraine supplies, in place since the summer.

A statement from Merkel's office said the chancellor called on Putin "to firmly support the search for a swift solution before the approaching winter."

The chancellor called for a "full implementation" of a peace deal reached last month in Minsk, between Kyiv, Moscow and pro-Russian separatists in eastern Ukraine.

And, she said upcoming elections in parts of eastern Ukraine controlled by pro-Russian separatists "must be conducted according to Ukrainian law."

Insurgent leaders have called for a boycott of a snap Ukrainian parliamentary poll called by Kyiv and instead want to hold their own election in the Lugansk and Donetsk regions, home to nearly three million people.

Russia has retained a capable force of troops on its border with Ukraine, and still has troops in the country's east, NATO's military commander said on Friday.

"We've seen a pretty good withdrawal of the Russian forces from inside Ukraine but, make no mistake, there remain Russian forces inside eastern Ukraine," US Air Force General Philip Breedlove said in Belgium.

"...the force that remains and shows no indications of leaving is still a very, very capable force," Breedlove added.

Russia has consistently denied having any troops inside Ukraine.

In a fiery speech on Friday, Vladimir Putin accused the US of undermining global stability, criticizing what he described as its "unilateral diktat" on world affairs.

He accused Washington of trying to paint Russia as a danger to the rest of the world, forcing allies to impose sanctions over Moscow in response to the crisis in Ukraine.