Volker Kauder, a close ally of Chancellor Angela Merkel for the last 13 years, has been ousted as head of her party's parliamentary group in an inner-party ballot. The surprising result is seen as a warning to Merkel. 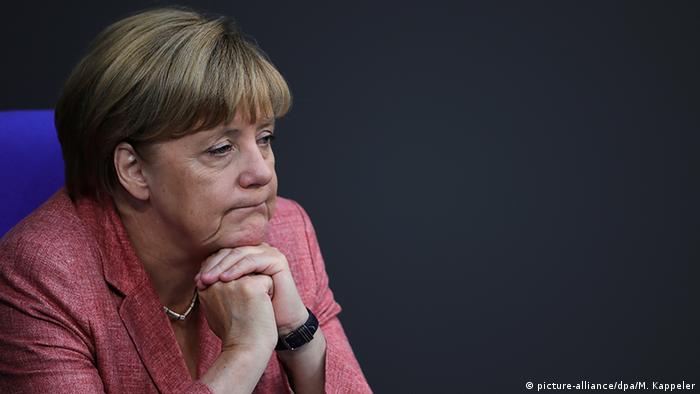 In a surprising vote among members of Chancellor Angela Merkel's Christian Democratic Union (CDU) and Christian Social Union (CSU) parties, her longtime ally Volker Kauder was ousted after 13 years as chair of the Union parliamentary group. His deputy Ralph Brinkhaus received 125 votes to Kauder's 112 in a secret ballot held on Tuesday afternoon.

It was the first time that Kauder had run against a challenger for the position. Brinkhaus said he was interested in a more active role for the parliamentary group in the coalition government made up of the CDU/CSU and the center-left Social Democratic Party. He also made clear that his candidacy should not be seen as a sign of disloyalty to Merkel.

Nevertheless, many German political observers have described the vote as a minor revolution, adding it is a clear signal that Merkel is losing support within the Union. Other powerful Union leaders, such as Interior Minister Horst Seehofer (CSU) and State Party Leader Alexander Dobrindt (CSU), had also urged members to support Kauder.

'No way to sugarcoat it'

When Merkel gave a short statement to reporters after the vote, she thanked Kauder for his years of service, congratulated Brinkhaus on his victory and pledged to work with him where she could.

She also acknowledged her disappointment at the result, saying: "That is how democracy works, sometimes there are losses, and there is no way to sugarcoat it." 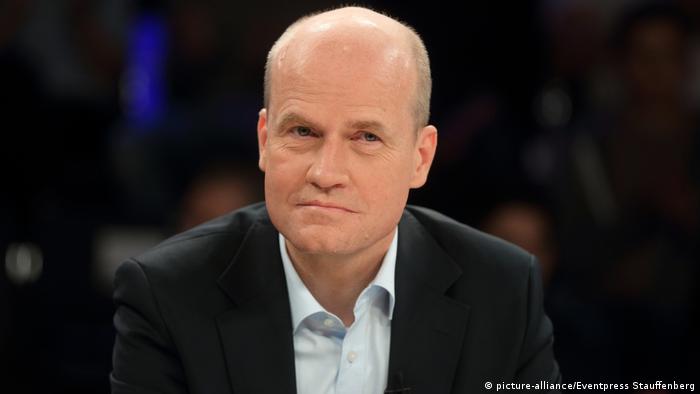 A numbers guy who can play hardball

A tax consultant by profession, Brinkhaus, who joined the CDU in 1998, is said to be an expert when it comes to financial and budgetary issues, though not in broader political questions.

Brinkhaus has notably clashed with Merkel twice of late, once in 2017 when he aggressively challenged her proposal to limit tax write-offs for business managers and once again in April 2018 when he penned a highly critical paper rebutting French President Emmanuel Macron's plans for the future of Europe.

Although colleagues welcomed his candidacy as a "renewal of group leadership" and a "generational change," others question whether his focus on finance limits his perspective.

Reactions to the surprising vote came swiftly, with a number of opposition politicians voicing their views as to its significance.

Alternative for Germany (AfD) parliamentary group leader Alice Weidel was quick to publish a large dose of schadenfreude, tweeting: "Merkel is on her last legs: Kauder voted out," adding, "the vote now clearly shows that Merkel is losing her grip on the party."

Alexander Lambsdorff, vice chair of the business-friendly Free Democratic Party in parliament, tweeted that the vote signaled "The beginning of the end of the grand coalition. The chancellor's authority within her own party has been officially destroyed."

Green Party parliamentary group leader Katrin Göring-Eckardt, on the other hand, was more reserved as she congratulated Brinkhaus on his election and thanked Volker Kauder for his parliamentary cooperation.

After 13 years in power, and now serving as the head of her fourth government, many have begun to ask how long Merkel can actually remain in office. After months of not being able to form a government on the heels of an election that saw her conservative party hemorrhage votes to right-wing populists, her grand coalition has come under repeated strain.

Merkel's unpopular asylum policies and a recent scandal involving the head of Germany's domestic spy agency have worsened the situation, causing many to question whether she will serve out her full term as chancellor. The loss of Kauder, long seen as her right-hand man, comes as another blow to her leadership.

Volker Kauder's ousting proves that Angela Merkel's grip on her party is loosening. According to the German press, it's becoming clear that conservative lawmakers are increasingly ready to abandon the chancellor. (26.09.2018)

A staffing shake-up has revealed that German Chancellor Angela Merkel can no longer organize majorities in her own ranks. The chaos is threatening an early end to her government, says DW Editor-in-Chief Ines Pohl. (26.09.2018)