Economy Minister Peter Altmaier and President Vladimir Putin met at the new plant near Moscow where Mercedes-Benz cars are to be made. Chancellor Merkel's office stressed it was not a return to business as usual. 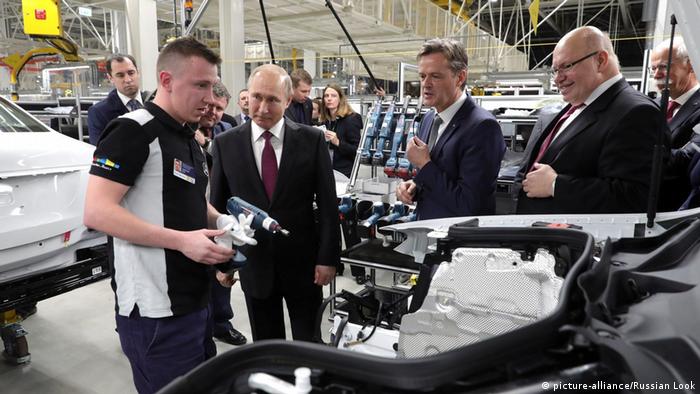 German Federal Minister for Economic Affairs and Energy, Peter Altmaier (above right), said on Wednesday that he saw great potential for future cooperation with Russia despite "political differences."

"A successful Russia is also in the interest of a successful Germany," he added.

The presence of Putin

President Vladimir Putin also attended the opening of the facility in the Esipovo industrial estate 40 kilometers (24 miles) northwest of the Russian capital on Wednesday. He noted that Daimler's Mercedes-Benz brand enjoyed a favorable reputation in Russia.

Daimler chief Dieter Zetsche said Putin's support has been crucial, praising the factory as a "prime example of German-Russian partnership." The aim is to serve the high demand for Mercedes-Benz E-Class Sedans and SUVs, the company said in a statement.

"The Mercedes-Benz plant Moscovia is another component of our strategy of producing where our customers are," Zetsche said."And both partners benefit from this: Russia and Mercedes-Benz." Mercedes-Benz is investing more than €250 million ($280 million) in their new plant. 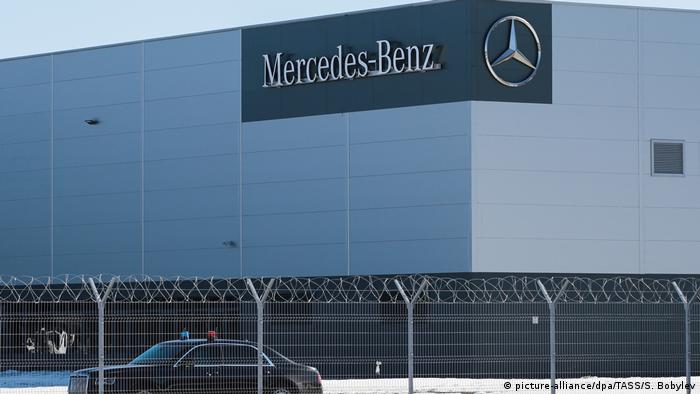 The Mercedes-Benz factory outside of Moscow

'We do not conceal our differences'

Germany and Russia are major trading partners but have had political differences since Russia annexed Ukraine's Crimea region in 2014. This prompted EU economic sanctions.

"We do not conceal our political differences," said Altmaier, "nevertheless there is a desire and willingness on both sides to improve cooperation."

Altmaier, who is also energy minister, met with his Russian counterpart Alexander Novak to discuss the controversial expansion of the Nord Stream 2 pipeline, which will bring Russian gas directly to Germany. The move has been criticized by a number of Germany's allies, including Ukraine, which has been a major route for gas supplies until now.

Last year, trade between Germany and Russia amounted to some €61.9 billion.

Chancellor Angela Merkel's spokesman Steffen Seibert said that Altmaier's visit was not meant to signal a return to relations as they were before 2014, adding that Berlin's position on the need for sanctions has not changed.

The Baltic Sea natural gas pipeline has become a political wrestling match, with the United States on one side and Russia on the other. Germany and the EU are stuck in the middle. DW gives you an overview.

Chinese President Xi Jinping last took part at Davos four years ago before the Trump administration levied huge tariffs on its products. Beijing is now calling for a return to multilateralism.