In Germany, there's plenty of food to go around. So much in fact that every year 10 million tons of perfectly edible food end up in the bin. Now, a smart phone app wants to put an end to this food waste. 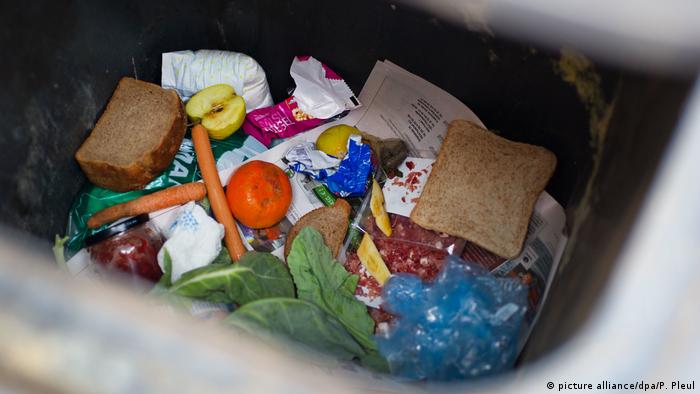 In Germany, there's enough food for everyone. More than enough, actually. According to a WWF study, 18 million tons of perfectly edible food are unnecessarily discarded every year in Germany. Private households are said to be particularly wasteful. Followed by restaurants and the like, which the study claims bin 3.4 tonnes of edible food per year. Even though 70% of this food waste could be prevented.

Buying leftover food via an app

It's this kind of excessive food waste that Berlin-based startup EatUp GmbH wants to stop. In October 2016, it launched its free 'MealSaver' app allowing restaurants and bakeries to sell their leftovers to hungry bargain hunters. This way, meal by meal, restaurants and bakeries can cut their food waste. Meals come in compostable sugarcane containers and can be purchased for between one and four euro. For every container sold, one euro goes to the Berlin-based startup. App users get to select a restaurant or bakery of their choice but have little say in what kind of culinary treat they will be taking home. That simply depends on what's left on the day. 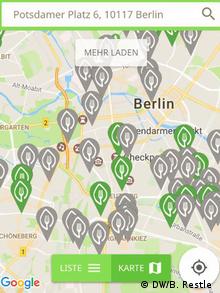 According to the startup, there are participating restaurants and bakeries in Berlin, Hamburg, Munich, Cologne, Düsseldorf, Dortmund, Duisburg, Essen, Aachen, Trier, Gelsenkirchen, Mülheim an der Ruhr, Bochum and Gladbeck. A total of 320 establishments across Germany have signed up, the vast majority of them in Berlin. The developers plan to extend the app to cover all of Germany.

The idea behind the app

The developers want people to use their app as a 'natural alternative to expensive take-away or delivery services' and thereby help eliminate unnecessary food waste.

But lots of work still lies ahead, like convincing more restaurants to participate in the 'MealSaver' scheme. Jankovska says vegetarian and vegan restaurants are well-attuned to issues surrounding food ethics, which is conducive to them joining the 'MealSaver' programme. But Jankovska says they don't prefer any one kind of restaurants, bakeries or app users. She estimates that currently 50.000 people are using the app across Germany. 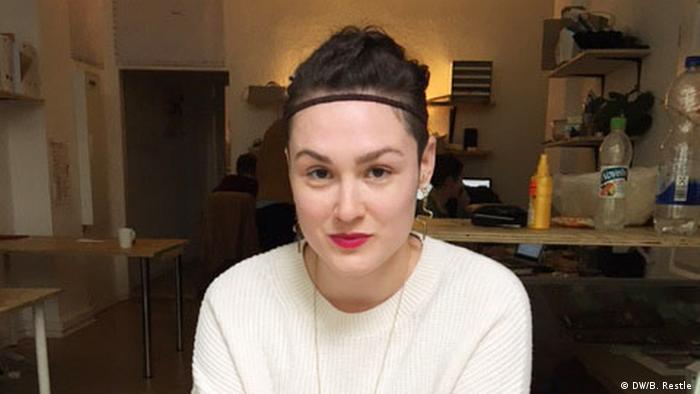 Sebastian Jabbusch, a 34-year-old social media consultant, lives in Berlin's Kreuzberg district and loves the 'MealSaver' app, even though he's only tried it three times. He like its usability and concept: 'It saves money, it's for a good cause, and you get to discover new restaurants.'

But he's also aware that many of society's weakest members are effectively excluded from using the app: 'Many homeless people own phones but few of them will have a PayPal account.' And without a PayPal account, it's hitherto impossible to purchase anything using the 'MealSaver' app. 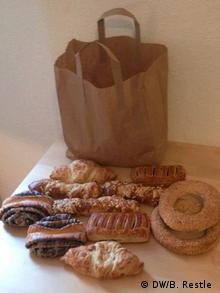 Vera Naumann is similarly excited by the app. The 27-year-old studies International Business and Sustainability in Hamburg and says there are many participating restaurants near the university and in the Sternschanze district.

That, she thinks, is partly because this "alternative" neighborhood has more 'restaurants that are open to new apps and novel concepts.' For her, helping reduce unnecessary food waste is a big deal. Bagging culinary bargains comes second.

And what do restaurateurs say?

In January 2017, Hof zwei restaurant, which belongs to Berlin's Mövenpick hotel, joined the 'MealSaver' scheme. Restaurant manager Emil Franken, too, is keen to cut food waste. He admits that 'when you arrange a buffet for 35 or 40 people it's clear there will be leftovers.'

Franken is well-aware of just how much food waste there is in the hotel and restaurant industry. So he began offering five containers with leftovers from the lunch buffet using the 'MealSaver' app. As demand soared, he started offering eight containers. Emil Franken says he's seen all kinds of people come to collect leftovers. Many of them are students, young people in their twenties and office workers who're on their lunch breaks. 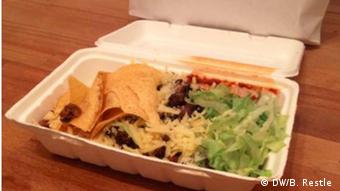 A container with leftovers from the Berlin Burrito Company

The Berlin Burrito Company has joined the 'MealSaver' programme as well. Nico, one of the sales staff, estimates that every day one or two people come to collect leftovers. And yet, says restaurant owner Toni Behrang, he still has to discard some 600 to 800 grams of perfectly edible food each day. In part because food that has been heated once cannot be reused the following day.

The 'MealSaver' app is no panacea that will end food waste in the restaurant industry over night. But an important first step has been made. The developers estimate that they sell 200 containers every day, thereby eliminating 200kg of unnecessary wood waste. They reckon that since launching their app in October 2016, they have helped distribute ten tons of perfectly edible food to bargain hunters.

Europe throws away 88 million tons of food each year, while globally 800 million people face malnutrition. Now, a Berlin restaurant is showing we can do better, dishing up tasty meals from produce headed for the trash. (17.02.2017)

Sharing Food Instead of Tossing It