French President Emmanuel Macron is hosting a global peace forum, with the notable absence of members of Donald Trump's administration. The French leader warned of an "unprecedented crisis" on the international stage.

"We are experiencing an unprecedented crisis in our international system," Macron said.

The French leader lamented new inequalities between peoples and countries. These developments, according to Macron, prompted a rise of nationalism "even among those who are the last-resort guardians of this international system."

Some 30 heads of state or government joined senior officials from other countries, leaders of 10 international organizations, hundreds of activists and entrepreneurs at the Paris summit, which is seeking ways to meet global challenges such as terrorism and climate change.

Chinese Vice President Wang Qishan also attended the event, in addition to Russian Foreign Minister Sergey Lavrov, German Foreign Minister Heiko Maas, the incoming president of the European Commission, Ursula von der Leyen, and heads of several African nations. The US did not send a government official to the event. 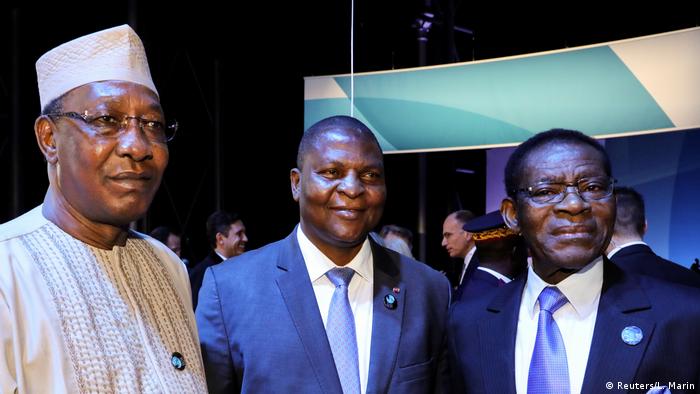 In his opening speech, French President Macron also advocated for multilateralism and a "balanced cooperation" between the nations.

In an apparent reference to US President Donald Trump's policies, Macron said that the temptation of unilateralism is "very risky."

"We tried that option in the past: it leads to war," Macron said. "Nationalism is war."

His statements in Paris match the polemic tone of his recent interview to The Economist, when he lamented the "brain death" of NATO.

On Tuesday, Macron said there should be no "squeamishness or hypocrisy" when it comes to questioning the workings of international bodies such as the UN, which he said had become "blocked."

Beijing wants rationality, and not 'oupouring of emotions'

The peace forum aims to be a catalyst for concrete action and "good practices" for tackling a range of challenges — from climate change and global inequality to cybercrime and misinformation.

China's Vice President Wang Qushan said that "tendency of replacing rational thinking and action with the outpouring of emotions" was not helpful.

"We are hopeful that countries can work together to... strengthen the bond of peace by encouraging dialogue among civilizations," the Chinese representative said.

EU Commission President-elect Ursula von der Leyen said that multilateralism had created a Europe that was "peaceful and united" and was settling differences "around tables rather than in between trenches."

"We should never forget how far we have come, and why," she said, describing her "vision of a Europe that helps to reconcile those who are divided."

"There is a need for stable and responsible leadership," said Von der Leyen, who is set to replace Jean-Claude Juncker as head of the EU's top executive body.

Lavrov jokes about US election

Following Macron's interview last week, German Foreign Minister Heiko Maas said it would be a mistake to undermine NATO and that Europe needed the US to defend itself. On Tuesday, however, the German diplomat said there needed to be cooperation between nations in NATO and elsewhere, but added it was good that these issues "are discussed openly."

His Russian colleague Sergey Lavrov also called for more cooperation, but also used the floor to criticize US policy in the Middle East. He blamed renewed tensions on Iran's nuclear activity, deadly unrest in Iraq, and the latest tensions between Israelis and Palestinians on Washington. 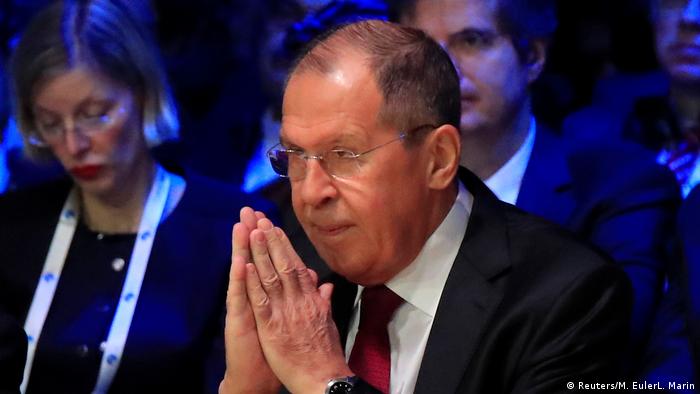 He also criticized the US for building up infrastructure in regions of Syria "with unconcealed intent to separate this part of Syria and take control over oil fields."

Lavrov also responded with a joke when asked how Russia was preparing for the 2020 US presidential elections.

"Don't worry, we will solve this problem," Lavrov said, laughing.

The Alliance for Multilateralism is a loose group of nations working to boost international cooperation. Its purpose is to tackle global issues such as disarmament, digitalization and climate change. (26.09.2019)