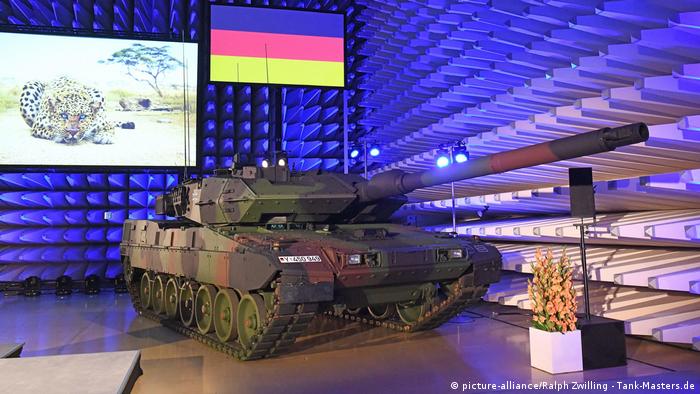 Their comments, published separately, come in response to a controversial interview given by French President Emmanuel Macron earlier this week, in which he lamented that US leadership caused the "brain death" of NATO, and criticized the alliance's lack of coordination. Macron urged European allies to "wake up" to the new reality of the US with Donald Trump at the helm.

German Foreign Minister Heiko Maas, however, said it would be a mistake to undermine NATO.

"Without the United States, neither Germany nor Europe will be able to effectively protect themselves," he wrote in a column for Der Spiegel magazine.

Maas said Macron was right to focus on building a strong and sovereign Europe and admitted that European countries needed to cooperate better and take on more responsibility for their own security. However, Maas added that Europe would still need NATO for many years to come.

"And if Europe is one day capable of ensuring its own security, we should still 'want' NATO," Maas wrote.

"Yes, we want a strong and sovereign Europe, but we need it as part of a strong NATO and not as its replacement," the minister wrote.

On Friday, Merkel commented that Macron used "rather drastic words" to express his position on the US-led military alliance. In her regular Sunday podcast, Merkel described NATO as "indispensable" and "the central pillar of our defense."

"This means that we should bring this European section of NATO stronger together," Merkel said.

In his column for Der Spiegel, Maas once again pitched the idea of a European security council, previously floated by Merkel and Defense Minister Annegret Kramp-Karrenbauer.

Currently, the EU demands unanimous consent from all member states on issues such as security. The security council model would see a rotating group of member states make key decisions, presumably making it easier to take action.

While the future of the initiative remains unclear, Maas said he was working closely on the idea with his French counterpart, Jean-Yves Le Drian. The UK, which is on its way out of the EU, should still be involved in the mechanism, Maas said.

The issue of NATO is likely to be discussed during Macron's visit to Germany on Sunday, where he is set to meet German President Frank-Walter Steinmeier and Merkel.

Is NATO on shakey ground?

Despite tensions, Merkel and Pompeo underscored the "close friendship" between their two countries during the US secretary of state's visit to Berlin. Earlier, Pompeo slammed authoritarianism in Russia and China. (08.11.2019)

The country's main opposition party has led protests against a proposal to integrate Bulgarian minority rights. Such a move would be necessary to continue EU accession talks.