Palestinian militant group Islamic Jihad confirmed that one of its leaders was killed by Israeli forces in the Gaza Strip early on Tuesday. Soon after the news broke, multiple rockets were fired from Gaza towards southern Israel in apparent retaliation.

"There is no justification for violence against innocent civilians," German officials said. "Now, the highest priority must be moderation and efforts to de-escalate."

Earlier on Tuesday, Israel said it had targeted Bahaa Abu el-Atta, 42, in a strike.

It was Israel's first high-profile killing of an Islamic Jihad figure since the 2014 war. 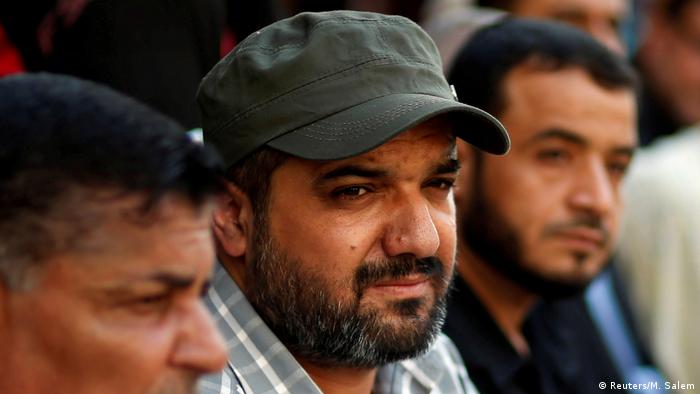 "(He) was directly responsible for hundreds of terror attacks against Israeli civilians and soldiers," and "his next attack was imminent."

At a press conference, Israeli Prime Minister Benjamin Netanyahu said el-Ata was "the main terrorist instigator in the Gaza Strip."

"All terrorists think alike. They think they can harm civilians and hide behind civilians. We have proven that we can hit with surgical precision," he said.

Islamic Jihad is an Iranian-backed group that often carries out attacks independent of Hamas, the much-larger militant outfit that controls Gaza.

The Iran-backed Islamic Jihad said the commander was performing "a heroic act" at the time of his assassination and vowed revenge as a result. It added that el-Atta's wife was also killed.

Islamic Jihad spokesman Mos' ab al-Briem said the strike was a "declaration of war against our Palestinian people."

In another air raid later on Tuesday morning, an Islamic Jihad militant was killed in the Gaza Strip while riding a motorcycle. The Israeli military said he had been about to launch a rocket from the bike.

The Palestinian Health Ministry confirmed that three people had been killed and 18 others injured in total.

But Jonathan Conricus, a military spokesperson, said the operation had been planned long ago.

Israeli air raid sirens continued to go off throughout the morning as far away as Holon and Rishon LeZion, two suburbs of Tel Aviv. The IDF said Islamic Jihad was "firing rockets indiscriminately at civilians across Israel."

A rocket fired from Gaza slammed into a major junction in southern Israel, narrowly missing two cars. One of the two drivers was taken to hospital with shrapnel wounds, the Magen David Adom (MDA) ambulance service confirmed. An 8-year-old Israeli girl suffered a cardiac arrest while running to a shelter in Holon, the MDA added.

Israel's Iron Dome aerial defense system shot down about 20 of 50 rockets fired from the Gaza Strip, an IDF statement said.

Israel shut down crossing points into Gaza and reduced the permissible fishing area off the territory's coast to 6 nautical miles (11.2 kilometers) in anticipation of a looming confrontation. Schools were also closed in communities and towns along the Gaza Strip's boundary and all the way to Tel Aviv, about 90 kilometers (56 miles) north of Gaza.

In a separate incident in Syria's capital, Damascus, Israel is reported to have struck a residential building housing a commander of the Palestinian Islamic Jihad with two missiles, killing two people.

Syria's state-run news agency SANA said six people were killed in the early morning attack on Tuesday. A third missile landed in Daraya, a suburb of the capital, SANA said. It was not immediately clear if the Islamic Jihad commander, identified as Akram al-Ajouri, was among those killed in the attack.

Israel is at the center of heated diplomatic rhetoric surrounding recent military operations in Gaza, Syria and Lebanon. Iran's expanding influence, Israel's response to it and the war in Syria have heightened tension. (26.08.2019)