Israel stuck in a new Middle East amid Turkey′s Syria offensive | Middle East| News and analysis of events in the Arab world | DW | 15.10.2019

Turkey's military offensive in northern Syria, facilitated by a withdrawal of US troops, is threatening to rebalance geopolitics in the region. The changing dynamics could put Israel in a precarious position. 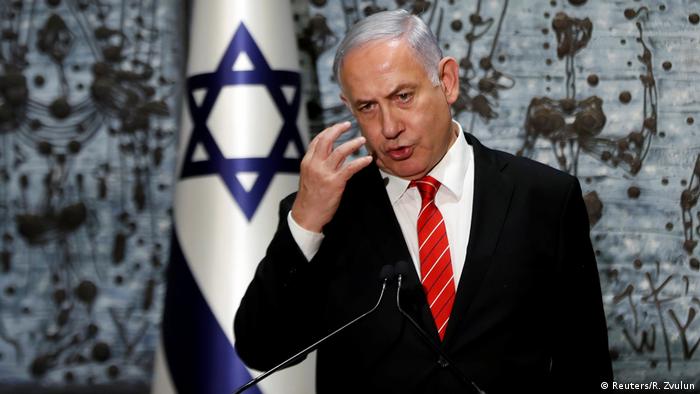 US President Donald Trump has done little for Israel, former Israeli Prime Minister Ehud Olmert told the Jerusalem Post. Recognizing Jerusalem as the capital of the Jewish state and then the Golan Heights as Israeli territory were empty gestures, he said.

"This is a declarative move: no substance," Olmert said. "The [Golan] Heights were annexed in December 1981 — 38 years ago." Trump's statement merely caused more controversy over Israel's control of the Golan, he added, focusing world attention on an area that had been largely ignored.

Olmert sees no reason "to be surprised about the pullout from Syria," but that the US withdrawal is a reminder that Israel has only itself to rely on.

Olmert's sobering comments reflect a spreading sense disillusionment and concern in Israel regarding Trump's Middle East policy. The president's decision to pull back in Syria has added to the unease.

"In the longer term, the clear evidence of the chaotic way the US president conducts business is worrisome," wrote the liberal daily Ha'aretz. "He seems committed only to himself. Against this backdrop, it's almost amusing to note the shrinking number of Trump supporters in the Israeli media, who need to employ a little sophistry to justify the actions of the supposed lover of Israel currently occupying the White House." 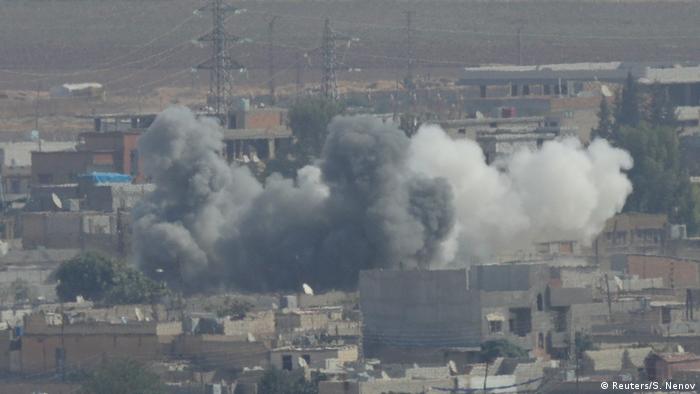 The US withdrawal from Syria, paving the way for Turkey's offensive, has many Israeli officials concerned

For Israel, the US troop withdrawal from Syria comes at an inopportune time. Iran has used Syria to challenge Israel for years, supporting Bashar Assad as a means of gaining a foothold next door to Israel. Paramilitary troops from Iran's Quds Force are closer than ever to Israel's borders.

Their presence, Olmert told the Jerusalem Post, is Israel's failure. "Israel's greatest security defense failure — the greatest in the last 50 years, since the Yom Kippur War — is that we allowed Iran to penetrate into Syria," he said.

Now the Iranians may be hard to drive out, and Israel may be left alone to deal with them, writes Eyal Tsir Cohen, a visiting fellow at the Brookings Institution. "Israelis reassured themselves that if faced with an imminent, existential threat, the Americans will be on their side. Decision makers in Jerusalem ought to carefully rethink this paradigm in light of the US abandonment of the Kurds."

Cohen also notes the impact on Israel's relations with Arab countries. "With Iran as a common enemy, it was easier for Saudi Arabia and the United Arab Emirates to see the advantages of communicating and even cooperating with Israel," he wrote. However, the perceived paltriness of the US reaction to an alleged Iranian attack on Saudi oil infrastructure may change the dynamic. Arab countries "will seek to negotiate a deal with Iran, find a settlement, to mitigate the escalation and to keep the temperature down." That could mean distancing themselves from Israel.

Iran's expanded influence could mean the same for Russia. The Kurds may request military support from Russia against Turkey, just as they have already from the Syrian regime. If that happens, Cohen writes, "Moscow would gain Kurdish support with zero effort, and the millions of dollars invested in arming the Kurds, their infrastructure, and their oil fields would fall into Russian hands free of charge."

Russia's increased presence is a dilemma for Israel because it can both contain Iran, but also prevent Israel from defending itself. That cedes even more power to Russia, which can determine the balance of power between the two sides.

Another open question is the position of other Arab countries. On Monday, Jordanian state media reported that the speaker of Jordan's parliament demanded an end to Israel's occupation of, and its "brutal practices" in the Palestinian territories.

That is unusual criticism from Jordan, which is one of Israel's closest Arab partners. The comments could have been mere coincidence, or hint at challenges ahead.

COVID: A huge tragedy is unfolding in Afghanistan