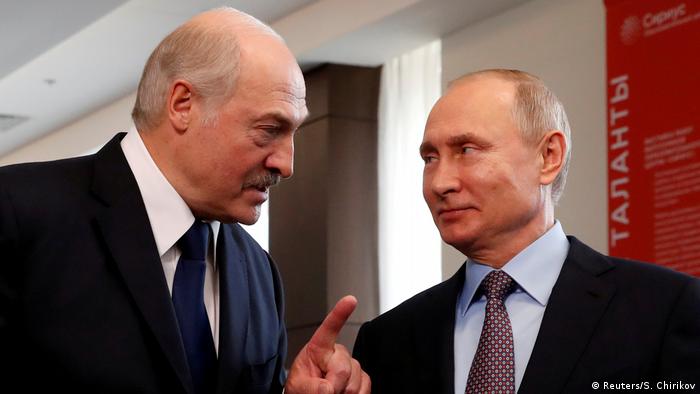 President Alexander Lukashenko spoke with US Secretary of State Mike Pompeo in a phone call on Saturday, in which the Belarusian leader said his country and Russia were ready to respond jointly to external threats.

The remarks, reported by Russia's Interfax news agency, come as protesters continue to call for Lukashenko's resignation and as he faces the prospect of a national strike that could begin on Monday.

"Russia does not interfere in the internal affairs of Belarus. At the same time, the countries are ready to jointly respond to emerging external threats," Lukashenko is said to have told Pompeo, according to Interfax which cited Belarus state television.

"By mutual opinion, after Pompeo's February visit to Minsk, the situation has changed dramatically, new challenges have arisen and are emerging," the president said.

The US has already imposed sanctions on Belarusian officials, following violent crackdowns at demonstrations in Minsk and across the country.

During the call, the US State Department said it had urged Belarusian authorities to ''engage in a meaningful dialogue with genuine representatives of civil society,'' including Lukashenko's leading election opponent, opposition candidate Sviatlana Tsikhanouskaya.

The US also reiterated its "strong support for the independence and sovereignty of Belarus,'' the State Department said.

Hundreds of women marched across the capital, Minsk, in heavy rain on Saturday, as protesters continue to demand Lukashenko's resignation. The protests have been going on continuously since the disputed presidential election in early August.

The women carried umbrellas in the white and red colors of the opposition flag, holding placards that stated their professions and chanted ''Go away!'' as a demand for the president's resignation.

According to the Viasna human rights center in Belarus, some 10 protesters were arrested on Saturday.

The Belarusian political crisis was triggered by official results of the August 9 presidential election, which gave Lukashenko a victory with 80% of the vote — a result the opposition has insisted was rigged.

Lukashenko, who has ruled Belarus with an iron fist since 1994, has blamed the US and its European allies of fomenting unrest in the ex-Soviet country.