For the 10th straight weekend, anti-Lukashenko protesters marched through Minsk despite threats from police to fire live ammunition. Police reportedly fired rubber bullets into the air to disperse demonstrators. 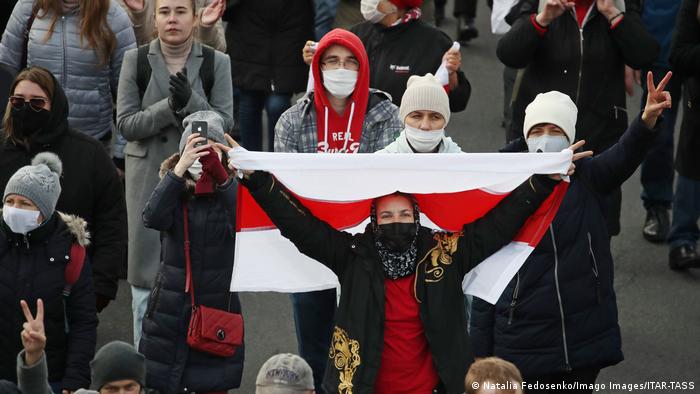 For the 10th weekend rally in a row, tens of thousands of protesters opposing long-time President Alexander Lukashenko marched through the capital  despite threats of force from authorities to open fire.

Protesters were heard chanting "Strike!" and "You and your riot police get out!"

"There's no way back," protester Anzhela Krasovskaya told French news agency AFP. "If they start shooting then there would be even more people in the streets," she added.

Over 200 protesters were arrested during Sunday's protests, Belarusian Interior Ministry spokeswoman Olga Chemodanova told AFP, adding that most of the detentions were in Minsk. 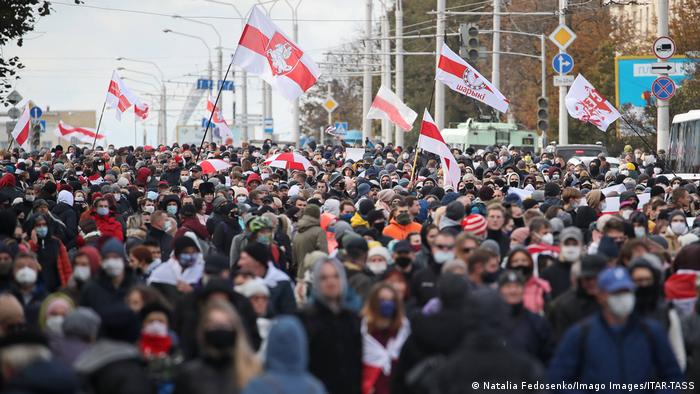 Protesters were largely undeterred by threats from police to open fire

A local media reported that security forces fired rubber bullets into the air in response to demonstrators throwing stones.

An Interior Ministry spokesperson later confirmed the reports, telling AFP the rubber bullets were fired as a warning to protesters who threw stones at police.

Minsk authorities have also shut down a number of underground metro stations as well and decreased mobile internet coverage in an attempt to limit protests. 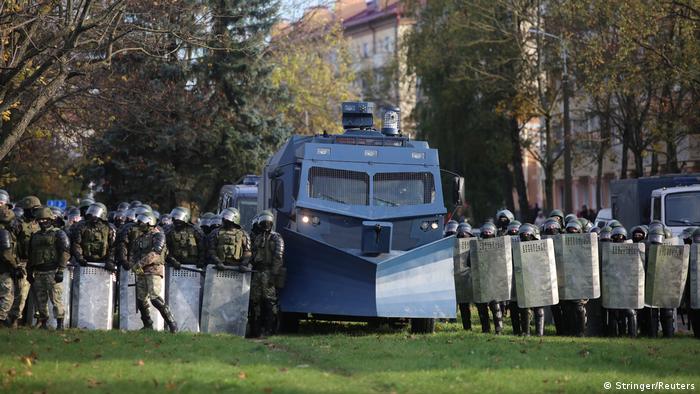 Over two months of protests

Demonstrators in the former Soviet republic have been demanding Lukashenko's resignation for weeks.

After more than two decades in power, Lukashenko claimed another round of victory in the country's August 9 elections over popular opposition candidate Sviatlana Tsikhanouskaya.

Tsikhanouskaya, who fled to neighboring Lithuania after the vote, has called on Lukashenko to step down before October 25, warning he would otherwise face a nationwide general strike that would paralyze the country.

Ahead of Sunday's protest, Tsikhanouskaya urged Belarusians to continue their calls for justice.

"We will stop only when every political prisoner walks free, when members of law enforcement begin to defend the people, and rule of law and honest elections return to Belarus," she said.

Belarus security forces have so far arrested more than 13,000 people.

The pair discussed the plight of the Belarusian people following August's disputed election that left Alexander Lukashenko still in power. Tsikhanouskaya also visited the Berlin Wall, calling it a "symbol of freedom."