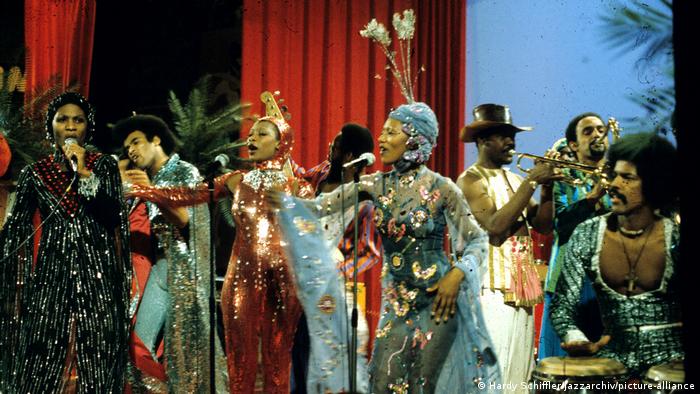 Looted statues, sarcophagi or paintings: the return of looted colonial art and artifacts is an ongoing issue in Germany. As activists and researchers have repeatedly pointed out, numerous museums feature exhibitions filled with items that were stolen from other cultures, often through violent means.

But until now, little attention has been given to "looted music." The term itself seems confusing at first glance: While a painting is a material object that can be stolen and kept in a European museum, music is an intangible asset.

But that's not the point, says musicologist and composer Sandeep Bhagwati, who came up with the term "Raubmusik" (looted music) in German. He understands it less as a material theft — he's not referring to sound archives with recordings from former colonial areas — but rather as a "colonial approach" to Western music that is still ongoing to this day.

The 'exotic' touch throughout the ages 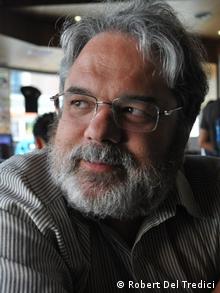 To define his idea of looted music, Bhagwati provides an example: "Let's say a composertravels somewhere for a full three weeks and then writes a composition that uses elements of the music he heard there. He is the only one to profit from the financial gains and recognition obtained through that music," says the musicologist.

This phenomenon is particularly widespread in so-called world music. For Bhagwati, the problem is not only taking over other people's creations, but also the fact that the music is stripped of its spiritual or social context. "It's often used just to add an exotic touch," he points out.

The history of such forms of "exoticization" in the West is at least as long as the process of globalization itself. Mozart, Beethoven and Debussy already referred to foreign continents and cultures in their works — the same phenomenon also appears in classic literature and visual arts. While borrowing from exotic cultures, these works often promoted Western cultural hegemony.

To this day, Western classical musicis still viewed as the ultimate music, says Bhagwati, while elements borrowed from other cultures only appear as "special effects," that are also represented primitively, explains the musicologist.

The discussion surrounding looted music poses many difficulties. References to existing works are at the heart of music, and all forms of art. How do you differentiate inspiration and plagiarism? 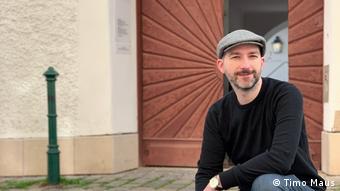 Heiko Maus, a legal advisor specialized in music copyright issues, says there is no simple rule of thumb to answer this question: "Of course composers are allowed to be inspired by other music." However the reference work needs to fade into the background and not lead the piece, he explains. To determine if this condition has been fulfilled, each case must be clarified individually on the basis of various criteria.

In copyright law, the fact that a piece has been removed from its original context is initially irrelevant. To illustrate this, Maus refers to a well-known copyright dispute.

The song "Brown Girl in the Ring" by Boney M. was recorded in 1978 and quickly became a worldwide hit. It is originally a Caribbean children's song that German composer Peter Herbolzheimer rearranged for the Caribbean musician Malcolm Magaron from St. Lucia in 1974.

When Boney M. producer Frank Farian rediscovered this song, he created his own version of it, and obtained the credit as "songwriter." Herbolzheimer accused Farian of stealing his arrangement for the song, leading to a spectacular copyright dispute that dragged on for over 20 years.

The legal case opposing two Germans who defined themselves as the writers of the work did not take into consideration that it was actually a cover of a Caribbean children's song, to which European disco beats were simply added — not to mention the fact that "exotic" looking singers of Boney M. were hired to perform it on stages for mostly Western audiences.

"It used to be believed that you could just take something from the so-called Third World, and no one would care," points out Maus. The mindset was that "nobody would notice, and if ever they did, they wouldn't stand a chance [in a legal dispute] anyway," adds the expert.

The composer and musicologist Sandeep Bhagwati therefore calls for an active decolonization of music by everyone involved — producers, musicians and the public. This is only possible through genuine interest, by respecting the history of the music and the artists, even if that music does not follow Western conventions.

Bhagwati encourages mutual artistic influences: "If you use other types of music to develop your own creative ideas, then that's the normal path of art." At the same time, he adds, misconceptions need to be reviewed in Europe: "We as a society have an overall deficit if we assume that other cultures are less complex, differentiated and rich in their cultural expressions than we are," he says.

And a good way to do this is to address that notion more directly and without prejudice when dealing with other cultures, for example in music programs, biographies or when making music together.

A cultural heritage for everyone