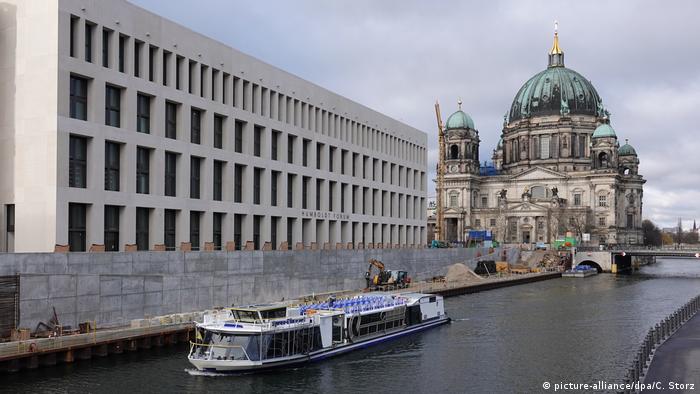 The Humboldt-Forum (left) is located on Berlin's 'Museum Island'

When the name "Humboldt Forum" is mentioned in Germany, arguments are usually inevitable. Visitors will not be able to see the exhibition in the rebuilt Berlin City Palace until the end of 2019. But the museum has been causing fierce debate ever since planning began.

When it comes to the Humboldt Forum, there is always a question that resonates: How does Germany deal with its colonial past? After all, the Forum will be showing exhibits that mainly came to Germany as art looted during the colonial era. Then there is the fact that the Forum is located in the rebuilt Berlin City Palace. The original, demolished in 1950, was once the residence of German emperors. Like hardly any other building, it represented Germany's brutal quest to become a world power.

'Colonialism has not been adequately dealt with' 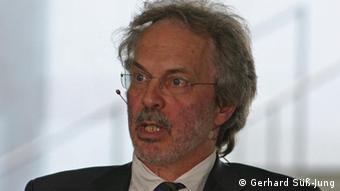 Africanist Henning Melber is the author of several books on Namibia

The colonial era is a period that is almost forgotten in Germany today. "Up to this day, German colonialism has not been adequately dealt with," said German-Namibian political scientist Henning Melber in a DW interview. In January, a group around Melber went public with a proposal that launched a new debate: The forum should be given a room that would focus on the crimes of colonialism.

"The Humboldt Forum is a place where visitors can look at looted art, stolen from the countries of the global south during the times of German colonialism. It is therefore a direct starting point to remind us that there is a completely unprocessed chapter of German history," Melber said. It is a chapter that goes far beyond the theft of art. The genocide of the Herero and Nama in the former German South West Africa (today's Namibia) was also perpetrated during this era.

The group turned to the internet to find supporters. The memorial room should be a place of "reflection and silence, inviting visitors to critically (self-)reflect," the proposal says. Among the signatories are former Bundestag president Wolfgang Thierse and former development minister Heidemarie Wieczorek-Zeul.

Only publicity for the Forum?

In principle, the Prussian Cultural Heritage Foundation is also in favor of the plan. It provides a large part of the collection. "Visitors will be given a great deal of information about the colonial era when they visit the building," Foundation president Hermann Parzinger told the German Press Agency dpa. "But it would be important also to create a place somewhere that would go beyond this and permit people to reflect and have their own thoughts about this." 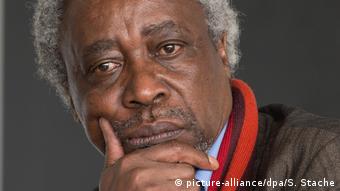 Remembrance, yes —  but not like this, activists like Mnyaka Sururu Mboro object. Born in Tanzania, Mboro has for years been calling for a critical approach to Germany's colonial past. He is closely watching the activities of the Humboldt Forum. The "Berlin Postkolonial" association, which he co-founded, calls for the swift return of stolen art treasures to the societies of origin.

Some controversial treasures are to be shown in the Humboldt Forum - for example the Benin bronzes. British soldiers stole them in 1897 in what was then the Kingdom of Benin in West Africa. According to the organizers, this will be addressed in the exhibition.

"The proposal seems to be more of a publicity act for the Humboldt Forum," Mboro said in a DW interview. "I don't want people trying to set up a room of silence there, that's unacceptable to me."

A monument in the middle of Berlin

Mboro would like to see a public monument to the victims of colonialism and enslavement. The Hamburg-based colonial historian Jürgen Zimmerer agrees. "The Humboldt Forum does not primarily stand for German colonialism, but for transnational colonialism, because this art theft and colonial collecting of artefacts were transnational phenomena," Zimmerer told DW. "Specifically German colonialism, for example the genocide of the Herero and Nama, should not be remembered in the Humboldt Forum, but in a different, central location." 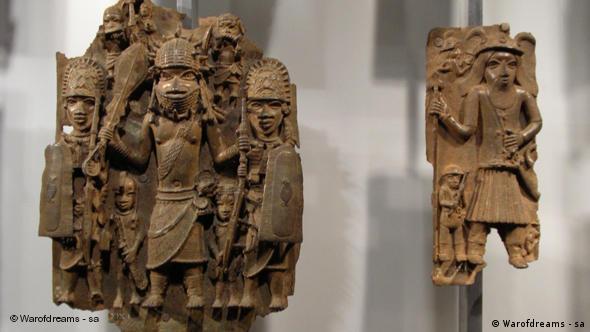 The planned memorial room reminds Zimmerer of an airport chapel that people hardly notice, he told the daily Frankfurter Allgemeine Zeitung (FAZ).  He calls for "something highly symbolic" — for example for the museum to be renamed the "Benin Forum."

"My concern is that this one room [.....] will basically not aid the process of coming to terms with colonialism, but will rather hinder it. This is because people could say: We have a room for remembering and so we don't need to do this in the rest of the Humboldt Forum. Above all, we should deal more thoroughly with the problem of looted art," he said.

Henning Melber responds calmly to criticism of his idea. He and his supporters also call for a public monument. But he considers a room of silence in the Humboldt Forum to be important — adding that it must, of course, be complemented by special exhibitions, lectures and other activities. "Some critics have said that it is not enough to deal with German colonialism through silence, but that the process should be very loud. This vociferous debate already exists and is continuing. But silence, when it is understood as a time to reflect and seek answers from the past, can also be very loud," Melber said.