In the 1970s, the Estonian developed a totally unique style that earned Soviet censorship but made Pärt one of the most performed living classical composers in the world today. 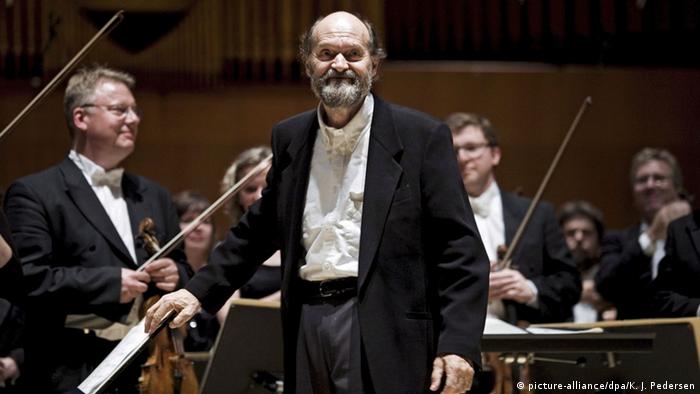 For the Estonian classical composer Arvo Pärt, composing is "like breathing in and out. It's life." But for eight years, he basically stopped breathing.

What emerged out of Pärt's creative block was a new compositional style and sound that not only differed drastically from his earlier pieces, but was radically unique within the classical music world.

In fusing the medieval with the modern and creating delicate melodies and sparse harmonies that belie compositional complexity, the now 85-year-old Pärt established himself as one of the world's most famous and performed living classical composers today.

A leader of the Estonian avant-garde

Pärt (above in 2014) was born on September 11, 1935, in Paide, central Estonia, and began to study piano at a young age. He started composing as a young teen and eventually, after two years of compulsory military service in the Soviet Army, completed his compositional studies at the Tallinn State Conservatory in 1963.

Compositions written during his student years were already drawing attention, and by 1968, he was regarded as part of the vanguard of innovative Estonian composers. Works like Nekrolog (1960) and Symphony No. 1 (1963) used serial repetition, dissonance and the 12-tone scale, techniques considered avant-garde at the time.

Yet while these works garnered Pärt attention, including internationally, they also drew criticism from the Soviet regime, which had controlled the country since 1944.

They also left Pärt in a crisis he expressed through his 1968 work Credo, which featured clashing, unsettling passages. The Latin text, confessing Christian belief, heralded Pärt's conversion to Orthodox Christianity in 1972. The work's embrace of religion and its wildly applauded reception — the audience at the premiere demanded a repeat performance — led Soviet censors to de facto ban the work. 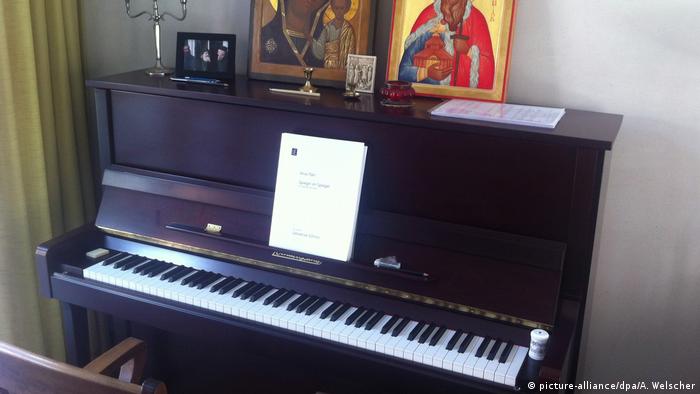 Pärt joined the Christian Orthodox Church in 1972 and sees faith as permeating all aspects of life, including his compositional work. His piano, above in 2015, with religious images atop it

From 1968 to 1976, Pärt's compositional output withered and he retreated from public life as he struggled with religion and meaning and searched for a new form of musical expression.

"I didn't know at the time that was I going to be able to compose at all in the future. Those years of study were no conscious break, but life and death agonizing inner conflict. I had lost my inner compass and I didn't know anymore, what an interval or a key meant," Pärt said of the period.

He composed only one concert piece, Symphony No. 3 (1971), over those eight years, instead earning his living by scoring numerous films. He dedicated himself to the study of medieval Gregorian chant and Renaissance music, influences he would incorporate into the style that would launch him to global popularity. 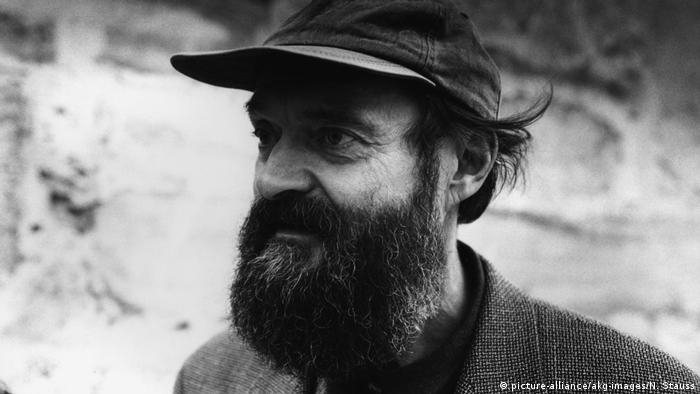 Pärt in 1996, a world-famous composer: During his years of crisis, he did not know whether he would compose again

The sound that Pärt debuted when he reemerged in 1976 with the short piano piece "Für Alina" radically departed from his earlier works.

With notes like pearls, sparse harmonies and silence that seems to breathe, Pärt had developed an unprecedented musical language. He called the style "tintinnabuli," meaning "little bells."

Many of his early pieces in this new style, including Tabula rasa (1977) and Spiegel im Spiegel (1978), have become some of his best-known compositions.

While some criticized his new works for being simple or sentimental, strict rules actually guided the movement of melodies, similar to ancient polyphony yet creating new tonalities.

It was a mixing of the old and the new, the religious and the logical, and it did not make the Soviet censors happy. Pärt's music was banned from performance, with the Estonian media calling him "a traitor of the fatherland."

In 1980 Pärt and his family were forced to emigrate, landing first in Vienna and later in Berlin, where they lived for nearly 30 years.

Following Estonia's independence in 1991, Pärt's connection to his homeland was reestablished, with his music performed and celebrated and him spending much time there. He eventually settled near Tallinn full time in 2010. 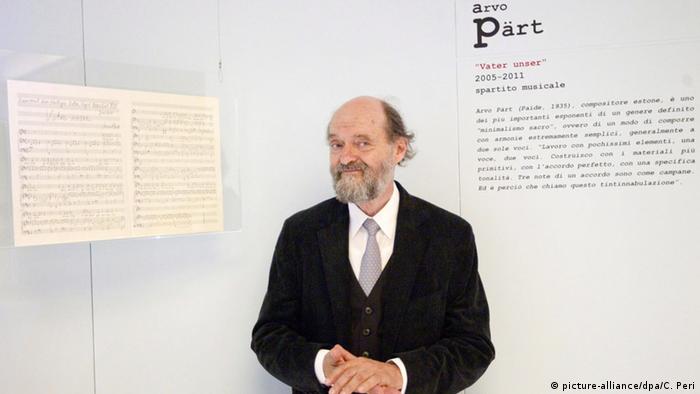 Pärt has received many international awards, including one from the Vatican in 2017. He was highlighted in a exhibition there in 2011 (above)

Focusing on the essential in coronavirus times

Ever since emerging from his years of silence, Pärt has been composing prolifically, including 10 new pieces over the last decade. His oeuvre includes chamber and orchestral works, as well as large scale masses. Because he views his faith as inseparable from his work, many of his compositions relate to Christianity, either overtly or subtly.

Numerous Hollywood films have used his music, and he is one of the most performed living composers in the world. 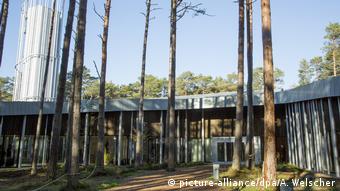 The Arvo Pärt Center, which houses an archive, artifacts, concert hall and library, was founded in 2010 and is located in Laulasmaa, Estonia

Starting in the early 2000s, various Estonian towns began celebrating Pärt's birthday every year with concerts. But this year, due to the coronavirus crisis, celebrations for his 85th birthday planned throughout Europe have had to be canceled, postponed or scaled down.

No stranger to adversity, Pärt sees the pandemic as forcing the focus back on fundamental matters. And at 85, he continues to look ahead, as he said in a recent interview for Spanish daily ABC: "Any adversity makes artists move closer to what is important, essential. Only time can show what fruits will such a focusing on the essential bear."