Longing for a better life: Syrian refugees in Jordan | World | Breaking news and perspectives from around the globe | DW | 20.11.2015

Longing for a better life: Syrian refugees in Jordan

Car horns blast as traffic backs up in front of a butcher shop in central Amman, where a Syrian refugee named Mohammad cuts, wraps and sells the meat. One of 1.4 million Syrians living in Jordan, he works here illegally. 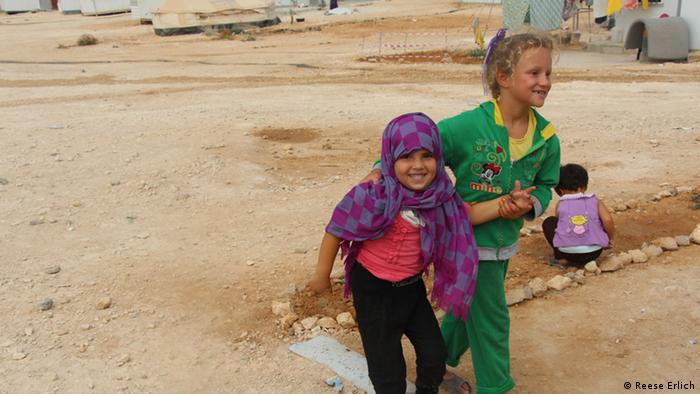 ”The businessmen can hire two or three Syrians instead of one Jordanian," Mohammad explained.

Mohammad and his family barely survive in Jordan. Facing similar conditions, some refugees have decided to leave for Europe. Over 600,000 refugees have crossed the Mediterranean to enter Europe so far this year, about half of them from Syria. The refugees risk the dangerous journey because of the horrific civil war in Syria, but also because of deteriorating conditions in Jordan and other nearby countries.

Mohammad's 46-year-old father was a civil servant in Syria, but is considered too old to find work in Jordan. So Mohammad has to support his parents and four siblings. He works in the butcher shop in the morning and sells shoes in the afternoon. He barely has time to sleep.

Mohammad and other Syrian refugees have very mixed feelings about their lives in Jordan. They have escaped the violence and destruction of Syria's civil war, but they face real hardship here. Feda Gharaibeh, a relief official with the Jordanian government, says about 150,000 Syrians are now working in Jordan, but only 5000 have legal work permits.

The government wants to help the refugees, she says, but they face a difficult problem. "They are competing with our national work force," she said. "There is a huge number of Syrians working in the informal sector without work permits. Law enforcement is a challenge, because as long as they are refugees, you cannot deport them. They have a right to stay."

The government can jail Syrians working illegally and close down their employers' business. But, she says, such drastic action is rare, and the government usually looks the other way.

The refugees have a right to survive, she says. "In a way, the government of Jordan is practicing a closed-eye policy." 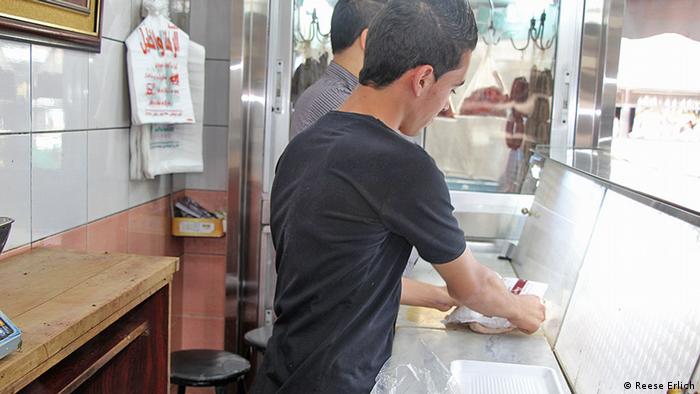 "The situation was really catastrophic for young Jordanian people," he said. "All the little jobs that were created were taken up by Syrians, because Syrians are willing to take any salary."

The alternative to allowing Syrians to work in an underground economy is to confine them to refugee camps like Zatari, home to 79,000 refugees, which is located near the Syrian border.


Children shout and cry here at the sprawling Zatari camp. The area was once bleak desert. Today, it's a huge, fenced compound with paved streets, houses, schools and small businesses.

In one sense, refugees' lives are better here than in the cities because the Jordanian government and international agencies provide refugees with food, housing, education and health care. But the refugees are confined to the camp and, according to UNHCR spokesperson Nasreddine Touaibia, the international community has failed to provide enough assistance.

He says the refugees need more aid because of the approaching winter. "It's really cold," he said. "We need to remind the international community that the Syrian crisis is still here. The conflict is not over. Countries such as Jordan that are taking all the pressure need support. And we need support."

He says the UNHCR is only getting 41 percent of the funds needed to help the refugees. Partially as a result, some Syrians are returning to Syria. Others flee to Europe.

Back at the Amman butcher shop, Mohammad says he has friends who went to Turkey and then crossed the Mediterranean to Greece, but he won't go himself.

"It's a very dangerous trip," he said. "Some people drown in the ocean. Sometimes they get kidnapped."

Mohammad and other refugees would like to return to their homes in Syria, but he doesn't see that happening in the foreseeable future.

"Even if the Syrian regime falls, the fighting would continue and we couldn't go back," he says.

For the moment, government official Gharaibeh says, the main hope of stopping the European crisis is to improve conditions in Jordan and other countries neighboring Syria that have absorbed the vast majority of refugees. She says that the government has developed a response plan for the next two years, but needs financial support from other countries.

"If they support the Jordan Response Plan, then things will be much better and it will improve the living conditions of Syrians," she said. Jordan "will play a major role in making sure that they [refugees] don't think about moving to Europe."

But it's not clear whether international donors will provide enough funds to help slow the exodus to Europe.

A German daily reports that Berlin plans not to accord full refugee status to those fleeing Syria's civil war. Migrants would be able to stay for a more limited time and would not be able to send for family members. (06.11.2015)