Hussein K., who sought asylum in Germany, has received a life sentence for a crime that made international headlines. He had previously been convicted of assaulting a woman in Greece, but was released from prison early. 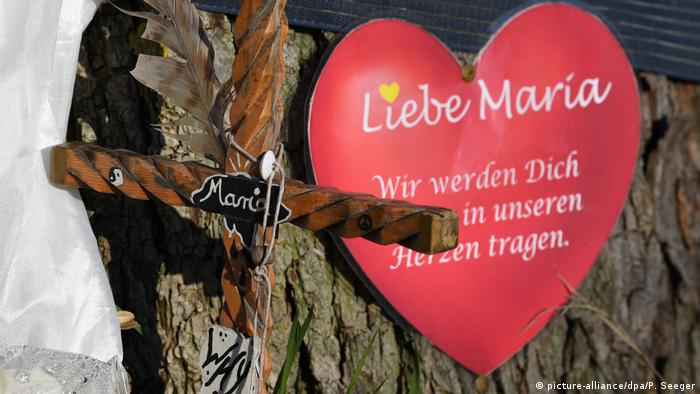 Hussein K. was convicted of murdering a medical student in the southern German city of Freiburg on Thursday after more than six months of trial. The case stirred widespread debate about Germany's refugee policy due to Hussein's arrival in Germany in 2015 as an asylum seeker, as well as due to the surprising twists and turns of the investigation that led to his life sentence.

In her verdict, presiding Judge Kathrin Schenk stressed the particular severity of the man's guilt.

"He knew that she was still alive as he laid her in the Dreisam [River], that she would drown, that she had to drown," said Schenk.

However, the judge stressed that the crime was committed neither by a refugee, nor by a foreigner, but "by a human being."

The 19-year-old medical student Maria L.* was found dead in the river in October 2016. She had been raped and strangled before drowning. The murder shocked the idyllic Black Forest town best known for its university and Gothic churches.

Read more: Freiburg: Shock in a near perfect world

Hussein K., who confessed to the crime, came to Germany in 2015 and registered as an Afghan minor. However, the homicide investigation uncovered a number of irregularities: It turned out that Hussein was born in Iran, not Afghanistan, and that he could be as old as 32.

The defendant had told the court he was 18, so he was able to be tried as an adult and not as a minor. Minors cannot be given life prison sentences in Germany.

Further angering officials was the revelation that Hussein had been convicted of assaulting a woman on the Greek island of Corfu in 2013. He had been given a 10-year jail term in Greece but was released just a year later due to overcrowded prisons. Former German Interior Minister Thomas de Maiziere attacked Greece for not only allowing Hussein to leave the country, but also for not trying to ascertain his true age.

Hussein also lied to the authorities when he said his father was killed fighting the Taliban. However, the authorities managed to reach the man by telephone in Iran, and he said his son was born in 1984, and thus was not 17 years old as he had originally claimed.

In court, Schenk said this telephone call was problematic because the man may not have understood that under German law, he had the right to remain silent in a case regarding a close relative. 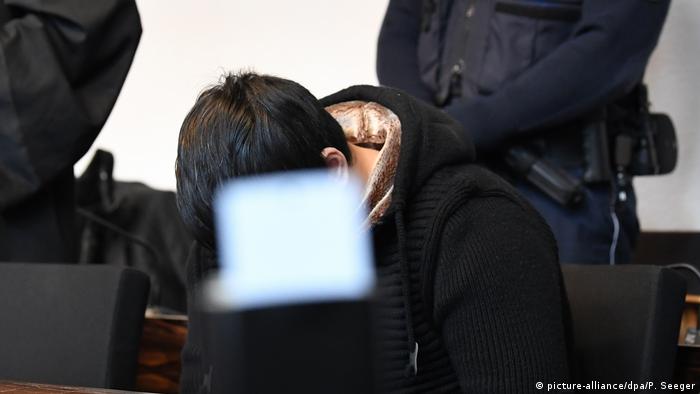 The tragedy prompted Afghan refugees in Freiburg to hold a vigil for the slain student condemning the violent crime.

Every evening at 1930 UTC, DW's editors send out a selection of the day's hard news and quality feature journalism. You can sign up to receive it directly here.

Hussein K. has testified before the court, as his trial for murdering a student begins. He arrived in Germany as an asylum seeker despite having been previously arrested in Greece for almost killing a woman. (05.09.2017)

Maria L., the 19-year-old victim, had worked with refugees before she was attacked and murdered in Freiburg in October. The Afghan migrant charged with her killing had been detained for another murder, in Corfu in 2013. (30.03.2017)