The civil war that brought down Libyan dictator Moammar Gadhafi allowed the country's women to carve out niches for themselves in public life. Now they are being squeezed out and even killed. 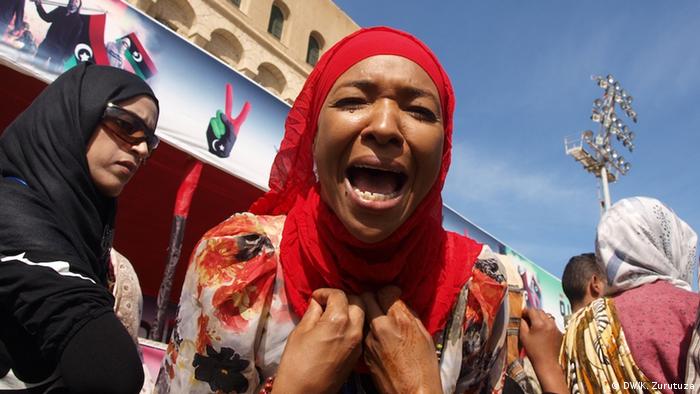 Fatma al Omrani says she always wanted to be a journalist, but that she ended up studying accountancy because women in the media under dictator Moammar Gadhafi had a reputation for being "loyal to the regime."

"There was no freedom of expression, either for women or for anyone else," the 28 year old tells DW in Zuwara, a coastal town in western Libya, near the border with Tunisia.

Paradoxically, the civil war offered her an unexpected chance to work in the media. Born and raised in Misrata, Omrani was also there when the rebel enclave suffered the brutal two-month siege by Gadhafi's troops in the spring of 2011. Her voice became familiar to everyone in the besieged city via a radio station run by the rebels.

"Men seemed to like me being there, and they gave me space back then," she recalls. After the war, Omrani moved to Tripoli where she became the first female TV presenter in the Libyan capital after the war. She stayed until 2013 despite constant threats via social media or while reporting from the street.

A year later Omrani was back in Misrata. During a live radio program, the young journalist put the focus on the aggression women face. The studio's telephone line was overwhelmed with angry calls. 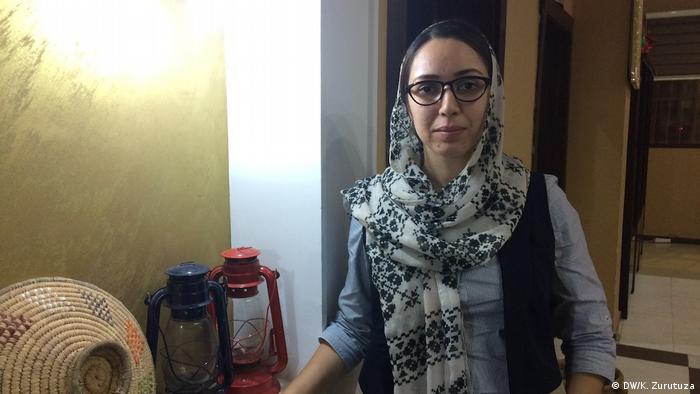 "Everybody started to insult me; only one listener supported me," she recalls. The episode was followed by death threats. "Tell Fatma that if she doesn't stop, something might happen to her," someone told her brother.

"I immediately understood that we women had played our role during the war, but that we were no longer necessary for the men ruling the country," underlines Omrani, who is active with the Tamazight Women's Movement, a group that advocates for Berber women in Libya.

Today the building that once housed Gadhafi's secret services is the headquarters of Amazigh (or Berber) language activists. For the past seven years, Libya's main minority has been working against the clock to make up for lost time after four decades during which their language was banned. Nuha al Hassi, a teacher and key figure in the field of education, is an easily recognizable face as the only woman in Zuwara who does not wear the Islamic veil.

"This country's main problem is that it is still impossible to dissociate religion from politics," Hassi says.

"After the war Libyan women understood that we had the right to speak our opinion and to participate in society, but now they want to take away everything we have achieved," Hassi says, underlining the large number of civil organizations that have emerged since 2011.

Violence against women who speak out

Apparently the situation has not improved in the east of the country — a no-go area for journalists — either. In February 2017, the spokesperson for the self-proclaimed Libyan National Army announced that all women between the ages of 18 and 45 years would have to be accompanied by a mohram, a male guardian, when travelling abroad. 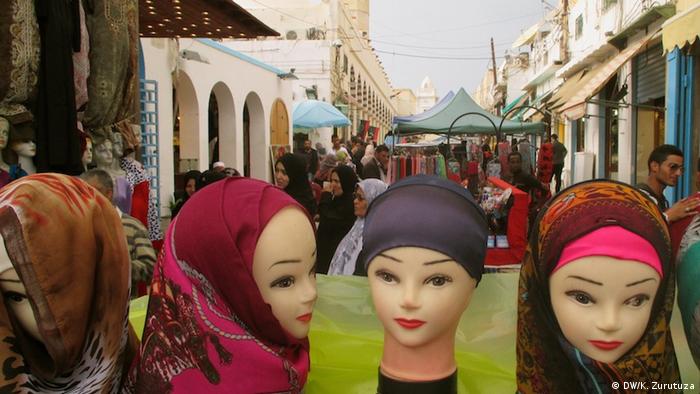 Religious authorities in Tripoli's government had made an attempt to adopt a similar measure several years earlier, but the fatwa, or Islamic edict, was never formally pronounced. The same year, 2014, the renowned lawyer and women's rights activist Salwa Bugaighis was shot dead in her home in Benghazi. She was the most visible victim in a spate of killings and disappearances of women who had been politically active.

"Salwa Bugaighis' assassination was a negative turning point for women in Libya who had actively sought to participate in public and political life following the 2011 uprising," said Heba Morayef of Amnesty International in a report issued earlier this year. She also pointed to an "escalation in gender-based violence against women who continue to fight for political inclusion."

"With Salafists taking over the political structures, it's getting increasingly difficult and dangerous for women. But it's not just about religion: Men simply don't want to see us even in the streets," Asma Khalifa, co-founder of the Tamazight Women's Movement said by phone. Today based in Sweden, the 29-year-old lawyer speaks of a generation clash between the younger and bolder women and the middle-aged ones who, she said, don't see themselves as "feminists."

The Association for the Sophistication of Arab Women is another of the many organizations that have emerged in the last seven years. From her office in Zuwara, Zeituna Moamer, its director, wants to highlight the growing role of Libyan women since the end of the war.

"During Gadhafi's rule the closest thing to civil society were the Scouts and the [state] youth organization. Today women are much more aware of our rights and we are much more organized," says the 50-year-old jurist.

While acknowledging that much remains to be done, Moamer says she does not see the need to separate religion from politics. "Ours is a Muslim country, and that is our nature," says Moamer. 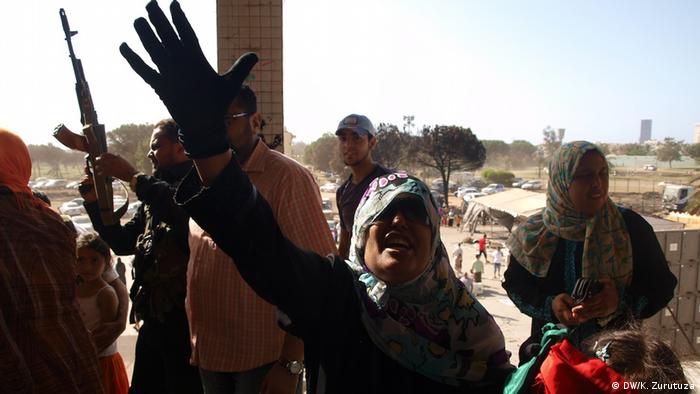 Among her many "open fronts" is trying to encourage women to denounce aggression directed against them. "Many are being raped in Libya, but they have nowhere to go, and they don't even dare to say," she laments.

From the only private clinic in Zuwara, psychotherapist Samar Auassoud corroborates Moamer's take on the alarmingly high number of rapes. She says that depression and anxiety is widespread among the local population.

"I find women to be much more exhausted than men," Auassoud says. "They are afraid of the ongoing chaos in the country, of the future; afraid for their children…" Suicidal tendencies are more common among women, she adds.

"They come to the clinic looking for attention: They need to be listened to, to let off steam and, above all, to cry," she says. "I guess we all expected a lot more."