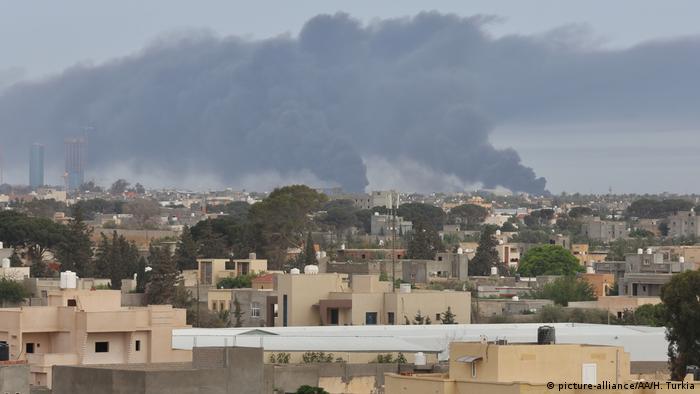 Forces loyal to the Libya's Government of National Accord (GNA) announced on Wednesday that they had retaken Tripoli International Airport, marking a major blow to general-turned-warlord Khalifa Haftar.

"Our forces have fully liberated Tripoli International Airport," said Mohamad Gnounou, a spokesman for forces supporting the UN-backed government in the Libyan capital.

The civilian airport has been out of service since it was heavily damaged in 2014. However, it represents a strategic position on the outskirts of the capital as it lies on a key highway leading to central Tripoli.

Over the past month, pro-government forces have claimed a series of victories over Haftar's forces. Last year, Haftar's Libyan National Army (LNA) had made major inroads near the capital, including capturing the international airport.

ceasefire. The UN has called for a global cessation of hostilities in order to allow health organizations to better tackle the novel coronavirus, including in Libya.

"The UN mission encourages the parties to de-escalate, consider a truce to enable improved delivery of humanitarian assistance and to refrain from incitement and create an environment conducive for negotiations and building trust between the parties," said Dujarric.

In February, the UN-backed government suspended ceasefire talks in Geneva after Haftar's forces attacked key positions in the capital, including its port.

Haftar, who supports a rival government in Tobruk, is supported by Russia, Egypt and the United Arab Emirates. Last month, the US government said Russian warplanes were deployed to Libya in support of Haftar.

The UN-backed government in Tripoli has instead received military support from Turkey, including drones that have played a key role in its latest victories against Haftar.

The Turkish government said it would consider forces loyal to general Khalifa Haftar "legitimate targets" if they didn't stop attacks on diplomatic missions. The UN has warned that Haftar's may have committed war crimes. (10.05.2020)

Libya peace talks break down as rivals pull out

Khalifa Haftar's forces have been moving towards the capital Tripoli as the internationally recognized government struggles to repel them. Efforts by the UN to reconcile the rivals have lasted almost a year. (25.02.2020)