"Russia doesn't threaten anyone," the government spokesperson has said in a bid to calm concerns raised by Ukraine, the European Union and the US. 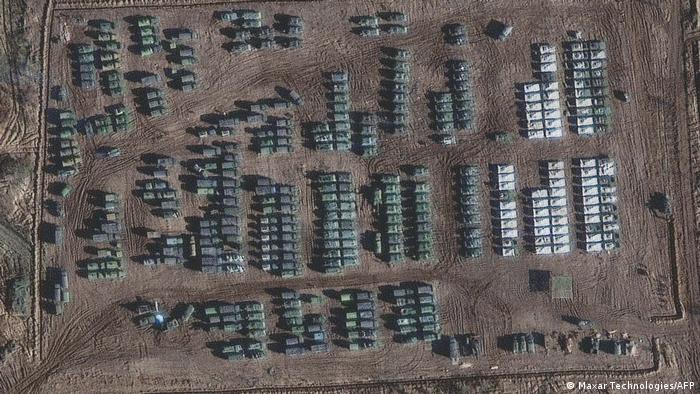 Russia on Friday played down allegations that a troop buildup near its border with Ukraine reflects aggressive intentions.

"The movement of troops on our territory shouldn't be a cause for anyone's concern," Kremlin spokesman Dmitry Peskov said during a press conference call.

Russian troops cause stir for Kyiv and allies

The troop buildup prompted fresh comments on Friday from the European Union, the US and Ukraine.

The European Commission has received "rather worrying" information about the situation on Ukraine's border, a spokesman for the EU's executive body said, responding to the comments from US Secretary of State Antony Blinken on Thursday.

"We continue to watch, and we continue to monitor the situation, and the information we gathered so far is rather worrying," a Commission spokesman told a news briefing on Friday.

Meanwhile, US Secretary of State Antony Blinken on Friday doubled down on comments made a day earlier over the buildup.

"We're very concerned about some of the irregular movements of forces that we see on Ukraine's borders," Blinken said.

"The two ministers expressed their concerns about the deteriorating security situation in Ukraine and clearly warned of the serious consequences of any further possible damage to  the territorial integrity of Ukraine," the statement said.

Ukraine's Defense Ministry claimed that about 90,000 Russian troops were stationed close to its border and in rebel-controlled areas in Ukraine's east.

Ukraine said units of the Russian 41st army had remained in Yelnya, a town about 260 kilometers (160 miles) north of the Ukrainian border, after conducting war games.

It's the second time this year that Russia has been pressured by Western powers for amassing troops near the border with Ukraine.

In April, Russia began a troop drawdown. At the time, western officials said that around 100,000 troops had been deployed for exercises.

Russia annexed Ukraine's Crimean Peninsula in 2014. It supported a separatist insurgency that broke out that year in eastern Ukraine after the more pro-Russian elected government was toppled in a popular uprising.