Kiriyenko is no reformer in the Kremlin | Europe| News and current affairs from around the continent | DW | 08.10.2016

Kiriyenko is no reformer in the Kremlin

He was seen as a liberal reformer and the man who was responsible for state bankruptcy. Now Sergey Kiriyenko is running Russia's domestic affairs. Juri Rescheto reports. 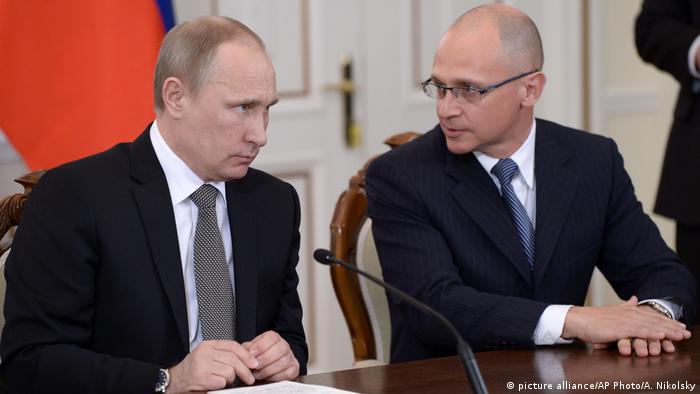 For a long time, his name was kept secret, like much of what goes on behind the high Kremlin walls. He himself spoke of "rumors." The Kremlin's press secretary, Dmitry Peskov, "didn't know about it." Now it is official: The former comrade of the murdered opposition politician Boris Nemtsov is taking over the position of First Deputy Head of the Presidential Office of the Federation of Russia. What this actually means is that he will be running domestic affairs and influencing the social climate in the country. In other words, he will be responsible for the relationship between the state and the people.

Expectations of this former "Kinder Surprise" are thus high. This was the name given to Kiriyenko in 1997 when President Boris Yeltsin suddenly recommended him to the Russian parliament, or Duma, as the youngest Russian prime minister in history. The Duma didn't want him and turned down Kiriyenko twice. It was only at the third attempt that he won enough votes. He was 35 years old at the time. His deputies, Boris Nemtsov and Viktor Khristenko, were equally young, and determined to turn the Russian economy around. 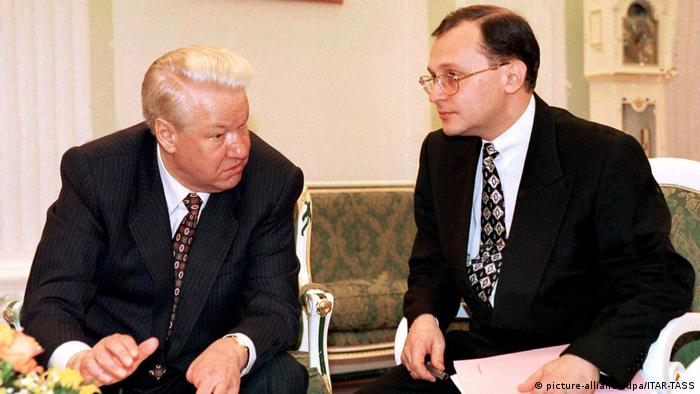 But only a few months later, this turnaround ended with state bankruptcy, with a "default." Kiriyenko and his cabinet were dismissed. The alleged savior of Russia had turned into its alleged destroyer. Many people in Russia still hold Kiriyenko responsible for the economic collapse and their empty pockets.

Despite his abrupt sacking after this brilliant rise to the upper echelons of political power, Kiriyenko did not give up on his political career. He founded a political movement called "New Power," which later joined with opposition politician Nemtsov's movement to form the Union of Right Forces. Kiriyenko and Nemtsov already knew each other well from Nizhny Novgorod, where Nemtsov had been state premier before he followed Kiriyenko into parliament in Moscow.

In 1999, they both stood together for the parliamentary elections. Their motto was, "Putin for president, Kiriyenko for the Duma! The country needs young politicians." The Union of Right Forces was voted into parliament and succeeded in establishing its own faction. During this time Kiriyenko also ran for the office of mayor of Moscow, but came in second to Yury Luzhkov.

Ironically enough, on July 25, 1998, it was Kiriyenko, then still prime minister, who introduced the Russian people to the new head of the Federal Security Service, Vladimir Vladimirovich Putin. The former KGB agent was completely unknown at the time. The two have been close ever since.

In 2000, Putin announced that Kiriyenko was to be his authorized representative in the Volga region. There followed a period where nothing much was heard about the one-time political star of the Yeltsin era, although Kiriyenko ran the state atomic energy corporation, "Rosatom," from 2005 until only recently.

Despite Kiriyenko's previous image as a liberal reformer, many experts see him as a technocrat lacking in political ideas - although there would arguably be no place for them nowadays at the Kremlin anyway. In an interview with DW, Alexei Muchin from the "Center for Political Information" recently said: "Kiriyenko's own worldview is irrelevant because his real job is actually to prepare Putin's election campaign."

The Russians will be electing a new president in 2018 and Kiriyenko is supposed only to "correct the Russian political system. This means striking a balance between the extreme conservatives and the radical liberals." But above all, his task, says Muchin, will be to polish the president's image. Like the rest of those left on the rotating personnel roundabout of recent weeks.

Muchin describes all the talk of a liberal reformer as a "liberal dream" - one that will not, he says, be fulfilled by the new man in the Kremlin, Sergey Vladilenovich Kiriyenko.

Speaking at the first Duma plenary meeting since September's elections, Putin has called on Russia to assert its position on the international stage. All 450 seats in the Lower House are filled by Putin allies. (05.10.2016)

In an unexpected move, Russian President Vladimir Putin has sacked his chief of staff, Sergei Ivanov. The former deputy prime minister has been part of Putin's trusted inner circle for many years. (12.08.2016)