Ahead of the 2018 presidential election, Russia is creating a new ministry for state security. Some are calling it the resurrection of the once powerful Soviet intelligence service, the KGB. 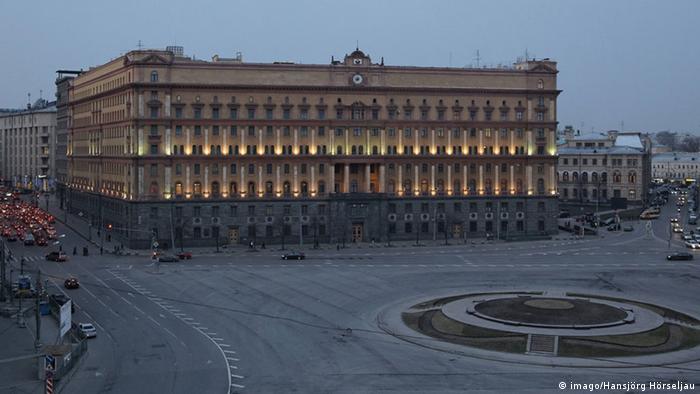 An unusual convoy of cars was attracting attention in Russia this summer. At the start of July, amateur video footage was posted online showing a group of young men posing with around 30 luxury Mercedes SUVs on the streets of Moscow.

They were recent students of the Federal Security Service, or FSB, intelligence academy, celebrating their graduation. The young men in their white shirts presented themselves as a troop of elites, like rulers in their own country. The scandal centered on the arrogance with which the new agents were drawing attention to themselves. The FSB later reported that the officers responsible as well as their superiors had their status downgraded; some were even dismissed.

The incident seems symbolic of the position of the secret service in Russia. Since President Vladimir Putin took power, the office has grown in influence. Putin was himself a KGB officer during the Soviet era; at the end of the 1990s, he headed the FSB, which replaced the KGB. For years now, he has rewarded former agents with key positions in government.

Now it's likely that another step in this direction is being taken. On Monday, the Moscow-based newspaper "Kommersant" reported that the government is planning a complete overhaul of its security and intelligence services. A new State Security Ministry, or MGB, is being created. The new super ministry would be created from the current FSB, incorporating the foreign intelligence service (SVR) and parts of the state guard service FSO, which is responsible for the security of top politicians and officials.

"Factually, it's about the FSB getting back the tasks of the Soviet KGB," wrote Kommersant. Additionally, there are plans for the new ministry to investigate especially controversial cases itself, or to monitor the investigations of other judicial bodies. The new MGB is to be established ahead of the presidential election slated for 2018. 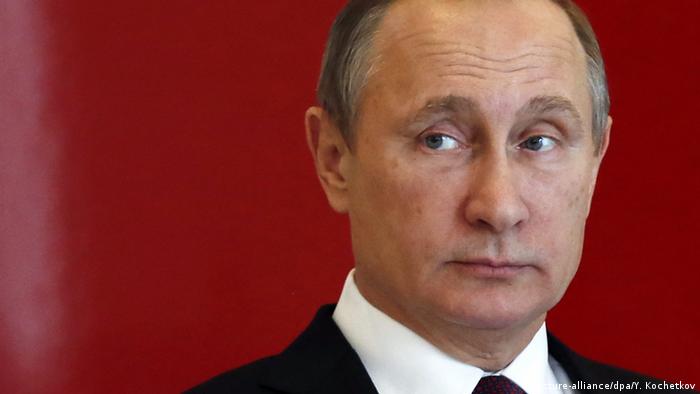 The new organization is being founded on the basis of so-called "internal troops," an army-like unit of the Interior Ministry. Russia's National Guard is directly under Putin's control. It is headed by his former bodyguard, Viktor Zolotov. Some observers speculate that the National Guard was created mainly for the purpose of putting down any potential civilian protests.

A name with a dark past

Officials in Moscow have neither confirmed nor denied the report published by Kommersant. Putin's spokesman Dmitry Peskov declined to comment on Monday. It's also not clear whether the new ministry will actually be known as the MGB. Russian journalist Oleg Kashin is doubtful. In an interview with DW, he said that the name is burdened by history. The notorious Soviet secret service was known as the MGB from 1946 until Stalin's death in 1953. "It was just for a few years after the war, but it was exactly at that point that there was a terrible wave of Stalinist repression," said Kashin.

If the FSB really does receive the powers, and with them, an old name of a Stalinist-era ministry, it would fit with the concept of a return to Soviet symbols and practices being pursued by Russian leaders. This process began in 2000 with the reintroduction of the melody of the Soviet national anthem. Stalin and his "iron fist" have been glorified for years by state media. Stalin memorials are being erected again across the country, and his image appears frequently on billboards.

In the last two years, particularly in the wake of Russia's annexation of Crimea, the process has clearly gained pace. In March, the independent research institute, the Levada Center, conducted a survey on Stalin in which a majority of Russians (54 percent) deemed his influence on the Soviet Union to have been a positive one. Every fourth Russian saw "a necessity" for Stalin's terror. According to the Levada Center, such views are becoming more commonplace. Against this kind of backdrop, the reform and renaming of the FSB appears to be the next step in this development.

Election fraud and political apathy lay just behind the veil of democracy at the Russian parliamentary polls. Long term, the legitimacy of the entire Russian system is in question, writes Ingo Mannteufel. (19.09.2016)

Russia's ruling United Russia and other parties that back the Kremlin have secured sweeping control over parliament. Low voter turnout suggested a lack of enthusiasm in the election. (19.09.2016)

President Vladimir Putin's United Russia party has won the majority in parliament. The opposition is nearly shut out. But the Kremlin's victory comes from an election with one of the poorest turnouts in history. (19.09.2016)

A former KGB agent is returning to Russia after hiding in a church in Canada for six years. He surrendered after fighting deportation over fears of repercussions in Russia - having revealed the names of other agents. (17.08.2015)

Opinion: Mikhail Gorbachev failed, and made the world a better place 31.08.2022

Many countries and people around the world owe their freedom to Mikhail Gorbachev, the last Soviet leader. His present-day successor, Vladimir Putin, could not be more different, says DW's Miodrag Soric.