Russia's ruling United Russia and other parties that back the Kremlin have secured sweeping control over parliament. Low voter turnout suggested a lack of enthusiasm in the election. 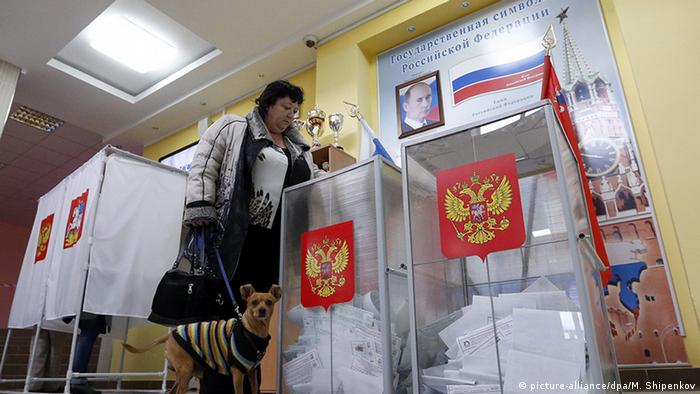 Putin's party also looked set to take 203 of 225 seats chosen directly at the district level. That would give Putin's party 338 seats in the Duma in total, or nearly 100 more than in the 2011 parliamentary election.

"We can say with certainty that the party has achieved a very good result; it's won," Putin said at the United Russia headquarters, minutes after polling stations closed on Sunday evening.

The Communists won 13.5 percent and the ultranationalist Liberal Democratic Party pulled in 13.3 percent, while A Just Russia received 6.2 percent.

The four parties entering parliament are all close to the Kremlin, while none of the liberal opposition parties cleared the five percent threshold to gain any of half the seats up for grabs.

Putin said United Russia's win showed that voters still trusted the leadership, despite an economic slowdown made worse by Western sanctions over Ukraine and low oil prices. Russia's spluttering economy is forecast to shrink by at least 0.3 percent this year.

"We know that life is hard for people; there are lots of problems, lots of unresolved problems. Nevertheless, we have this result," said Putin, whose approval ratings stand at around 80 percent.

United Russia, which was founded by Putin, will now be able to extend its dominance in Russia's 450-seat lower house of parliament, or Duma.

The victory is also of personal interest to Putin, whose aides are likely to use the result as a springboard for his campaign for re-election in 2018. The President is yet to confirm, however, whether he will seek another term in office.

Despite the success of United Russia on Sunday, the election's low turnout suggested a softening of enthusiasm for the ruling elite.

Only 47.8 percent of voters cast a ballot, marking a significant drop from the 60 percent turnout seen at the last parliamentary election.

In the Siberian region of Altai, Russian officials were investigating reports of vote-rigging. If the allegations are confirmed, the results from that region could be discounted.

The last parliamentary election in 2011 was marked by widespread allegations of vote fraud, prompting anti-government demonstrations.

The Organization for Security and Cooperation in Europe (OSCE) was monitoring the elections throughout the country on Sunday - except in Crimea, which they consider an illegally seized part of Ukraine.

Voters in Crimea also cast their ballot for the first time since Moscow annexed the peninsula in 2014, sparking international condemnation.

Opinion: The Kremlin has a firm grip on Russia

There is little to get excited about regarding Sunday's parliamentary elections in Russia. The party system can easily be recognized in recent German history, says DW's Ingo Mannteufel. (17.09.2016)