Russian elections: Trying to look democratic | Europe | News and current affairs from around the continent | DW | 18.09.2016

After accusations of election fraud and mass protests five years ago, the Russian government has worked hard to make Sunday's parliamentary elections look fair. However, experts agree that appearances are deceiving. 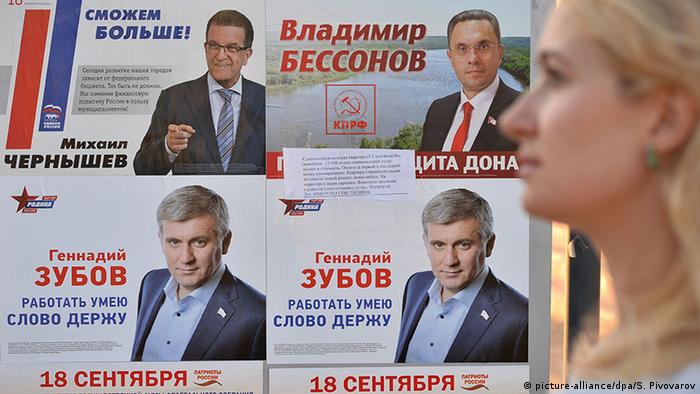 "We have united in order to start impeachment proceedings against Vladimir Putin; that is our main goal," says a bearded man in his early 50s. It has been a long time since such words were uttered in front of an audience of millions in Russia. The man's name is Vyacheslav Maltsev and he is a Russian parliamentary candidate for the liberal opposition People's Freedom Party (PARNAS) in elections which will be held this Sunday. He made the statement in a debate aired on Russian state-run television.

The unusual openness of televised debates appears to be one of a number of measures that the Kremlin has taken in reaction to events that occurred five years ago. Parliamentary elections in 2011 were overshadowed by accusations of voting fraud, setting off a wave of protests. Tens of thousands of people demonstrated in the streets of Moscow to demand more democracy. The ruling United Russia party was berated as the "party of crooks and thieves" by large numbers of Russia's citizenry.

The Kremlin reacted with a two-pronged strategy: Many protesters were imprisoned, the right to demonstrate was limited, and police powers were expanded; but at the same time there was a considerable liberalization of election rules. The restriction clause requiring parties to win a set percentage of the vote to be able to enter parliament was adjusted - with the hurdle being lowered from 7 to 5 percent - and the registration and admission of parties was also made easier.

Moreover, the Kremlin replaced the controversial chairman of the Central Election Commission (CEC). Vladimir Churov, whom Kremlin critics accused of manipulating the 2011 election, handed the job over to Ella Pamfilova, a respected human rights activist. Election laws were also changed. Now, half of Russia's 450 parliamentarians will be elected as party list members and the other half by direct mandate.

The Kremlin insists that the campaign has been free and fair. "The same chances were afforded to all, ensuring a fair and open race," said President Vladimir Putin in an address on Thursday. 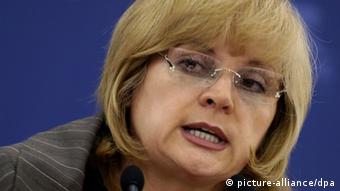 In all, 14 parties were allowed to participate in the election campaign - twice as many as in 2011. PARNAS, together with the traditionally liberal Yabloko party, is one of the two political forces that experts consider to be true opposition parties. Winning a seat in parliament would be a first for PARNAS, and Yabloko could return to the Duma for the first time since 2003. Whether they will be successful remains unclear. In recent polls both parties have been hovering around 1 percent. Individual opposition candidates, however, have better chances of winning direct mandates.

If one believes the Russian Public Opinion Research Center (VTsIOM), then parliament will once again consist of four political parties. The biggest vote-getter will certainly be United Russia. In 2011, the party suffered a setback and fell below the 50 percent mark (49.3 percent) for the first time in its history. Its popularity has continued to wane since then, yet it remains far and away the strongest political party in the country. Recent polls predict that United Russia will receive about 40 percent of the vote. But in August, the independent opinion polling institution Levada Center found that the Kremlin party's favorability was in sharp decline, falling from 39 to 31 percent. The two polls are hardly comparable, however, due to the use of differing methods. Many experts believe that United Russia will be able to counter any vote losses with direct mandate victories.

The Communist Party and the right-wing populist Liberal Democratic Party of Russia (LDPR) will have no need to worry about being re-elected to parliament. According to VTsIOM the right-wing populists could even surpass the communists to become the country's second most popular party. The last of the four parties expected to win seats is the social democratic party A Just Russia, which polls predict will win more than 5 percent of the vote.

Framework makes for an exciting election

Russia is a presidential republic and its parliament's powers are limited. Nevertheless, this election is considered an important barometer, as it is taking place under a new set of circumstances. It is the first election to be held since Russia annexed Ukraine's Crimean Peninsula. Votes will in fact be cast in Crimea, which has led to protests from Kyiv.

Russian society has experienced a strong wave of patriotism since the annexation of Crimea, and the Kremlin has been the main beneficiary of that phenomenon. "There is a strong patriotic factor, not only regarding Crimea, but especially as concerns confrontation with the West - the culture war," Alexander Rahr told DW. Rahr is an expert at the Berlin-based German-Russian Forum, and an advisor to Russian companies conducting business in Germany. The mood guarantees that a number of people will vote for United Russia on Sunday. On the other hand, says Rahr, the country is confronting a number of economic problems. Russia's economy has been seriously stricken by low oil prices and Western sanctions, and it is unclear what effect these will have on Sunday. 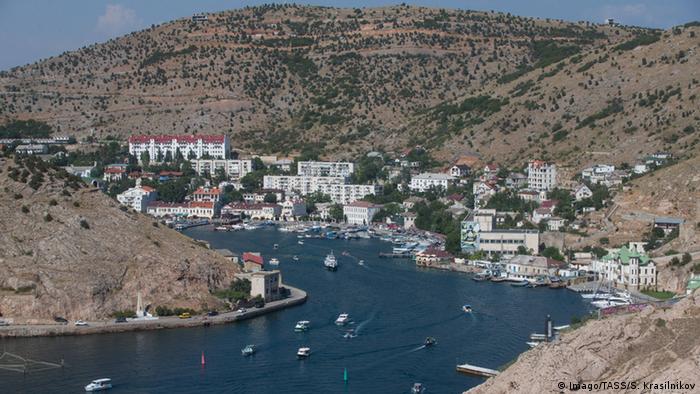 Russia's annexation of Crimea was popular with many Russians, but caused much consternation in Ukraine and the West

In any case, it does not seem that most people are particularly interested in the election. The Levada Center found that one in two Russians said they didn't care about it. That fact was confirmed by Stefan Meister from the German Council on Foreign Relations (DGAP), who was recently in Moscow. "The election campaign is barely happening; there are virtually no election posters," the expert told DW. Meister points out that the election was originally scheduled to take place in December, saying that by moving it up to September, right after the end of summer vacation, "The Kremlin wants to wrap it up quickly without raising much attention."

Despite the democratic tint, many experts are convinced that the Kremlin is fundamentally influencing the vote. The idea of a free and fair contest is an illusion, says Hans-Henning Schröder, co-publisher of "Analysis of Russia" from the University of Bremen's East European Research Department. "No one enters the Duma unless the (Kremlin) administration wants or allows them to," says Schröder. Results are filtered at a number of different levels.

Despite looser rules, a number of opposition parties were not allowed to run. For instance, the Progress Party, headed by the popular young opposition politician Alexei Navalny, was not registered. Navalny himself backed out of the tediously achieved opposition voting alliance with PARNAS six months prior to the election. Five years ago, Navalny called on his supporters to document voting irregularities, which in turn became the basis for mass protests. Today Navalny is calling for an election boycott, but the opposition camp is in fact divided, and displaying no evidence of a willingness to protest.

Just two weeks before parliamentary elections, a renowned independent polling organization faces a government threat. Experts and politicians are alarmed, including in Germany. (06.09.2016)