Russian officials have said they're investigating reports of vote rigging in a Siberian region during nationwide parliamentary elections. The pro-Kremlin United Russia party is expected to win the largest share of votes. 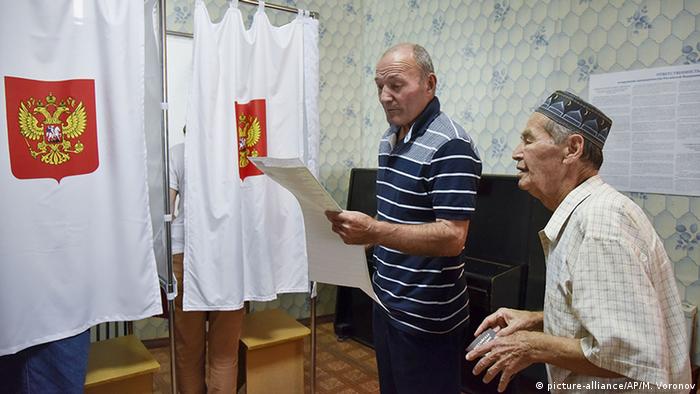 Opinion: The Kremlin has a firm grip on Russia

There is little to get excited about regarding Sunday's parliamentary elections in Russia. The party system can easily be recognized in recent German history, says DW's Ingo Mannteufel. (17.09.2016)

What hope for Russia's opposition?

Results from the Altai region in Siberia could be discounted if allegations of vote fraud there are confirmed, Russia's election commission said Sunday.

The announcement came as Russians cast their ballots to elect members of the Duma, or lower house of parliament.

United Russia, led by Prime Minister Dmitry Medvedev, currently has 238 Duma seats and is expected to hold on to its dominance in the chamber. The other three largely compliant parties in the lower house - the Communist Party, the Liberal Democratic Party of Russia and A Just Russia - are also expected to win seats.

There were massive demonstrations against the government during the last parliamentary elections in 2011 following widespread allegations of vote fraud. Keen to avoid similar unrest this time around, Kremlin officials had sought to reassure the public the vote would be fair.

Just hours after voting began, however, a candidate from the liberal Yabloko party in the Altai region of Siberia told state news agency TASS that young people were voting in the name of elderly people who were unlikely to turn up at polling stations. 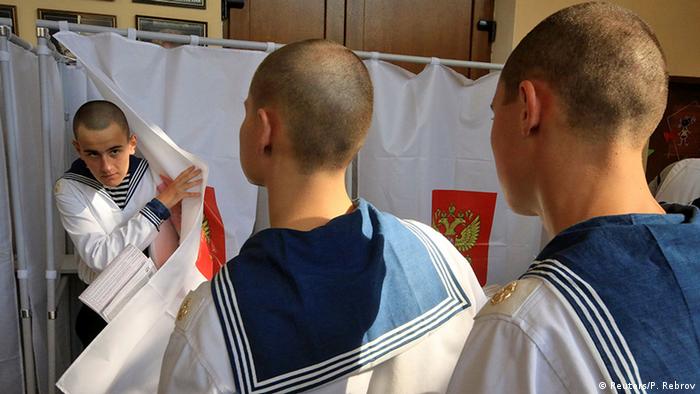 Election commission head Ella Pamfilova said Sunday morning she had received reports of so-called "carousel voting" - where votes are cast several times - in the Siberian city of Barnaul. She said if the reports were found to be true, the commission would call for criminal prosecution and "consider annulling the elections." She added that everything was "going normally" in other regions.

But Mikhail Kasyanov, leader of Russian opposition PARNAS party, told DW that "massive violations" had also been reported elsewhere, including in the capital.

"In Moscow, for example, they witnessed so-called carousel voting… And in the Samara region, our observers were prevented from entering polling stations," he said.

Election monitoring group Golos also said on its website that irregularities had been reported in a number of regions.

Pamfilova, a well-known human rights advocate, was appointed to head the election commission as part of an overhaul to boost voter confidence in the electoral process. Sunday's election also employed a different polling system considered more equitable, with half of Duma seats being decided by people voting for individuals and the other half drawn from party lists. The last parliament was elected on party lists alone.

The election is the first parliamentary poll since Russia annexed Ukraine's Crimean peninsula in early 2014. That means residents of the Black Sea territory were, for the first time, counted among Russia's 110 million registered voters.

Despite an economic recession and the Western sanctions that came in the wake of the annexation, the ruling United Russia party was still expected to garner the largest share of votes.

The Organization for Security and Cooperation in Europe (OSCE) was monitoring the elections throughout the country - except in Crimea, which they consider an illegally seized part of Ukraine.

Polling stations opened at 8 a.m. across Russia's 11 time zones. The first exit polls are expected at around 1800 UTC.