In an unexpected move, Russian President Vladimir Putin has sacked his chief of staff, Sergei Ivanov. The former deputy prime minister has been part of Putin's trusted inner circle for many years. 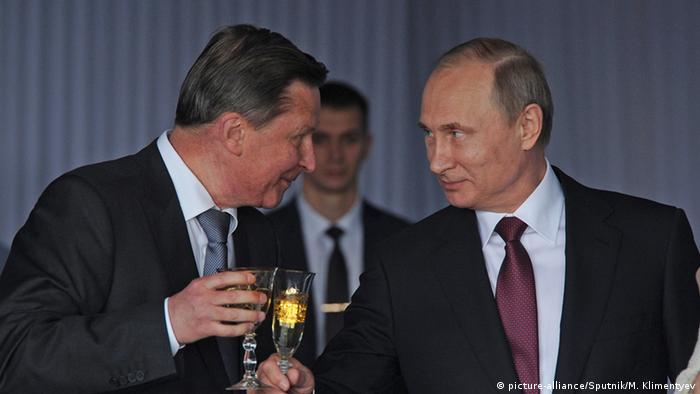 In a statement released on Friday, the Kremlin said Vladimir Putin had "decreed to relieve [Sergei] Ivanov of his duties as head of the Russian presidential administration."

No further explanation was given for his unexpected dismissal.

Russian state media was quick to air footage on Friday, however, which showed Putin thanking a smiling Ivanov for his work, with the Russian president presenting the move as a mutual decision.

"I remember well our agreement about the fact you had asked not to be in this area of work as the head of the presidential administration for more than four years," Putin said.

"This is why I am sympathetic to your desire to move on to another field."

Ivanov became chief of staff in 2011. He previously served as defense minister for six years and later as deputy prime minister.

He will now take up the post as a special representative for environmental and transport issues. Replacing Ivanov in one of the most powerful jobs in Russia is former deputy chief of staff Anton Vayno.

A reputed friend and former colleague of Putin from their days in the Soviet KGB, Ivanov had long been regarded as one of the Russian president's closest allies.

He was even considered a likely successor to Putin before Putin chose Dmitry Medvedev to run for president in 2008. Putin was unable to stand himself at the time due to term limitations.

The UK's new Foreign Secretary Boris Johnson has spoken with his Russian counterpart Sergei Lavrov about a normalization of bilateral relations. Could the mini-Cold War in Russo-British relations be about to thaw? (11.08.2016)