Fighting has reportedly continued in Aleppo despite Russia-declared ceasefires for humanitarian aid workers. There have also been further reports of chlorine and barrel bomb attacks in the besieged Syrian city. 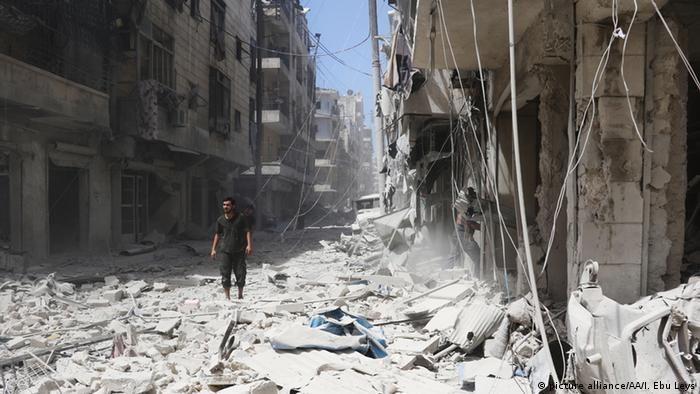 Russia was set to hold fire on Thursday for a three hour window in order for humanitarian aid trucks to arrive in Aleppo. However, shelling and airstrikes continued on the opposition-controled side of Aleppo according to several reports from activists and a Syrian watchdog.

"So far we have reports that there is shelling and fighting," said Rami Abdel Rahman, who heads the Britian-based Syrian Observatory for Human rights.

"Today since the morning, there has been a (government) attempt to advance in the Ramousah area. There has been a big escalation by Russian warplanes," said spokesman Mohammed Rasheed.

Russia, which is supporting the Syrian regime, said on Wednesday its forces would not fire for three hours each day, beginning on Thursday.

On Thursday, the UN Special Envoy for Syria Staffan de Mistura said the UN was trying to negotiate a "workable humanitarian pause" in fighting with Russia.

He urged that "time was of the essence" for Aleppo's estimated 2 million trapped civilians.

The UN said earlier that a fully-fledged ceasefire or weekly pauses were needed to reach the beseiged residents of the city and provide food and medicines which were "running dangerously low."

Fighting around the city has increased in recent days as rebel fighters broke the government forces' main route into the west of Aleppo, which was once the country's largest city, at the end of the ancient Silk Road trading route to Asia.

De Mistura also commented on recent reports of chlorine gas being dropped on Aleppo, saying the reports are under investigation. 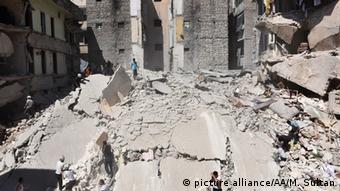 "There is a lot of evidence that it actually did take place," he told reporters, adding that should the reports being confirmed, the act would constitute a "war crime."

A hospital and a civil defense group on Wednesday reported that chlorine gas was dropped alongside barrel bombs leading to the deaths and injuries.

Hamza Khatib, the manager of Al Quds hospital in Aleppo said the hospital had recorded four deaths from gas poisoning and 55 injuries.

The Syria Civil Defense rescue service in the Zubdiya neighborhood of rebel-held Aleppo said it had recorded three deaths and 22 injuries after a barrel containing gas fell on the city.

Government and opposition forces have both denied using chemical weapons. The city has been divided into rebel and government-controled areas since 2012. State troops closed the main road into rebel-held areas in mid-July, effectively cutting off

In a letter to the US President, doctors in eastern neighborhoods of Aleppo accused the US of inaction in the face of repeated atrocities in the city.

"Unless a permanent lifeline to Aleppo is opened it will be only a matter of time until we are again surrounded by regime troops, hunger takes hold and hospitals' supplies run completely dry," the doctors wrote. But they had seen "no effort on behalf of the United States to lift the siege or even use its influence to push the parties to protect civilians."

Last month, on a single day, four basic medical centers and a blood bank in Aleppo were hit by air strikes. The doctors said that in the past month there had been a total of 42 attacks on medical facilities in Syria, 15 of them on hospitals where they worked.

Doctors in Syria urge US to act

Syria doctors call for help as fighting increases in Aleppo

Peru: Voters head to the polls amid COVID-19 surge 30m ago