The UK's new Foreign Secretary Boris Johnson has spoken with his Russian counterpart Sergei Lavrov about a normalization of bilateral relations. Could the mini-Cold War in Russo-British relations be about to thaw? 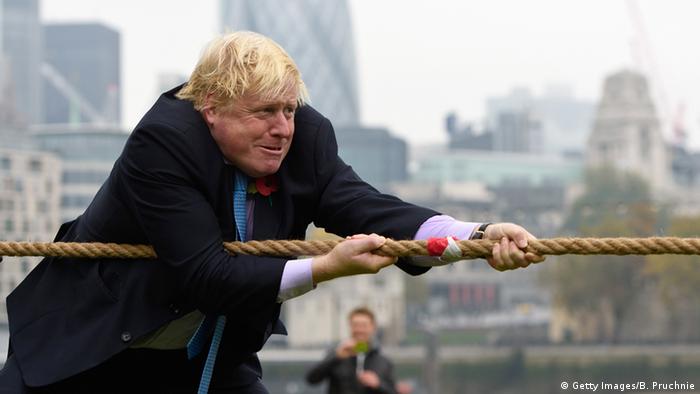 The Russian foreign ministry said in a statement on Thursday that "both sides expressed hope for a normalization in Russian-British ties and underscored the desire to step up political dialogue."

The ministers reportedly discussed the fight against terrorism and the Syrian civil war.

Johnson's recent appointment could represent the start of a happier era in relations between London and Moscow, the Russian foreign ministry said in July. The United Kingdom has been ne of the most fervent supporters of Western sanctions against Moscow over Russia's role in the Ukraine crisis.

Moscow has recently been making overtures towards Turkey and now the United Kingdom, two states on the European Union periphery with interests in the Middle East and ambivalent relations with Brussels. The moves also come as the US seems to be reconciling itself to some kind of compromise with Moscow in order to resolve the Syrian crisis.

Putin may be hoping that Johnson - himself a reviled figure in many European capitals for his support of the UK's exit from the EU - could provide Moscow with some access to Washington, if not leverage in upcoming decisions, such as how to deal with the emergency situation in the Syrian city of Aleppo. 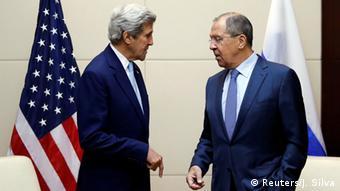 US Secretary of State John Kerry (L) meets Russia's foreign minister Sergey Lavrov during a bilateral meeting at the sidelines of the ASEAN foreign ministers meeting in Vientiane, Laos July 26, 2016.

Relations between Russia and Britain have been strained by differences over Ukraine and Syria as well as by a sharp increase in flights by long-range Russian bombers near British air space. Efforts to prosecute the case of Kremlin critic and former spy Alexander Litvinenko - murdered by radiation poisoning in London in 2006 - also muddy the waters.

"The book of Russian-British relations has been waiting for the time when not the best page in the history of bilateral cooperation will be turned," a spokeswoman for Lavrov said. "If the British side has the wish and intention under the new foreign secretary, we will support this."

Russia "will not miss [Philip] Hammond," the spokeswoman said, referring to Britain's former foreign secretary and new chancellor of the exchequer. As foreign secretary, Hammond urged Britons to vote to remain in the European Union partly on the grounds that "the only country, if the truth is told, that would like us to leave the EU is Russia. That should probably tell us all we need to know."

Russian President Vladimir Putin and British Prime Minister Theresa May spoke by phone on Tuesday and agreed to meet "in the near future" to try to improve poor relations between Moscow and London, the Kremlin said in a statement.

The two leaders are due to attend a G20 summit in China in early September.

May also confirmed Britain's intention to participate in ceremonies marking the 75th anniversary of the arrival of the first British WWII convoy in the Russian city Arkhangelsk this month.

Johnson has said in the past that the UK could not be "picky about our allies" in Syria and that Syrian President Bashar al-Assad cannot remain in power in Syria. Johnson had previously argued that Assad could help defeat the so-called Islamic State (IS) in Syria. The official UK Foreign Office view is that Assad can stay only for a short period as part of a transitional government.

US support for the Syrian non-extremist opposition is reportedly on the wane and Washington has reluctantly concluded that Russian support for Assad means the only way to oust IS is by linking up with Moscow and Assad.

The US has reportedly offered Moscow a two-part deal in which the US would accept the Nusra Front and the Syrian al-Qaida franchise would be a legitimate target for Russian air attacks.

Presidents Erdogan and Putin will be drafting a new joint road map in St. Petersburg. In return for Erdogan’s call for more trade, Putin may ask Ankara to jump start ties with Syria, Aram Duran reports from Istanbul. (08.08.2016)

US top diplomat pushes for an American proposal to reinstate a "cessation of hostilities" in Syria. In exchange for Russia's support, Washington would provide Moscow with intelligence on rebel groups. (23.07.2016)

European diplomats are set to target Russian leaders with personal sanctions, as the Kremlin-backed invasion of Ukraine continues.

UK Prime Minister Boris Johnson described the Ukraine invasion as a "turning point for the world" and said it would be a mistake to normalize ties with Russia's Vladimir Putin. Follow DW for the latest.