US top diplomat pushes for an American proposal to reinstate a "cessation of hostilities" in Syria. In exchange for Russia's support, Washington would provide Moscow with intelligence on rebel groups. 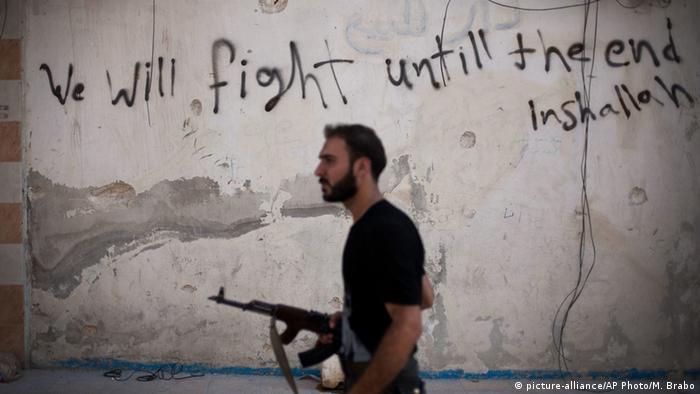 On Friday, US Secretary of State John Kerry announced that he would meet with his Russian counterpart in the coming days to discuss a proposal to bolster a ceasefire in Syria and streamline the fight against agreed-upon groups.

German Foreign Minister Steinmeier and UN Special Envoy Staffan de Mistura are attempting to reinvigorate peace talks between warring factions in Syria. A new round of talks could begin as early as August.

"The president of the United States has authorized and ordered this track," Kerry told reporters.

"It is the president's desire to test whether or not the Russians are prepared to do what they said that they will do, during our negotiations in Moscow," he added.

The proposal would require Damascus to cease attacks against US-backed opposition groups.

In exchange, Russia would receive intelligence from Washington to target militant groups operating in the country, including the "Islamic State" and Qaeda-affiliated Nusra Front, despite skepticism from US military and intelligence officials.

"We're going to test this very carefully based not on trust, based on specific steps," Kerry said, referring to the talks in Moscow. "So far, it is showing a modicum of promise, which, hopefully, we can complete."

#AleppoIsBurning: Can a Twitter trend help end the war?

Russia has come under international scrutiny for targeting rebel-held areas, including hospitals in opposition zones.

"In the event there are brackets around certain things or issues that are not resolved by the current discussions, he and I will have to resolve them," Kerry said, referring to anticipated talks with Lavrov in Laos.

The conflict erupted in 2011, when Syrian government forces launched a violent crackdown against peaceful protesters calling for Assad to step down.

At least 280,000 people have been killed and millions have been displaced by the bitter conflict.