Kashmir lockdown hinders journalists from flying abroad | Asia | An in-depth look at news from across the continent | DW | 02.09.2019

India-administered Kashmir has been under a strict lockdown in recent weeks after New Delhi revoked the region's special status. A Kashmiri journalist has now been prevented by authorities from flying abroad. 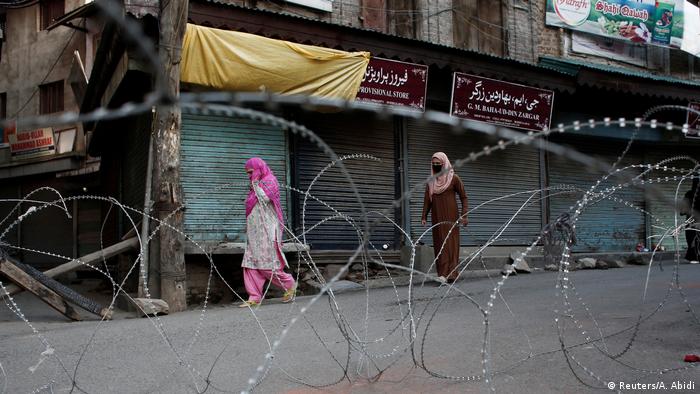 India-administered Kashmir — known as Jammu and Kashmir — has been under a strict lockdown since New Delhi last month revoked its decades-old special constitutional status. The Indian government decided to strip Jammu and Kashmir of its statehood and turn it into two territories directly governed by New Delhi.

The move touched off anger among Kashmiris. To suppress any unrest, authorities have cut all communications, imposed a curfew and deployed thousands of additional troops to a region which is already one of the most militarized in the world.

The suspension of communication services, including the internet and landline phones, has made it difficult for information to trickle out of Kashmir.

Despite the restrictions, reports suggest that people have repeatedly taken to the streets to protest against the government's decision.

Kashmir is claimed in its entirety by both India and Pakistan, although both countries only control parts of it. The region has long been a flashpoint between New Delhi and Islamabad, and two of the three wars they have fought have been over it. Both sides also fought a limited war in 1999.

In recent days, authorities said they have eased some restrictions on people's movement and restored some landline phone services.

But since New Delhi announced its move last month, prominent Kashmiris, including high-profile former chief ministers Omar Abdullah and Mehbooba Mufti, have been detained by the authorities.

The government has repeatedly declined to provide a tally of how many people have been taken into custody. They said the "few preventive detentions" were made to avoid a "breach of the peace" in a region where rebels have been fighting Indian rule for decades.

Kashmiris have also been prevented from flying abroad.

After checking in, Geelani said, he was stopped at the immigration desk for more than an hour before being denied permission to travel abroad. The journalist said that the authorities did not give any specific reasons for stopping him, and instead kept saying: "These days, there is a lot of trouble in relation to Kashmir." 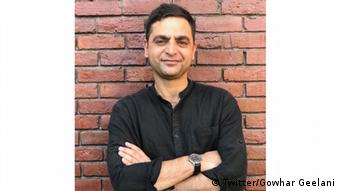 They also stressed that they were simply "following the orders" of their higher-ups.

"I am a published author, broadcast journalist, television analyst and political commentator. Last month, my book Kashmir: Rage and Reason was released by Rupa Publications. I do not understand what unknown crimes I have committed..." Geelani said.

Some Indian media outlets have falsely reported that Geelani recently re-joined DW as an editor. The media training program in Bonn is a pre-requisite to Geelani's appointment at DW's Delhi office, after which the signing of contract will follow. The journalist had previously worked for DW.

Geelani has been critical of the Indian government's recent moves in relation to Kashmir.

Geelani's was not the only case of authorities barring prominent Kashmiris from flying abroad. Last month, Kashmiri bureaucrat-turned-politician Shah Faesal was detained at New Delhi's international airport and sent back to Kashmir. Faesal has sharply criticized New Delhi's actions, telling last month that the government of Prime Minister Narendra Modi had "murdered" democracy.

Tens of thousands of people have rallied across Pakistan in opposition to New Delhi's crackdown in Indian-ruled Kashmir. Pakistani Prime Minister Imran Khan accused his neighbor of committing war crimes in the region. (30.08.2019)

People in India-administered Kashmir have once again taken to the streets to protest against New Delhi's decision to scrap the state's special status. The region has been in a state of lockdown in recent weeks. (24.08.2019)

Kashmir: Is the UN Security Council reluctant to get involved?

Although the Security Council told India and Pakistan to resolve the Kashmir dispute bilaterally, it didn't call a formal meeting or issue a statement. Some analysts dubbed the response "lukewarm." (17.08.2019)