Tens of thousands of people have rallied across Pakistan in opposition to New Delhi's crackdown in Indian-ruled Kashmir. Pakistani Prime Minister Imran Khan accused his neighbor of committing war crimes in the region. 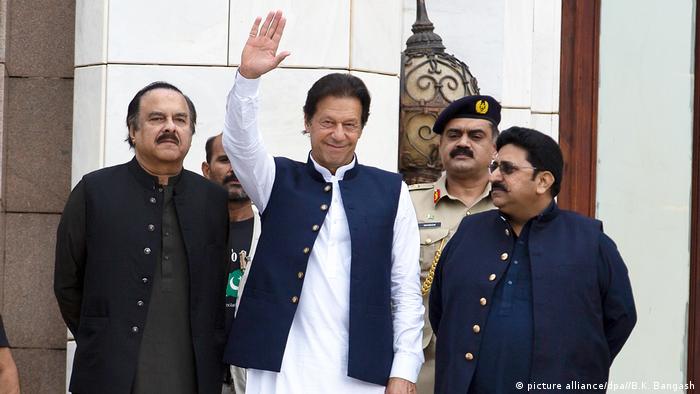 Several Pakistani cities came to a standstill on Friday as mass demonstrations erupted in opposition to India's removal of autonomy status from its portion of Kashmir.

In the Pakistani capital Islamabad, thousands gathered on Constitution Avenue in front of the government offices where Prime Minister Imran Khan vowed to continue to pressure New Delhi until the disputed Himalayan territory was "liberated."

Warning of a possible Indian attack on Pakistani-held Kashmir, he threatened Indian Prime Minister Narendra Modi with a "befitting response."

"Our armed forces are ready," Khan warned, before calling Modi a "fascist," comparing his administration to the Nazis and describing his fears of a possible "genocide of Muslims in Kashmir."

Other protesters also condemned India's move and the subsequent security lockdown, which has now entered its fourth week.

New Delhi stripped Indian-administered Kashmir of its autonomy on August 5 and sent tens of thousands of additional troops to the region, following a rise in attacks in the Muslim-majority region by separatists that India insists are sponsored by Pakistan.

The decision, which led to strict curfews and the blocking of communications across the region, has further inflamed one of the world's longest-running disputes. 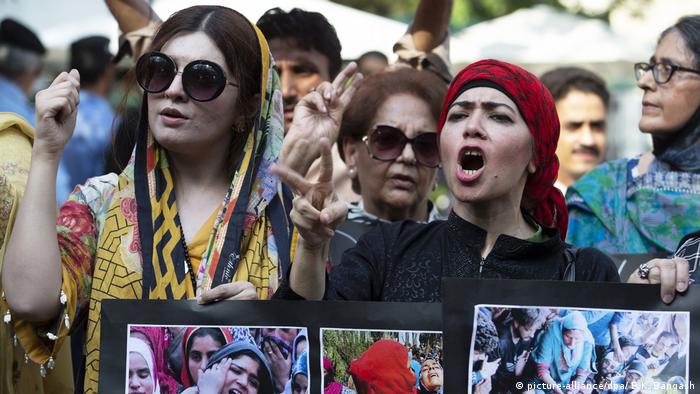 Protesters condemned India's move and the subsequent security lockdown, which has now entered its fourth week

India and Pakistan rule parts of the Himalayan region while claiming it in full. The nuclear-armed neighbors have fought two of their three wars over Kashmir they gained independence from British colonial rule in 1947.

The two foes came close to all-out war in February after a separatist attack in Indian-held Kashmir, claimed by a group based in Pakistan, sparked tit-for-tat airstrikes.

Khan has previously vowed to fight India "until the end" if attacked, while making occasional references to the possible outbreak of nuclear conflict.

Both India and Pakistan offered conflicting reports of casualties. Pakistan on Tuesday announced plans to bring the Kashmir dispute before the UN's top court. (21.08.2019)