The US national security adviser's visit to Moscow comes after President Trump vowed to withdraw from the INF nuclear pact. On the first day of meetings, Bolton hinted that the treaty had run its course. 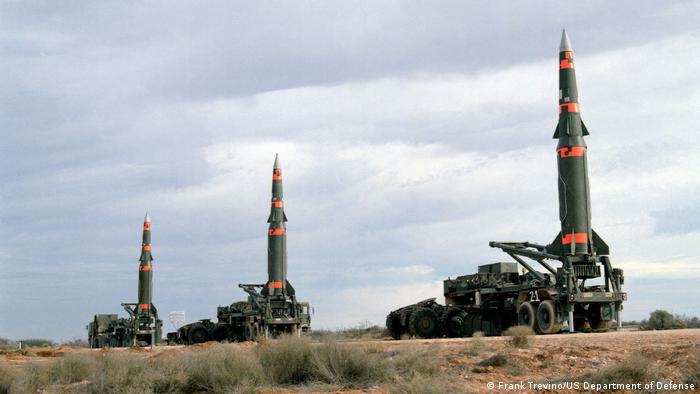 US National Security Adviser John Bolton arrived in Moscow on Monday, for two days of high-tension talks with senior Kremlin officials over the future of the 'Intermediate-Range Nuclear Forces Treaty' (INF) treaty. The visit comes after President Donald Trump announced his intention to withdraw from the landmark nuclear accord.

Bolton discussed the fate of the nuclear treaty with Foreign Minister Sergei Lavrov and Russian Security Council chief Nikolai Patrushev on his first day in Moscow. He is expected to meet with Vladimir Putin on Tuesday.

What is the INF? The 1987 treaty negotiated by then-President Ronald Reagan and Soviet leader Mikhail Gorbachev prohibits the US and Russia from possessing, producing or test-flying ground-launched nuclear cruise missiles with a range of 500 to 5,500 kilometers (300 to 3,400 miles). The treaty ended a Cold War-era crisis when the Soviet Union installed nearly 400 nuclear warheads pointed at western Europe. The US had responded by stationing Pershing and Cruise missiles in Europe.

US: Russia is noncompliant

President Donald Trump said on Sunday that the US planned to withdraw from INF, accusing Russia of "violating the terms of the treaty," a claim that the Kremlin has denied. Trump warned that the US would go ahead and develop nuclear weapons unless Russia and China signed on to a fresh agreement.

Bolton is said to have spent "nearly five hours" in talks with Russian Security Council chief Nikolai Patrushev, AFP news agency said, where he reiterated Trump's claim that Russia has been noncompliant.

"You can't bring somebody into compliance who does not think they are in breach," Bolton said, alluding to the fact that the treaty had run its course.

"We don't think that withdrawal from the treaty is what causes the problem. We think it's what Russia has been doing in violation of the treaty that's the problem," he added.

The Russians stood their ground on Monday, rejecting the notion that they had violated the treaty. But Moscow also said it was ready to work with the United States to salvage the agreement, the Russian Security Council said after the meeting between Patrushev and Bolton.

The Russian foreign ministry released a picture of Lavrov talking to a grinning Bolton, and said the two men discussed bilateral cooperation, the fight against terror, and "maintaining strategic stability."

Ahead of Jon Bolton's arrival, the Kremlin had said that Russia would be forced to respond in kind if the US began developing new missiles. Kremlin spokesman Dmitry Peskov warned that the US move would make the world a more dangerous place.

Independent Russian military analyst Pavel Felgenhauer argues that ultimately "Trump did Russia and Putin another favor by taking the blame for denouncing INF," which Vladimir Putin himself has criticized in the past. "In the immediate future, America has nothing to gain militarily from denouncing INF. But Russia has a lot to gain."

Felgenhauer told DW that Russia has already tested cruise missiles at longer range than is permitted under the treaty and will be able to deploy them much more easily without the agreement – for example on trucks instead of on submarines and cruisers. The US, on the other hand, currently "don't have anything to deploy which is prohibited under the treaty right now."

German MP Lambsdorff: 'The treaty has served everybody rather well'

No hope for negotiation?

When it comes to John Bolton's meetings with Russian officials, the military analyst told DW that they are hardly likely to lead to a new and improved treaty. He thinks China, a country Trump also mentioned in his statement about the US pullout, would not be prepared to enter into a future deal. "The treaty most likely can be considered dead," Felgenhauer adds. "Now we have a new Cold War. So that means the treaties that ended the previous Cold War are irrelevant - because they are treaties that correspond to a totally different world situation."

The result of a US pullout from the INF treaty will be a throwback to the Cold War, however, the expert argues. At the time, "it seemed that nuclear war could begin at any moment. And it actually could. So it seems like we are back to square 1 on this."

Former Soviet leader Mikhail Gorbachev, who co-signed the deal in 1987, said it would be a mistake for Washington to quit the treaty.

"Do they really not understand in Washington what this could lead to?" Interfax news agency quoted Gorbachev as saying.

German Foreign Minister Heiko Maas said the treaty was a key pillar of Europe's security architecture and the decision to withdraw was "regrettable." 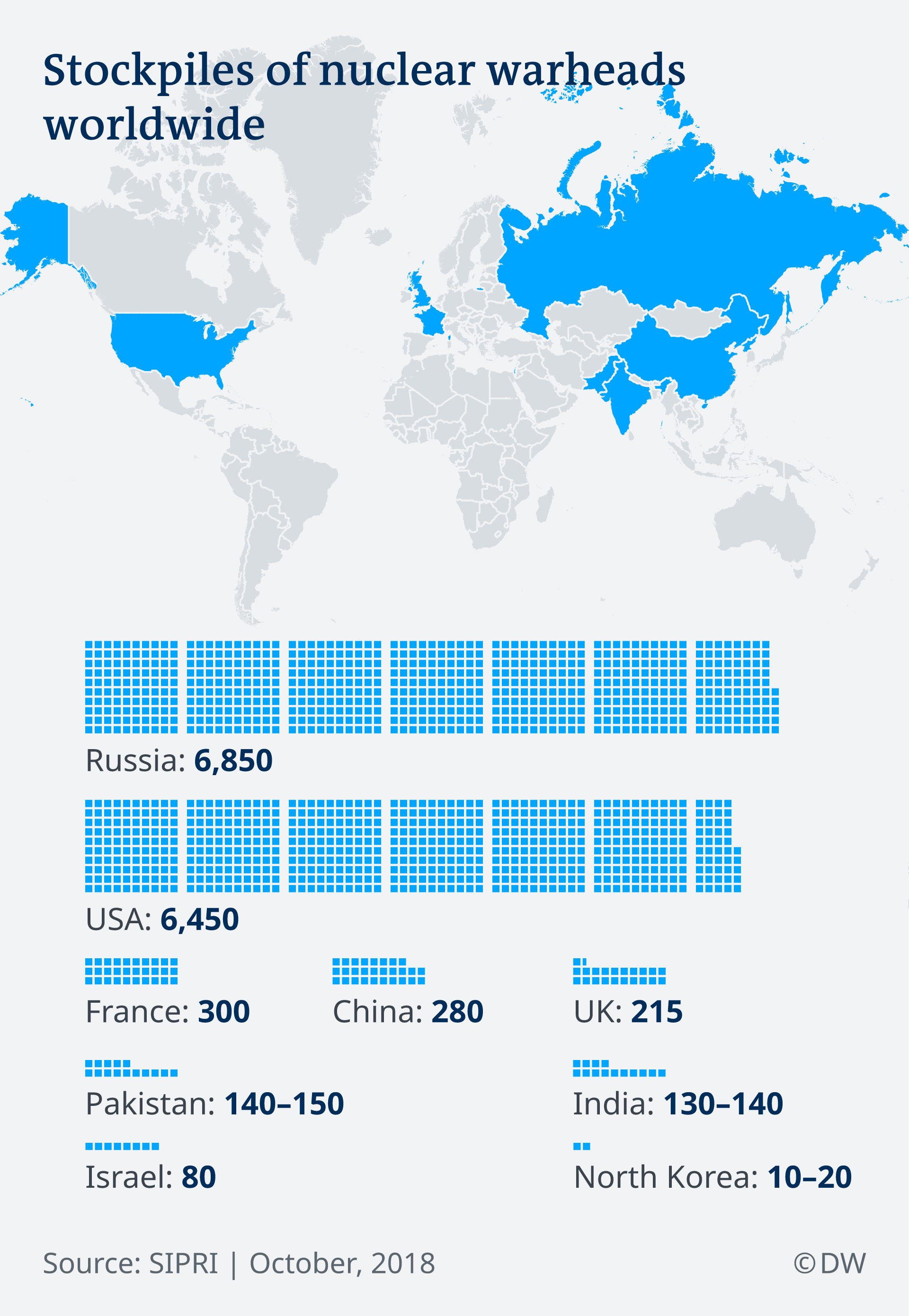 "We now urge the United States to consider the possible consequences," of quitting the pact, he said.

British Defense Minister Gavin Williamson told the Financial Times, that London stood "resolutely" behind Washington over the issue, and that the Kremlin was making a mockery of the agreement.

US-Russia policy is now wholly in the hands of Congress, which bodes badly for the Kremlin. It has lost its ability to intimidate the West as sanctions and international isolation take a toll, writes Konstantin Eggert. (21.08.2018)

Donald Trump may not agree, but there is little he can do as legislators call for fresh sanctions on Russia for its reported meddling in US elections. But penalizing Moscow again has two major problems apart from Trump. (04.08.2018)

In an exclusive interview, the NATO chief says that Moscow is investing heavily in modern warfare, which "lowers the threshold for Russia's use of nuclear weapons." He also gives his views on Trump and the Alliance. (27.06.2018)