US President Barack Obama intended to make nuclear disarmament one of his government's goals. But now the US intends to modernize its nuclear weapons stationed in Germany, according to media reports. 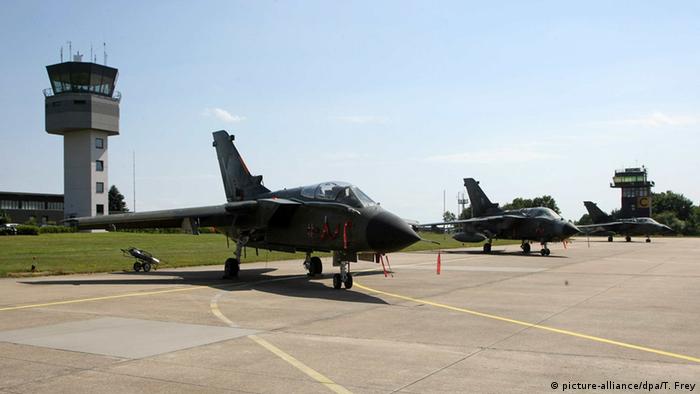 Germany's air force is preparing to adapt some of its Tornado warplanes to carry more up-to-date US atom bombs in light of plans by Washington to modernize its nuclear arsenal in Germany, media reported on Saturday.

The German newsmagazine "Spiegel" reported that US President Barack Obama had approved the last phase of development for the atom-bomb model B61-12, which is to go into full-scale production from 2020.

Washington then intended to station some of the modernized weapons at the Büchel air base (pictured) in Germany's western Eifel region, according to the report.

Experts estimate that 10 to 20 nuclear warheads from the Cold War period are currently stored in Büchel, with German Tornado warplanes standing by to carry them if it is deemed necessary. The area is under strict protection, with some US soldiers also stationed there.

Although the German parliament said in 2010 that it was in favor of having the weapons withdrawn, the government at the time, which consisted of Chancellor Angela Merkel's conservative CDU-CSU bloc and the liberal FDP, stated that this would not happen without the agreement of Germany's NATO allies.

"Spiegel" reported that the US armed forces intended to modernize other elements of their nuclear arsenal as well. The magazine reported that they had called on the arms industry to come up with proposals for a new generation of nuclear long-range missiles and cruise missiles by 2017.

The plans come as Poland and Baltic states urge NATO to up its nuclear and other military deterrents in the face of what they see as Russia's territorial aggression.

The plans for modernization would seem to contradict US President Barack Obama's stated goal of nuclear disarmament, an objective he pledged to pursue at the start of his first term in office in 2009.

Germany itself has pledged not to create nuclear weapons under the terms of the Nuclear Non-Proliferation Treaty.

NATO is not only planning to boost its forces in the east: The alliance wants to focus on counterterrorism and immigration on its southern flank. Bernd Riegert reports from the NATO summit in Warsaw. (09.07.2016)

Reports: US nuclear 'upgrades' in Europe

Upgrades of six US air bases set to stock modernized B61 nuclear bombs are continuing in Turkey and Europe, according to US and German researchers. They claim Turkey's Incirlik base stocks at least 50 such US weapons. (23.09.2015)