President-elect Biden has chosen top campaign aides to fill senior positions in his White House press team. For the first time in US history, the entire senior communications staff will be women. 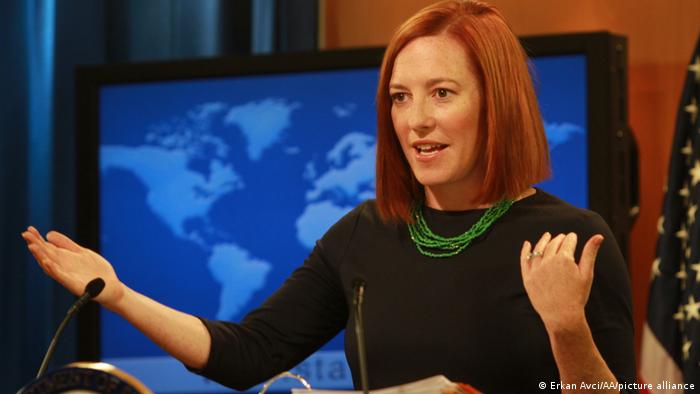 "I am proud to announce today the first senior White House communications team comprised entirely of women," Biden said in a statement. "These qualified, experienced communicators bring diverse perspectives to their work and a shared commitment to building this country back better."

Biden's transition team said the "diverse, experienced and talented women" picked for the role show the incoming president's "commitment to building an administration that looks like America and is ready to deliver results for working families on day one."

'Most diverse team in history'

For the first time, the top communications roles at the White House will be entirely female. Four of the seven appointees are women of color.

Jennifer Psaki (pictured above), who was former President Barack Obama's White House communications director, has been appointed as the Biden administration's press secretary.

"This is a team of some of the most talented, battle-tested communicators out there … who are also all women, most diverse team in history and also 6 Moms of young kids," Psaki, a longtime Democratic spokesperson, said on Twitter.

Kate Bedingfield, the Biden-Harris campaign's spokesperson, will serve as the White House communications director. She also served as the communication director for Biden when he was the vice-president.

Symone Sanders, a senior adviser to the Biden campaign, will serve as Vice President-elect Kamala Harris' chief spokesperson. Elizabeth Alexander, Biden's press secretary when he was VP, will be the communications director to incoming first lady Jill Biden.

Jean-Pierre, another Obama administration alum, will be the principal deputy press secretary while Etienne will serve as the vice president-elect's communications director.

Unlike most Cabinet-level positions, these appointments do not require Senate confirmation.

However, Biden's appointments reflect his stated desire to build a diverse team and a return to a more traditional White House press operation.

While the Trump administration has taken a combative approach to the press, holding few press briefings and often targeting the media, Biden's communications team is expected to return to a more congenial relationship with the press.

Joe Biden has said his administration will strengthen the US role as a leader "across the world." At an event unveiling his national security team, the president-elect also stressed his commitment to global cooperation.