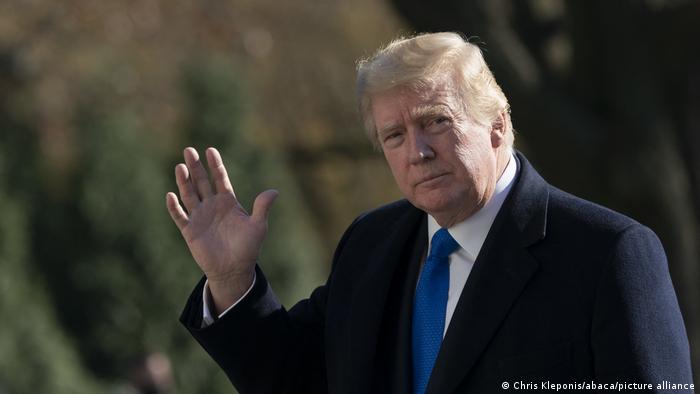 In his first television appearance since the US election on November 3, Donald Trump said he would continue to fight the results of the presidential poll.

Representatives from Trump's presidential campaign and other members of his Republican Party have filed multiple lawsuits contesting the results of the election. The outgoing president has refused to concede the White House race to Democrat Joe Biden, even as US states begin to certify their election results.

"My mind will not change in six months," Trump told conservative broadcaster Fox News. However, he expressed doubt as to whether the US Supreme Court would hear any of the cases.

"We have to move very fast," Trump said of the legal challenges. "The problem is it's hard to get it to the Supreme Court."

But the sitting president has alleged widespread voter fraud, which nearly all political analysts agree didn't happen. He and his team have filed multiple lawsuits in those five states, as well as Nevada, in an attempt to change the outcome of the vote.

On Sunday, Wisconsin finished a recount of its presidential results and confirmed Biden as the winner, dealing another blow to Trump's efforts. Earlier this week, Pennsylvania and Michigan confirmed their election results despite pressure from the US president.

While legal challenges have failed to prove voter fraud in court Trump's rhetoric has resonated with his supporters, with many rallying around the country calling on election authorities to "stop the steal."

Earlier this week, President-elect Joe Biden was finally allowed to start his transition process to the White House, including naming members of his presidential Cabinet.