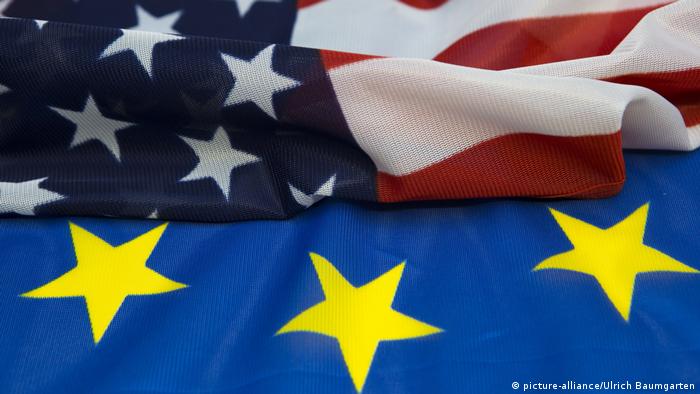 US President-elect Joe Biden's first Cabinet appointments have been seen as welcome news for many leading politicians in Europe. The fact that so many Obama administration alumni, including Biden himself, are set to return to the White House indicates a departure from the often-fraught ties between the US and European Union during the era of Donald Trump.

Portugal's foreign minister, Augusto Santos Silva, told DW that it was important the EU rebuild what he called the "trans-Atlantic bond." Brussels must "seize the momentum to restore the relationship between the Europeans and the Americans as a relationship of allies," he said.

Antony Blinken, tapped to be the next secretary of state, served as Washington's number two diplomat under Barack Obama. Jake Sullivan, named the next national security adviser, served in a similar capacity for Biden when he was vice president.

Perhaps most familiar to EU officials is John Kerry, Obama's former secretary of state who will act as an envoy on climate change for the Biden White House.

From enemies to friends?

"I think there is an opportunity right now with the election of President Biden and the appointment of the next Secretary of State, Blinken, who is a very pro-European diplomat and politician," said Santos Silva, who was in Berlin on Tuesday to meet with his German counterpart Heiko Maas.

Portugal is due to take over the rotating presidency of the Council of the European Union from Germany in January.

German Foreign Minister Maas echoed Santos Silva's sentiments while speaking in Berlin, saying he wants to "repair" trans-Atlantic ties under Biden after years of "damage control" with the Trump administration.

Norbert Röttgen, a foreign policy expert for German Chancellor Angela Merkel's conservative CDU party, called Biden's Cabinet appointments "the best that we could have wished for."

Speaking to the Redaktionsnetzwerk Deutschland newspaper group, Röttgen noted that he knew Blinken, Sullivan and Kerry personally, and had been "talking to them for years."

"Their view of the world is very similar to ours," he said, adding they can "bring a new energy into the trans-Atlantic relationship."

Closer cooperation on trade and technology?

"I think the EU sees it also has an opportunity, because they have a huge agenda of things that have not worked with the Trump administration — on trade and technology — that are now open to agreement," said Henning Riecke of the German Council on Foreign Relations.

Riecke told DW that Biden's administration opens up the possibility for ending punitive tariffs on European companies, as well as working together more closely with the EU on foreign policy. For instance, Brussels and Washington "could agree again on deeper cooperation and a joint approach when it comes to meeting China's rise, especially in the area of technology," he said.

"Europe has a lot to offer, and it must offer it now," Riecke added.