Japan is among the most controversial countries when it comes to whaling - even more so after its most recent intervention at the IWC meeting. DW discussed Japan's stance on whaling with its official representative. 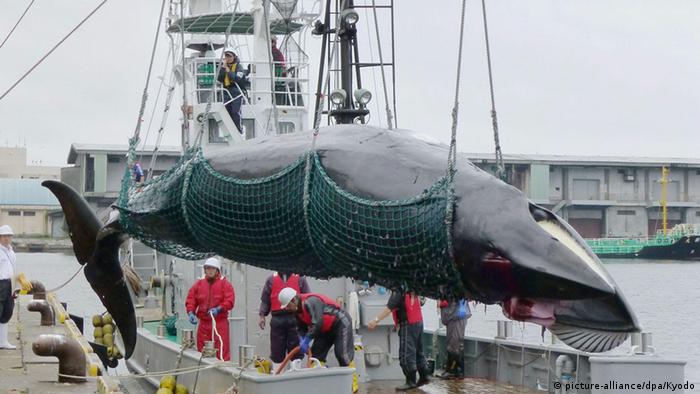 Japan has generated numerous headlines and been the target of strong international criticism in past years due to its controversial whaling practices - and its dubious scientific whaling program.

At the 2016 meeting of the International Whaling Commission, the Asiatic country has reiterated its intention to continue hunting whales. Again this year, it has opposed a proposal for creation of a South Atlantic whale sanctuary - as it has done for 17 years.

On Thursday (27.10.2016), the IWC voted to more stringently review permits for whale hunting by Japanese vessels for "scientific research."

However, Japan's motivations for such decisions often remain a mystery. DW talked to Japan's representative at the IWC meeting to get Japan's perspective on whaling.

DW: The proposal for the creation of the South Atlantic whale sanctuary has failed again at the IWC meeting. Why does Japan oppose it?

Glenn Inwood: It is wrong to characterize this debate as being between Japan and Western countries. There are member countries at the IWC that support the principle of sustainable utilization. In their view, the proposal for the South Atlantic sanctuary by Brazil is not a credible management tool. It is purely aimed at keeping controlled whaling out of those waters - but marine management should be based on risk.

There are many tools available to mitigate risks, and a sanctuary is just one tool. There is currently a moratorium on commercial whaling, so in the 16 years that this proposal has been discussed at IWC, not one whale has been hunted in that area.

Decisions at the IWC are supposed to be based on science. No management program can be effective without it being underpinned by robust science - and that is the basis for Japan's program in the Antarctic.

Brazil, Argentina and the other countries proposing the sanctuary are able to turn their territorial waters and exclusive economic zones into protected areas against whaling using their own domestic legislation if they wish - but it is a different matter when it comes to international waters.

DW: What would Japan propose as an effective management tool?

Japan approaches all of the IWC proposals from the principle of sustainable use. That means that whale resources would be used in a controlled manner and only on abundant species, such as the Antarctic minke whale.

The sanctuary is not an effective management tool because it cannot mitigate other risks to whales, such as ship strikes or ocean pollution. When you tear away the layers, Brazil's proposal is solely a naked attack on future whaling activity.

An effective management tool would be a catch management plan implemented by the IWC, with catch issued using the agreed method for determining quota, the revised management procedure. 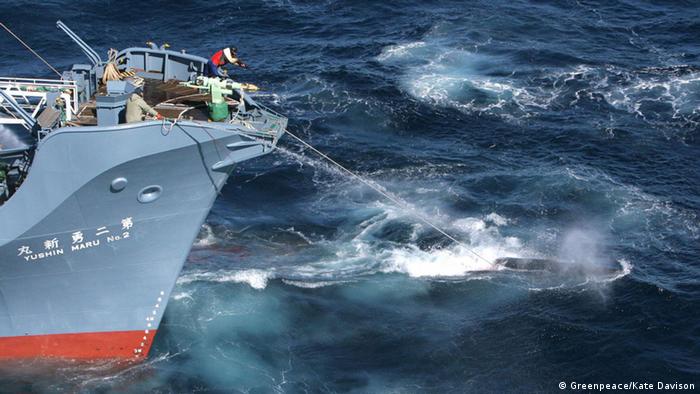 The IWC has been deadlocked for a long time because the basic question - about how the world community uses whale resources - is not being answered. The problem is that some parties to this organization do not wish to see any extractive use of whale resources, and that stance is in direct contradiction to the very international convention [the International Convention for the Regulation of Whaling (ICRW)] those countries signed up to.

DW: Can whaling be sustainable?

Sure, and it is very easy. The IWC already has robust population data on whale stocks. For example, the Antarctic minke whale population, which is a target species for Japan, is shown to be around half a million to a million in the Southern Ocean alone. And I think all [whaling] commission members admit that this is an abundant species.

The way to do it is to have control measures in place so that the international community can feel confident that catches are being recorded effectively, and that the hunt remains sustainable. Whaling in the 21st century is primarily for food, so the drivers that led to species depletion in the 19th and early 20th centuries are no longer there.

DW: Japan wants to ease the moratorium on commercial whaling, as well. Why?

Japan is not asking to lift the moratorium. What Japan is saying is that the moratorium can be relaxed, species by species. You can have a controlled harvest of whale species that are abundant, while the moratorium remains in effect for other species of whale where the science is limited. That would be a way for the IWC to move forward.

DW: So does Japan only hunt whales for scientific purposes?

The basis for Japan's whaling efforts is founded on the principle of sustainable use based on science. But its whaling activities are also for cultural and dietary reasons. 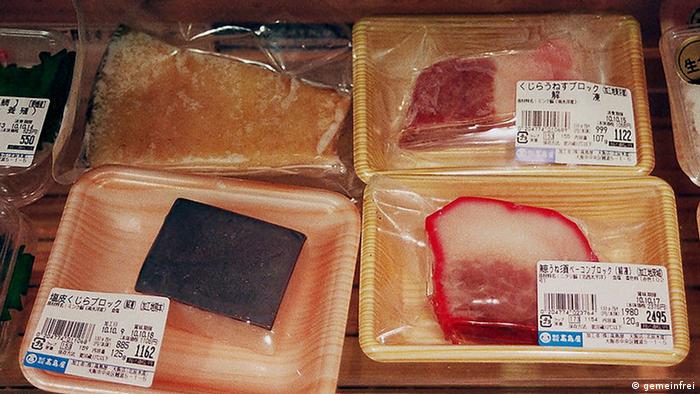 According to research, in Japan just 30 grams (one ounce) of whale meat was consumed per person in 2015

Importantly, the purpose of the International Convention for the Regulation of Whaling is to develop whaling for the benefit of the consumers of whale products. And this is an important distinction to be made, because the convention should be a guide for all members of the IWC. There is a conservation objective, and conservation is defined as sustainable utilization.

Ultimately, the only whaling that occurs in the world today, whaling done by the United States, Russia, Japan, Canada or any other of the countries that do it in the 21st century, is primarily for food. It is about securing a food resource for those who wish to eat it.

Japan has no intention of imposing its ideals or its norms on other countries and believes that others countries should not impose their views on them.

Glenn Inwood is a consultant acting for the Government of Japan on matters relating to the International Whaling Commission and is the spokesperson for the Japanese delegation at the IWC meeting in Slovenia.

Whale meat and blubber has long been a staple of the Faroese diet, but with pilot whales increasingly contaminated by toxic substances, this traditional food source is silently poisoning the local population. (13.10.2016)

The International Court of Justice in The Hague has dismissed Japan's claims that its whaling program is for scientific research and ordered the country to halt whaling activities in the Southern Ocean. (31.03.2014)