The International Court of Justice in The Hague has dismissed Japan's claims that its whaling program is for scientific research and ordered the country to halt whaling activities in the Southern Ocean. 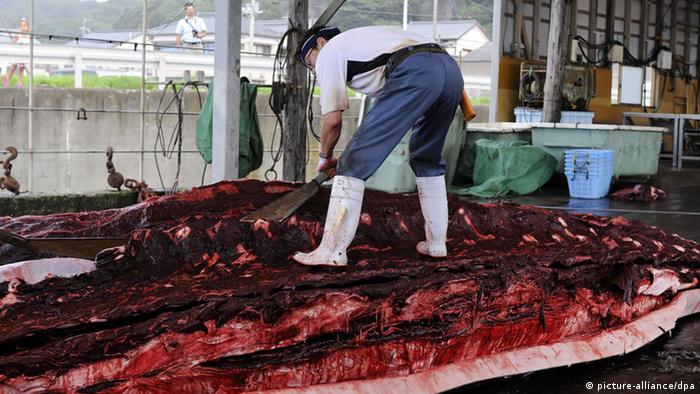 Japanese whaling in the Antarctic will temporarily come to an end following a landmark decision by the International Court of Justice (ICJ). The court dismissed Japan's claims their fleets were hunting whales for scientific purposes, citing shortcomings in program design and poor evidence that the program produced scientific data.

"We are disappointed," said Nori Shikata, spokesman for the Japanese government on this case. "Our program is for scientific purposes and not for profit. But, we will abide by the judgement of the court."

This means the Japanese government will no longer give whaling fleets permits for hunts in the Southern Ocean.

There has been an international ban on commercial whaling in place for more than 25 years. But according to the Australian government, Japan has killed more than 10,000 whales since that ban went into force. Australia, backed by New Zealand, launched a case against Japan last June, arguing that the country is hunting whales for commercial purposes, which is banned.

The ICJ decision is a major victory for Australia and for conservationists seeking to protect whale populations. 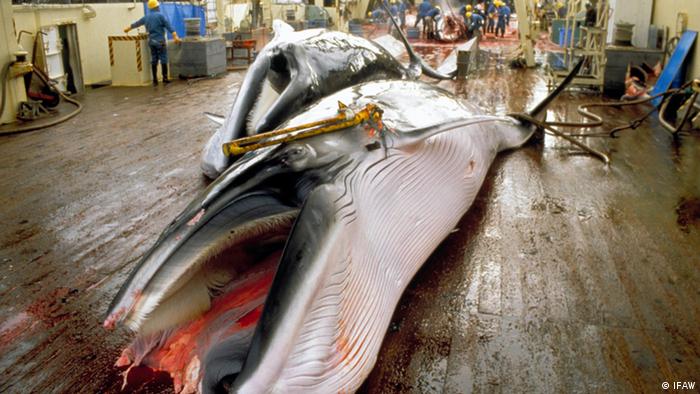 "It's good to hear that the whales are safe from this bogus research claim," said Sven Matthiessen from Sea Shepherd, an environmental action group which has clashed many times with Japanese whaling vessels on open water.

"I'm very happy. The whales will be free for the next few years and no harpoon ships will go after them. There will be no kills in Antarctica - it's a very good decision."

Tokyo has long argued that the hunts allow them to measure the impact of whales on Japan's fishing industry and to monitor the population’s recovery from overfishing. But according to Matthiessen, conservationists and scientists see little value in the killing of whales for research.

"The only information you can get from a dead whale is from the little plug in its ear, which tells you how old it was when it died," he said, adding that biopsies, blubbler samples, satellite data and excrement are far more revealing for scientists.

"There is no need to kill whales. You can get more data observing them alive," Matthiessen said. But he added that this debate simply isn't about science - it's about economics and a powerful battle in Japan to keep the commercial whale meat market alive.

Whaling was once a widespread practice, but Japan is now one of only three countries, alongside Iceland and Norway, that continue the practice. In Japan, it is perfectly legal to sell and consume whale meat and meat from their whaling program does end up in restaurants and grocery stores. 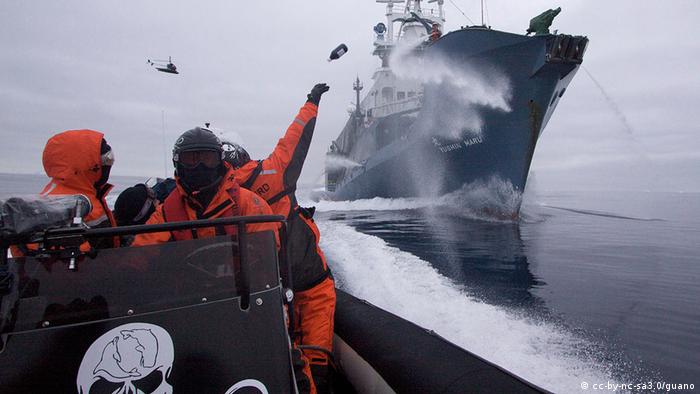 Critics argue that the market for whale meat in Japan is rapidly shrinking and government subsidies for the whaling industry are no longer justified.

"As long as these research programs are subsidized by Japanese taxpayers, whaling will continue," Matthiessen says. "But it's difficult for the whaling industry to provide reasons to go to the Southern Ocean. It's not scientific, they don't make any profit - so why go down there and waste taxpayer money?"

Monday's court's decision does not mean Japan's whaling fleets will stop working completely though. According to Nori Shikata, Japanese officials intend to review the decision closely and reshape their whaling program.

The ICJ ruling found that killing whales for scientific purposes would be justifiable under international law, if the studies were better designed.

Japanese media often report on clashes between environmentalists and the country's whaling fleet in the Antarctic. Yet there is no debate about a heavily subsidized industry producing food that only a few desire. (26.02.2014)

Japan has asked the Netherlands to take "practical measures" against a Dutch-registered anti-whaling vessel. The boat collided with a Japanese whaling ship off Antarctica over the weekend. Both sides have traded blame. (03.02.2014)