Japan struggles with growing cannabis use

The consumption of drugs in Japan still lags behind some Western nations, but a new generation of young and curious Japanese is willing to break the rules for a new experience. Julian Ryall reports. 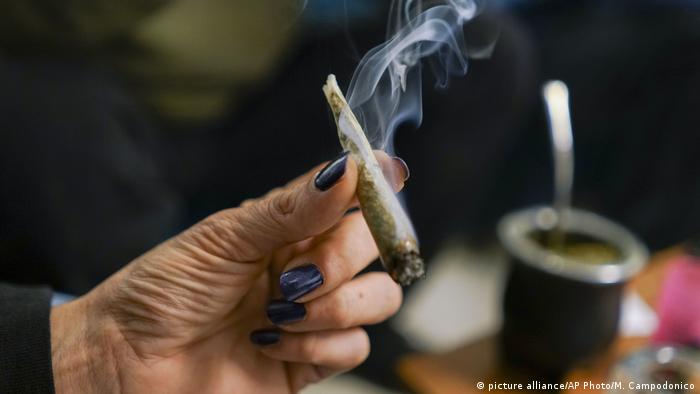 The flippant responses given by a group of high school pupils arrested in mid-May in Kochi Prefecture, southern Japan, for possession of marijuana have triggered alarm in a nation that famously has a zero tolerance policy towards any form of illegal narcotics.

In all, the police arrested 12 people, of whom six were schoolboys in their teens. Questioned by officers over why they had bought drugs from a man with links to one of Japan's "yakuza" underworld groups, one of the boys reportedly said, "We wanted to be like foreign musicians so we smoked weed."

The arrests coincided with the release of police statistics that show 3,008 people were arrested on charges related to cannabis in 2017, up 472 cases from the previous year and the highest annual figure ever recorded in Japan.

The June 5 edition of weekly news magazine — Spa! — ran a headline declaring "Cannabis fever" and a story about how cannabis use is becoming commonplace among 20- and 30-something professionals.

While a number of US states and European countries are legalizing "soft drugs" and the authorities in more jurisdictions are effectively ignoring anyone caught with small amounts for personal use, Japan remains absolutely committed to a blanket ban on all forms of narcotics, and it enforces the rules rigorously.

"Japan decided its rules on cannabis after we were defeated at the end of World War II and the Americans came here," said Junichi Takayasu, an author and curator of the Marijuana Museum in Tochigi Prefecture, north of Tokyo.

"Japan actually had a small but long-standing use of hemp, which was used for cloth, paper and traditional medicine," he told DW. "But that changed in 1945 because the Americans brought with them the concept of full prohibition, just as they had done with alcohol in the 1920s and early 1930s. And I see no likelihood of the government here relaxing its rules any time soon."

Makoto Watanabe, an associate professor of communications and media at Hokkaido Bunkyo University, agrees that Japan's stiff narcotics legislation — even for drugs that are considered relatively innocuous elsewhere — is here to stay.

"It's true that in comparison with a lot of other countries, these arrest figures are low, but this is a society with a long and strong opposition towards drugs," he said. "And that makes any increase — as we have just seen — a serious matter.

"I remember seeing adverts on television when I was a child saying 'quit drugs or quit life' so we have been told from a young age that all drugs are bad," he said. "But I am not sure why there has been this recent increase in marijuana use among teenagers and younger people.

"Maybe it has something to do with stress related to work or other sorts of social pressure, although there is also the likelihood that some people see it as being fashionable," he added.

Famous musicians have indeed fallen foul of Japan's strict drugs laws, with Paul McCartney spending 10 days in prison in 1980 after marijuana was found in his luggage after he arrived for a series of concerts. The Rolling Stones had to wait many years before they were given visas to perform in Japan due to their well-known consumption of illegal narcotics.

Rising demand has, inevitably, triggered an increase in producers willing to take the chance of avoiding being caught in return for a quick and sizeable profit.

K declines to reveal his full name, but earns a lucrative profit growing marijuana in the basement of an ordinary-looking family house in a suburb of Tokyo.

"Drugs have become more fashionable in the last few years and a lot of people think of it in just the same way as having a drink or a cigarette," K says, admitting that young people are attracted by the glamour attached to pop stars, actors and even professional athletes who have been caught in recent years in possession of illegal drugs.

Yuichi Takaso, a professional surfer, was found guilty in 2009 of possessing drugs and his actress wife, Noriko Sakai, was arrested a few days later on similar charges. Ironically, Sakai appeared in a government television campaign against drug abuse.

Concerned at reports of increased drug use among students, the prestigious Waseda University sent a letter to every student titled, "Warning against illegal drug use."

"For the younger generation, especially university students, there is a great temptation to engage in drug-related activity. This has become an extremely serious social issue, partly because the smoking of cannabis (or marijuana) is so easily done, no special devices or equipment being necessary for its recreational use.

"Tempting words are often used to lure people into drugs: 'Recover from fatigue,' 'Refresh your mind,' 'Take the easy route to dieting.' Such encouragement is vicious and despicable, first of all because the information is based on falsehood," it said. "Secondly, and far more importantly, those who are foolish enough to fall for such lures all too often end up physically and mentally ruined, perhaps leading lives of crime."