China this week backed a call from Japan for Asian countries to launch a single currency trading bloc for the region, but whether there is sufficient political will for such a project remains to be seen. 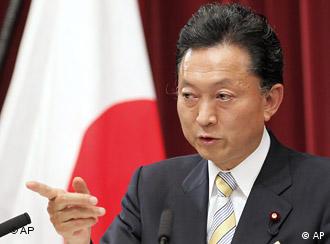 Trade ties, the environment, regional security, disaster relief and human rights were just some of the items on the agenda of the 15th summit of the Association of South-East Asian Nations (ASEAN) in Thailand. The most heated topic for discussion, however, was likely to be a renewed call from Japan for 16 countries in Asia and Australasia to create an EU-style single currency area which would - if it gets off the ground - fundamentally change the global balance of power.

The 10-country ASEAN bloc (Brunei, Burma, Cambodia, Indonesia, Laos, Malaysia, the Philippines, Singapore, Thailand and Vietnam) is already committed to establishing a single market and manufacturing base by 2015 as well as expanding trade and economic links to regional trading partners such as China and India.

Japan's more ambitious plans include the adoption of a single currency and the creation of a far larger trading bloc taking in not just ASEAN countries but all countries of the East Asia Summit, which brings ASEAN together with Australia, China, India, Japan, New Zealand and South Korea.

Over the course of the weekend all 16 countries were expected to discuss the plan at the East Asia Summit, which follows on from the ASEAN annual summit. The idea of establishing a single-currency East Asia Community has been mooted before. Renewed Japanese enthusiasm for the idea follows last month's landslide elections which saw Prime Minister Yukio Hatoyama sweep to power.

Japan's push for more economic integration in the region received a boost on Wednesday when China said it was ready to discuss the idea.

Earlier this year China demonstrated its enthusiasm for further cooperation between Asian countries when it pledged to create a $10- billion (6.6 billion euros) fund to develop infrastructure in China and ASEAN member states.

On one level things appear to be going well for the ASEAN grouping. With its population of 580 million people and combined gross domestic product last year of $1,500 billion, ASEAN is an economic force to be reckoned with. A trade deal concluded in 1992 has eliminated tariffs on most goods and a free trade zone between China and ASEAN is expected to come into effect in Jan. 2010. 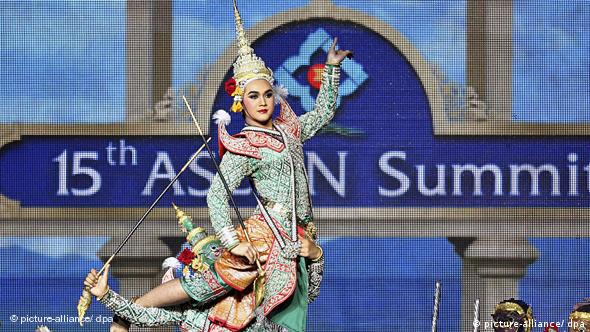 Thai dancers perform at the opening ceremony of the Association of Southeast Asian Nations (ASEAN) Summit.

External recognition of ASEAN's achievements include being invited to take part in the G20 conferences in London and Pittsburgh earlier this year and the summit with the US next month.

Despite these positive developments a recent opinion piece in the Financial Times newspaper said that massive disparities of wealth and population within the bloc as well as politicial tensions between member states meant that ASEAN "continues to be seen as a collection of vastly diverse states, no more able to act as a single unit than, say, Africa."

Larger grouping would have more clout

Would the 16-member East Asia Summit countries be a more viable grouping?

With combined GDP accounting for 23 percent of the world's total, such a grouping would have considerable clout, but Tokyo acknowledges that it will take decades to boost political integration and create a common currency in a politically, culturally and economically diverse region.

According to Paul Lim, an analyst at the Brussels-based European Institute for Asia Studies, lack of political will in the 10 ASEAN countries and the frequent inability of the bloc to "get its act together" means that economic integration is more likely to move ahead in South Korea, Japan and China than within ASEAN member states.

"From an economic point of view interconvergence between those three countries is more likely to happen," he told Deutsche Welle. "The three countries have a Confucian culture in common and appear to be keen to press ahead. The ASEAN countries by contrast are too diverse and economic integration is not as developed."

"ASEAN is very good at making statements about what it plans to do but when it comes to actually doing things national interests always come into the picture," he added.

Japan's push to extend economic integration in the region to include New Zealand, Australia and India was likely an attempt to stop Chinese domination, Dr Lim added.

On the environmental front, Dr Lim said there were growing signs that countries in the region were "waking up to the issue of climate change" and that there was now a political will to reduce greenhouse gases.

Werner Pfennig, a political analyst at Berlin's Freie Universität, said that lack of political will in ASEAN countries means that the creation of a single currency is unlikely, at least in the medium-term. Nevertheless there are, he said, encouraging signs of co-operation on currency issues such as exchange rates and buffer stocks.

Dr Pfennig added that he was sceptical that the launch of a human rights body for the region would lead to substantial change in Asian countries with a poor track record on human rights, such as Cambodia and Burma.

"I am not too optimistic about change in this field," he told Deutsche Welle. "It is a step forward in the right direction to set up an institution which has supranational functions in this area but ASEAN has in the past functioned on the principle of not interfering in the internal affairs of other countries." 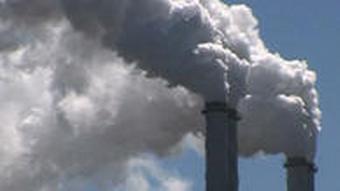 On the environment Dr Pfennig said he was hopeful that the talks in Thailand would lead to some concrete proposals to reduce emissions from Asian countries ahead of December's climate change talks in Copenhagen.

"There is an increasing awareness of environmental issues in Asia," he said. "China is trying to have both high growth while also trying to improve the environment."

Despite the diversity of member states, the ASEAN project of furthering integration in Asia has been a force for the good, according to Dr Pfennig. "When you consider that 50 years ago many of these countries were at almost at war with each other it is really a remarkable success story."

"As far as Europe is concerned, it makes sense for regional bodies such as the European Union to have counterparts in other parts of the world that try to speak with one voice," he said.

Thailand's prime minister has declared a state of emergency in the beach resort of Pattaya and the surrounding province after anti-government protesters stormed a regional summit. (11.04.2009)

Japan, China and South Korea are meeting in Beijing this weekend for their second trilateral meeting. Japan is seeking closer ties to its Asian neighbors. But could this endanger its alliance to the United States? (09.10.2009)

Burma has told Asian and European leaders who have called for the release of all political prisoners to stop meddling in its internal affairs. Burma denies that the trial of Aung Suu Kyi is politically motivated. (28.05.2009)