Japan and Russia accuse one another of dangerous military buildup

The accusations have been leveled at a meeting between foreign and defense ministers in Tokyo. At dispute are islands both countries claim as their own, and a new US missile defense system. 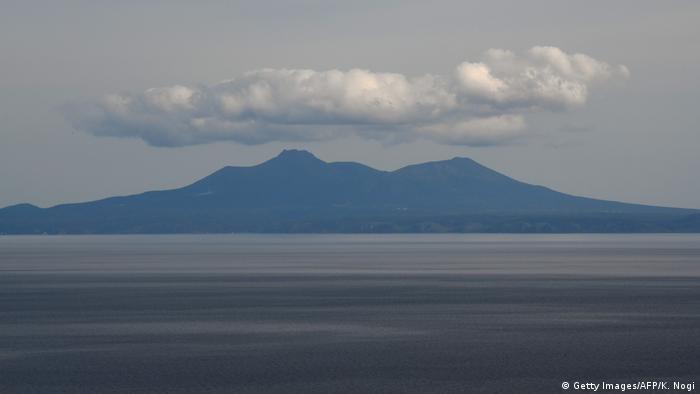 Japanese and Russian foreign and defense ministers meeting in Tokyo on Thursday accused each others' governments of unacceptable military buildups in the region.

Japanese Foreign Minister Taro Kono told his counterpart Sergei Lavrov, "Our country's legal position does not accept the missile drills, fighter aircraft deployment, and enhancement of the military presence in the Northern Territories."

Lavrov defended his country's actions, saying, "The Russian armed forces are active on their sovereign territory, and they have the right to do that based on international law."

Lavrov objected to Japan's planned deployment of the Aegis missile defense system, as well as Japan's increased military cooperation with the US.

The subject was addressed by Japanese Defense Minister Takeshi Iwaya, who told his Russian counterpart Sergei Shoigu that the system was "purely for defensive purposes and never for use to threaten Russia or other countries."

Japan has been bolstering its missile defense systems as it sees itself under increasing threat from neighboring China and North Korea. In December, Prime Minister Shinzo Abe also approved plans to buy F-35 stealth fighter jets and cruise missiles as part of the nation's growing military collaboration with the US.

The disputed islands, referred to as the Kurils by Russia and the Northern Territories by the Japanese, were seized from imperial Japan by the Soviet Union at the close of the Second World War.

Situated between the Sea of Okhotsk and the Pacific Ocean, just off the northern Japanese island of Hokkaido, the dispute over the islands has kept both countries from formally ending the war in the Pacific.

Prime Minister Abe has been keen to regain the islands in hopes of developing oil, gas, and other natural resources.

Last November, Japanese Prime Minister Abe and Russian President Vladimir Putin agreed to speed up negotiations — based on a 1956 Soviet proposal — to return the islands to Japan, yet progress has been slow.

Thursday's meeting was convened in a "two plus two" format of two ministers from each country to work out details regarding the islands before Abe and Putin meet at the upcoming G20 summit in Osaka, Japan, in late June.