Moscow has accused Tokyo of attempting to "stir up the atmosphere" ahead of key talks. Russia and Japan never signed a peace treaty in the wake of World War II, and disputed islands may prevent them from doing so now. 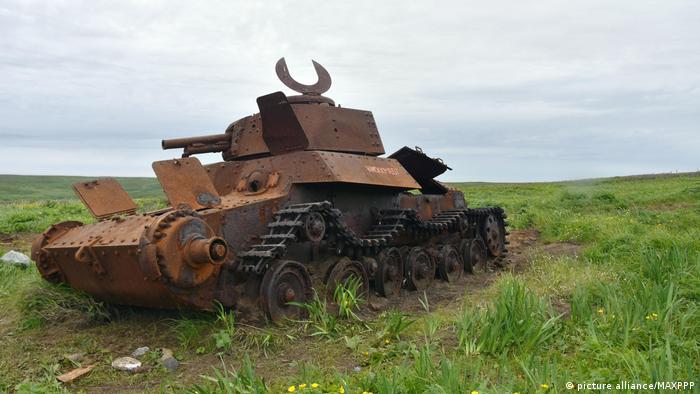 The talks revolved around four disputed islands, which Moscow calls the Kuril Islands and Tokyo dubs its Northern Territories.

Russian Foreign Ministry spokeswoman Maria Zakharova said Monday marked a "first round of Russian-Japanese talks on the problem of reaching a deal between the two countries."

Lavrov opened the negotiations by warning Tokyo against engaging in "unilateral rhetoric."

"It's a difficult issue, we have to deal with the legacy of World War II, whose outcomes have been codified in the UN charter and Allied documents," he said.

Japan and Russia did not sign a peace treaty in the wake of World War II. However, last year, Russian President Vladimir Putin and Japanese Prime Minister Shinzo Abe agreed to accelerate talks for a peace deal, using a 1956 joint declaration as the basis for discussions.

Read more: Can Abe make any headway in territorial row with Russia? 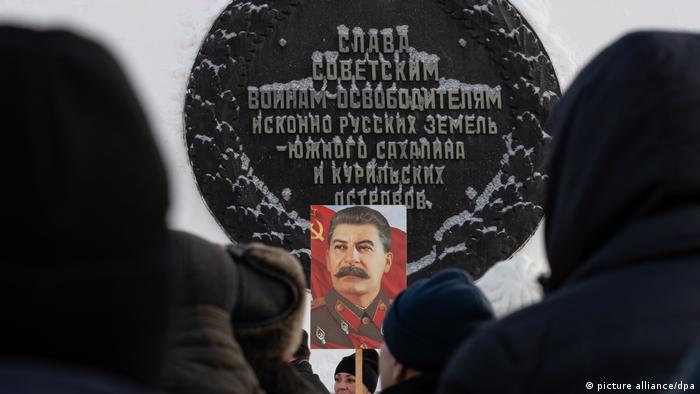 Russian protesters have rallied against ceding any control of the islands to Japan. The islands are currently administered by Russia.

'Problem of the peace treaty'

Moscow has since accused Tokyo of attempting "to artificially stir up the atmosphere" ahead of the talks. Last week, the Russian Foreign Ministry summoned the Japanese ambassador to complain about remarks that "crudely distort the essence of agreements" between Putin and Abe.

"Such statements cannot be regarded as anything other than an attempt to artificially aggravate the atmosphere around the problem of the peace treaty, to impose one's own scenario for its resolution on the other side," the ministry said. 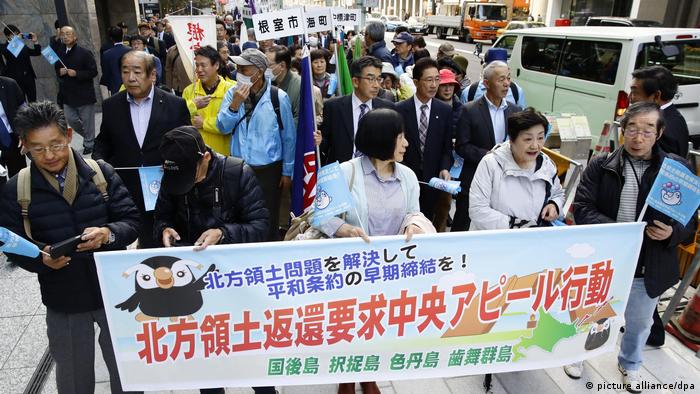 In Japan, protesters have urged to the government to settle the dispute

Japanese Chief Cabinet Secretary Yoshihide Suga dismissed the ministry's statement on Thursday, saying the government had already provided Moscow with its position on the disputed islands.

"We continue to work persistently based on our basic policy that we aim to resolve the issue of the islands and have peace," said Suga.

Japan's new €215 billion defense plan calls for two helicopter carriers to be converted to carry stealth fighters. Pressures from China, the US, and North Korea are driving the move. (18.12.2018)

US approves more weapons sales to Taiwan 2h ago

US, India to sign defense pact on sharing satellite data 3h ago