Already dogged by corruption allegations, Flavio Bolsonaro, the son of President Jair Bolsonaro, is now accused of having ties to death squads. Could the scandal derail the plans of Brazil's far-right political family? 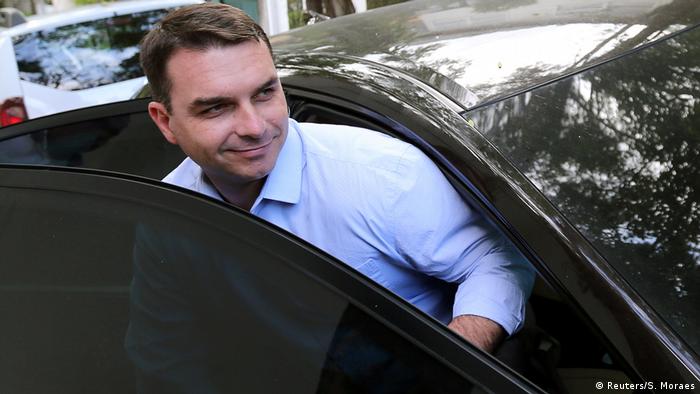 "If the evidence shows he made a mistake, I regret it as a father, but he will have to pay the price because we cannot tolerate these acts," said President Jair Bolsonaro on Wednesday at the World Economic Forum in Davos.

He is at the global gathering in hopes of presenting a new Brazil to the world — one that is transparent and free of corruption. News of his son Flavio's alleged connections to death squads in Brazil is not helping make that case. It was either that latest development or, as Bolsonaro's aides claimed, the September knife attack the far-right leader is still recovering from that caused him to cancel a press event.

Scandal has surrounded Flavio since December, when Brazil's Council for Financial Activities Control (COAF) uncovered unusual transactions totaling €270,000 ($305,000) sent to his former chauffeur and bodyguard, Fabricio Jose de Queiroz. The theory is that Queiroz, a long-time friend of the Bolsonaro family, collected money from people who were officially employed at Flavio's office while he served in Rio de Janeiro's state legislature.

It is a popular form of corruption among politicians in Brazil, explained Marco Aurelio Nogueira, a political scientist at the University of Sao Paulo. "Nearly all parties do it," he said. Friends and acquaintances would be employed, often only on paper, and in exchange direct part of their salary to the politician employing them. 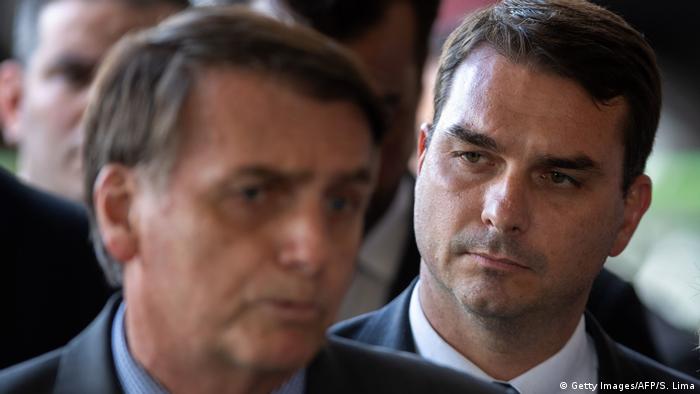 Neither Flavio nor Queiroz have addressed investigators' questions. To the contrary, Brazil's Supreme Federal Court ruled earlier this month to end the investigation because Flavio, having been elected to Brazil's senate, now enjoys immunity.

The Bolsonaros — the father, Jair, as well as Flavio and his brothers, Eduardo and Carlos — all hold political positions thanks in part to their loud calls to end that very kind of immunity in the fight against corruption. In addition to Jair winning the presidency and Flavio going to the senate, Eduardo joined the country's lower house of Brazil's National Congress while Carlos moved into Rio's state legislature. Some of their supporters are now asking on social media for an explanation.

Rio newspaper O Globo has since reported that during Flavio's time in Rio's legislature he employed both the mother and wife of Adriano Magalhaes da Nobrega, a fugitive former police officer and militia leader. Nobrega's militia is accused of murdering Marielle Franco, a Rio councilwoman, in March 2018.

"This is exactly the kind of forces this government was elected to combat," Stuenkel said.

However, both Flavio and his father have defended these kinds of militias, claiming they bring law and order to impoverished areas. While serving in the National Congress in 2003, Jair Bolsonaro went as far as saying that death squads were a suitable stand-in for the absence of the death penalty in Brazil. 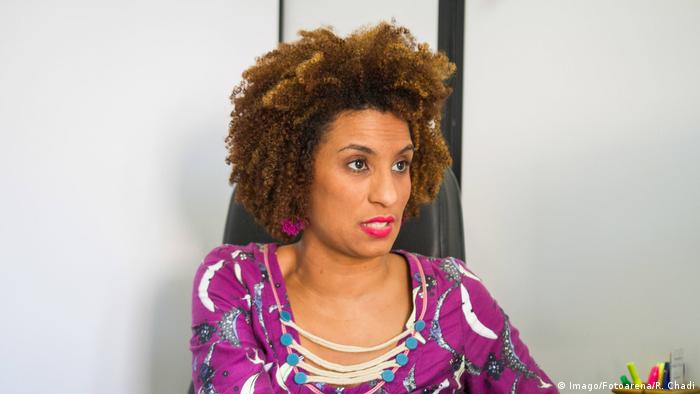 Now as president, Jair Bolsonaro says he wants reforms, and Stuenkel believes he needs quick success with economic policies. "We know that corruption rises when the economy fails, but the political costs are reduced if the economy grows," Stuenkel said.

For that, Bolsonaro needs the National Congress. His sons in both houses could help him deliver on his anti-corruption agenda, but "now it's disastrous for the government that Flavio is no longer in a position to shape public opinion," Stuenkel said.

The press may turn its attention now to Flavio's brothers, the political scientist Nogueira said. During the presidential campaign, one newspaper tracked down a woman employed, at least on paper, by Jair Bolsonaro's congressional office. In reality, she and her husband took care of his beach house.

The anti-financial crimes COAF agency is also investigating the president's wife for a €5,000 money transfer she received from long-time friend Queiroz. The elder Bolsonaro has said it was just repayment of a personal loan, but he presented no documentation to support that.

For Nogueira, it remains uncertain if Justice Minister Sergio Moro, who oversees the COAF, will go after the president and his family, although the former judge is well known for taking on powerful interests, including ex-president Luiz Inacio Lula Da Silva, whose corruption case voided his presidential run against Bolsonaro.

"Moro has to show who he's loyal to: justice or the government," Nogueira said.