Marielle Franco's supporters have been waiting for a month for answers about her murder. But friends and family in the favela community she was from refuse to stand still, report Donna Bowater and Priscilla Moraes. 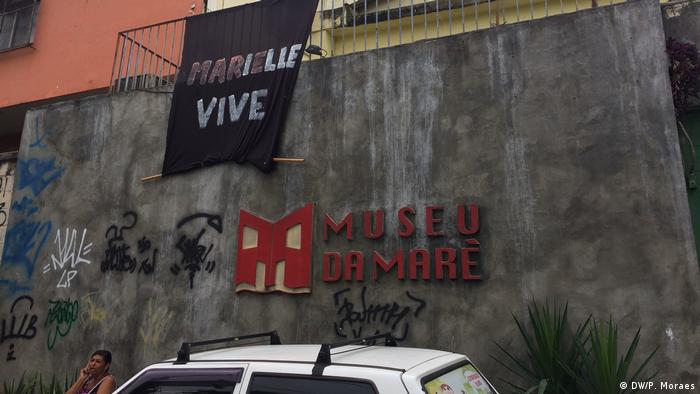 Behind the mottled and graffiti-covered concrete wall of the Museum of Mare lies a world separate from the well-worn images of drug gangs and violence that so often characterize similar communities in Rio de Janeiro.

A youth workshop takes place alongside a visit from Angolan poet Ermi Panzo, all against the backdrop of decades of struggle, prejudice and urbanization that produced Mare — an informal complex of 16 low-rise, low-income settlements near Rio's international airport.

And soon, the museum will have one more artifact testifying to the divisions and barriers faced daily by Mare's 130,000 residents: the office door of the late city councilwoman Marielle Franco, murdered a month ago, on March 14.

"This idea came about when the council was taking apart her office, the furnishings, and called the museum to offer Marielle's door," said Antonio Carlos Vieira, one of the museum's coordinators.

"For us, the door has a huge symbolism, allowing us to enter or not enter. It can be a means of access, of continuing path, as it can also be an obstacle. And this door, which was decorated by Marielle, where she put stickers, was a door that was always open to people, so this is a really significant aspect." 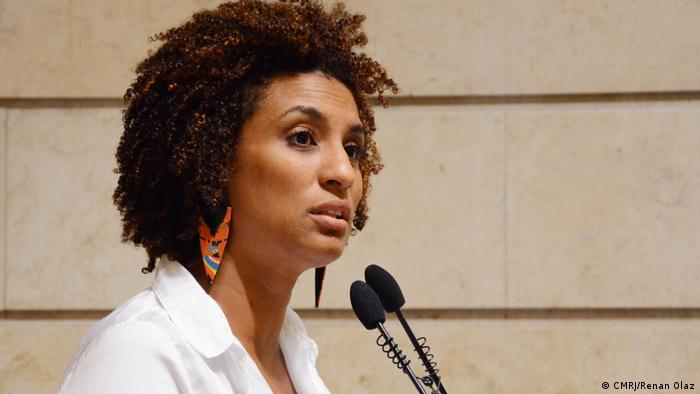 Marielle Franco was 38 when she was assassinated in March

The door will form part of an exhibition at the museum to honor the memory of Franco and celebrate the achievements of one of Mare's own.

"It was a premature death at a moment when she was in a very important role for the people who live the reality of Rio de Janeiro, calling attention to important issues, where we have gone through many backwards steps in political life," Vieira added. "Marielle's death is something that cannot be forgotten."

Shaped by life in Mare

Franco, who was shot dead alongside her driver, Anderson Gomes, in downtown Rio in a targeted killing, had already contributed to the museum, donating mementos, including handwritten bills and receipts from her grandfather's bar in Mare.

Born and raised in the favela, she started campaigning locally for human rights after losing a friend destined for university to a stray bullet. She continued her activism while studying social sciences and public administration, even after her daughter was born when Franco was just 19. 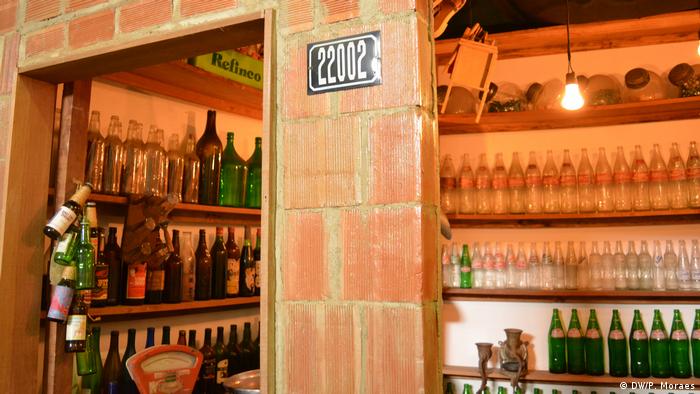 "She always said that she wanted to leave because it was very dangerous," said Anielle Franco, the councilor's sister. "So every difficulty she saw she noted down in a book and said that she was going to change things.

"I'm certain that Mare built who she was, because everything that we face there – from not being able to study because of shootings, seeing friends die from stray bullets to being asleep at home when the police enter – this really formed her."

The 38-year-old remained active in the community where she grew up after she was elected to the city council in 2016 with the fifth-highest number of votes.

But while she has been remembered most for representing Mare, friends said Franco herself had been disappointed not to win a majority of votes from the favela and had been trying to re-establish her links to the community.

"In the election for councilor, she had less than 2,000 votes in Mare, despite being a well-known person from a traditional family," Vieira said.

In the weeks before her killing, Franco had criticized police violence and the decision to hand control of Rio's ruined state security services to the military.

Favela residents in the crossfire

According to reports this week, officers have managed to recover partial fingerprints from casings thought to have been used in the shooting. Rodrigo Silva Magalhaes was Franco's friend and is her daughter's godfather

"Sometimes I think they're going to catch a scapegoat and leave it there," her sister, an English teacher, said. "Let them take as much time as they want and find out who it was. I don't want it to go unpunished, because after all, right? It was 46,000 votes."

In recent years, Mare has been the target of police and military operations, with the territorial rivalries of Rio's notorious drug gangs attracting regular conflict with the police and putting workers and families in the crossfire.

According to a public security bulletin published by NGO Redes da Mare, a police operation took place in Mare every nine days last year. The figures similarly record one death on average every nine days as a result of armed confrontations.

Of the 42 deaths, 90 percent of the victims were male and almost 90 percent were black or pardo, of mixed ethnic ancestry.

"The history of the residents of Mare is a story of struggle," said Rodrigo Silva Magalhaes, a friend of Franco's for more than 20 years and godfather to her daughter. "Now, it's a moment of loss of a person we always wanted to have. We were a bit tired of these people who came from outside, who left their contribution here — I can't deny it — but it was always a contribution in terms of guardianship, as if 'the favela needs authority from outside.'"

"Marielle was that which was respected outside, but in her essence, she continued representing Mare, Rocinha, Vidigal."

For those she left behind, the overwhelming response to her murder is a determination to continue her work and allow others to follow the trail she blazed.

"Among the younger guys, who are in the process of their political formation, they speak about continuity, in building up people with whom we have a relationship and political militancy," said Vieira. "They even talk about launching a candidate, to follow the same path."

Vera Marta, a cleaner at the museum who saw Franco grow up, was confident that others would be inspired by Franco to follow her lead.

"I think they messed with the wrong person because we are all in the same struggle," she said. "I think other Marielles will come. I pray to God, but the others will see what I won't see because I'm old. It has to change." 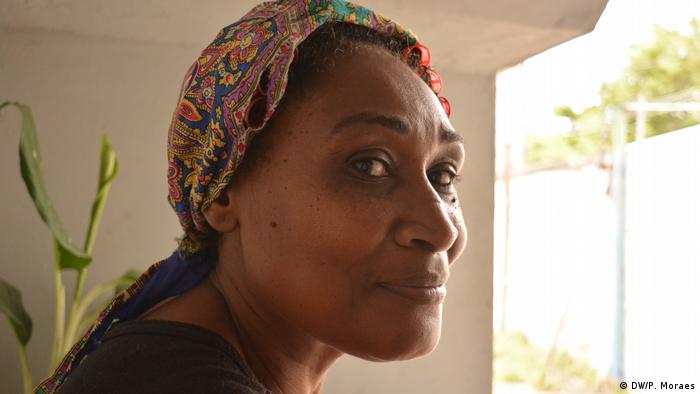 Vera Marta, a cleaner at the Museum of Mare, watched Marielle Franco grow up

To this end, Franco's sister plans to create an educational foundation to honor her memory.

To mark a month since the assassination on Saturday, friends, family and supporters will hold a dawn celebration in Rio followed by a march towards the spot where she was killed.

"Only education changes the world," said Anielle. "I want to talk to everyone, with all kinds of people I know to take this forward. I want to follow what my sister left."

She has not ruled out the possibility of entering politics herself to continue her sister's work: "If I have to be the next Marielle to die, I will be."