Brazil's Jair Bolsonaro will meet his US counterpart in Washington later this month. The White House said the two men would discuss the "major role" their governments are playing in providing humanitarian aid. 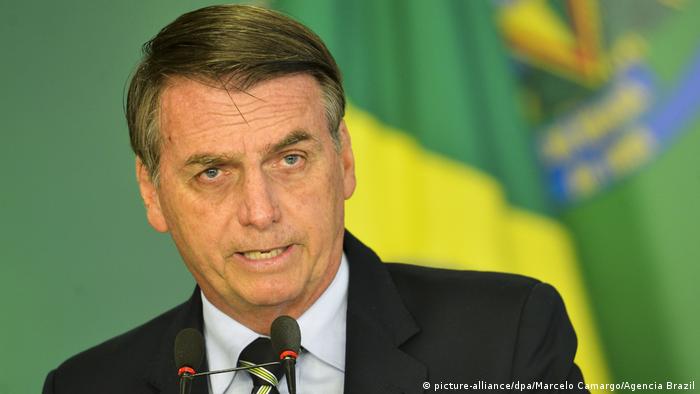 "President Trump and President Bolsonaro will discuss how to build a more prosperous, secure and democratic Western Hemisphere," Sanders said about the meeting, which is set to take place on March 19.

Both presidents have often praised each other in the past, and officials in Washington and Brasilia have made an effort to deepen ties between the two nations.

Bolsonaro has long been seen as "Brazil's Trump," as he drove a wave of voter disenchantment with establishment parties to win the presidency last year. Much like Trump, Bolsonaro has governed with a pro-business conservative agenda and is a prolific Twitter user, known for his incendiary remarks.

Since taking office on January 1, Bolsonaro has found an ally in Trump when it comes to opposing the left-wing regimes in Nicaragua, Cuba and Venezuela. Brazil and the US have fully backed self-declared interim President Juan Guaido and are vocal opponents of acting President Nicolas Maduro.

The White House confirmed Trump and Bolsonaro would be discussing efforts to bring about change in Venezuela.

"They will talk about the major role that the United States and Brazil are playing in the effort to provide humanitarian assistance to Venezuela."

In late February, Bolsonaro allowed humanitarian aid to be stored on Brazil's side of the border with Venezuela, which Guaido attempted to bring into the country. The push was unsuccessful, with the military largely remaining loyal to Maduro and blocking the aid.

A DW column that accused Brazil of turning its landscape into "an inferno" has infuriated the country's environment minister. He said the description should instead be applied to Nazi Germany's mass murder of Jews. (07.03.2019)

Some revelers view this year's Carnival as a way to push back against President Bolsonaro, who is known for his homophobic and sexist remarks. Samba schools will also highlight minority communities in their performances. (02.03.2019)