Some revelers view this year's Carnival as a way to push back against President Bolsonaro, who is known for his homophobic and sexist remarks. Samba schools will also highlight minority communities in their performances. 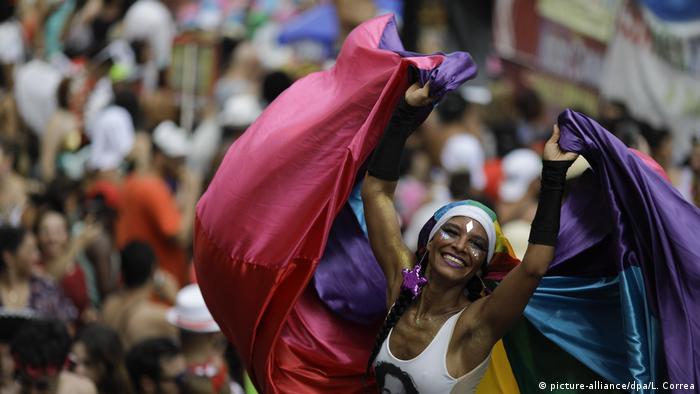 Amid the confetti and flashy sequins, many revelers are partying with a message this year — one that's aimed at Bolsonaro, who is known for his controversial remarks about the LGBT community, women and minorities in Brazil.

At Carmelitas, one of the city's most traditional street parties, people dressed in pink and blue sang along to a samba song called "Blue or Pink, It's All the Same."

The song is a reference to comments made by Damres Alves, the new minister for women and human rights, who said: "It's a new era in Brazil, boys wear blue and girls wear pink."

"This parade is an act of resistance to the oppressive new government," said Monica Machado, a percussion player in the band.

Bolsonaro has infamously remarked that he would rather have a dead son than a gay son and once told a congresswoman that she "did not deserve" to be raped because she was "ugly." He's also voiced admiration for Brazil's military dictatorship, which ruled from 1964 to 1985.

Joao Marcos Marinho, a 57-year-old reveler whose costume referenced a corruption scandal that emerged just weeks into Bolsonaro's presidency, said people "aren't satisfied with the government and they're saying it this carnival."

"Carnival is a moment to protest and express your opinion without limits," he said.

Several elite samba schools that will take part in a parade on Sunday and Monday are also taking a stand, adopting themes to highlight women as well as the black and indigenous communities.

One school says it's dedicating its performance and a song to the untold parts of Brazil's history.

"The Bolsonaro vote is linked to education," said Deivid Domenico, who co-authored the song that will be performed. "The people of Brazil don't know its history, its roots, its identity. This is why I think telling that history is important." 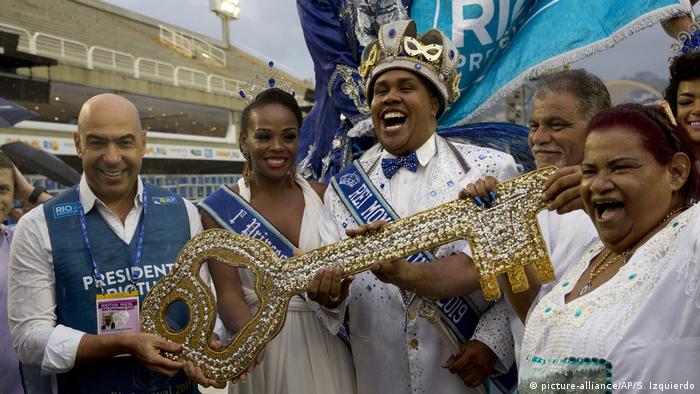 Crivella, a former evangelical pastor, disapproves of the multi-day party and has cut public funding for samba troupes.

Instead, the head of Rio's tourism board, Marcelo Alves, handed over the key to King Momo, the king of Carnival, to officially start the celebrations.

Authorities expect some 7 million people, including 1.5 million tourists from Brazil and foreign countries, to take part in Rio's massive celebrations this weekend.

Jean Wyllys told a Brazilian paper that he had left the country and would not be returning to start his third term. The advocate for LGBT rights described the atmosphere under new President Jair Bolsonaro as "unsafe." (24.01.2019)