Italy′s dubious treatment of Sudanese migrants | Europe| News and current affairs from around the continent | DW | 08.09.2016

Italian authorities recently caught more than 40 Sudanese migrants in the Italian town of Ventimiglia on the border with France and deported them. Emanuela Barbiroglio reports from the border. 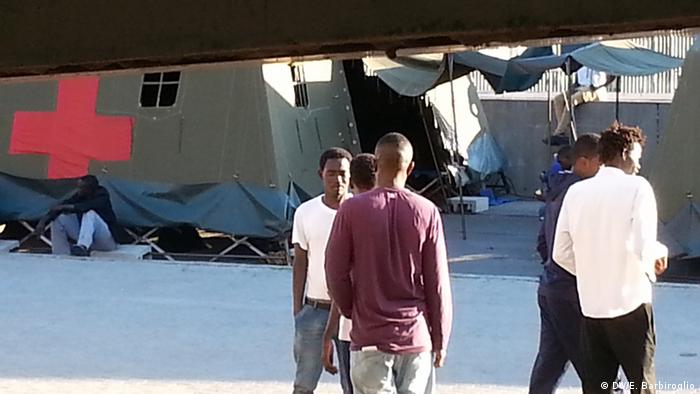 "I was hanging out near the Red Cross camp with a friend of mine, when three police cars approached me," says Amar. "The officers were wearing plain clothes and they had guns. I ran until I eventually found a shelter here." Amar relates his story to DW standing in the small playing field behind the church of Sant'Antonio. He shows a scar on his belly. "Jumping beyond a wall, I also got injured."

Amar has been in Italy since July. He's spent the last three weeks in Ventimiglia and has now been in the Caritas-run camp for nine days. Now he's killing time before trying his luck again at the border. 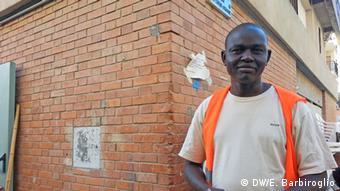 Amar's dream is to get to France

For Amar the dream is France, but he won't be able to reach it if - like his friends and countrymen - he's caught by Italian police.

A few days earlier, authorities apprehended some 40 Sudanese migrants in the Italian border town of Ventimiglia and sent them back to Sudan from Turin airport.

Among the deportees there was at least one Sudanese man Amar knows and has not heard from since.

Sudan is not formally under a dictatorship, but since 2010 the government has launced attacks on its own population and there are conflicts with the national army in South Kordofan, Blue Nile and Darfur. President Omar al-Bashir is accused of genocide, crimes against humanity and war crimes by the International Criminal Court and an arrest warrant was issued for him in 2009.

Amar, a 30-year-old teacher, belongs to an ethnicity targeted by the central government. "I'm christian and black, so I'm not wanted. It was not safe for me to stay there," he told DW.

The Sudanese government, meanwhile, says it's trying to bring its people back home. According to the "Sudan Tribune" newspaper "Ambassador Gharib Allah Khidir said he had asked the interior ministry to dispatch urgently a delegation to Rome to identify Sudanese migrants and to provide them with the required papers before repatriating them back to Sudan."

Alessandra Ballerini, a migration law expert, has however defined this action as "llegal deportation," and many details remain unclear - whether there were minors among those migrants, for instance.

The repatriation process, however, appears to be a cornerstone of a Memorandum of Understanding signed in early August as part of a series of bilateral agreements between Sudan and EU countries.

"The legality of the process remains questionable," Ballerini told DW. "It seems to me that the bilateral agreement is against the Italian constitution and Art. 3 of the Geneva Convention on people living in war-torn countries."

The Italian Embassy in Sudan commented on the move via Facebook: "Italy and Sudan have strengthend their cooperation in the fight against crime, human trafficking and smuggling. The chiefs of police of the two countries have signed an important Memorandum of Understanding which includes training, sharing of information, and several aspects of collaboration on migration issues. Another brick in the Italo-Sudanese tower of friendship."

From a humanitarian point of view, this cooperation could be a serious violation rather than a diplomatic success. "There wasn't any assisted voluntary return in this case," says Giuseppe Picchianti who is the Caritas legal advisor appointed to Amar.

Through an initiative supported by Caritas, local priest Rito Alvarez made some space available at the beginning of the summer to host refugee families, mostly women and children in order to protect them. As an exception, Amar got a place there. Before that he was staying with the other men at the Red Cross Roya Camp, outside Ventimiglia's city center.

"Ventimiglia has always been familiar with situations that go by the label of emergencies," says Picchianti. "However, those situations can't be called emergencies . . . they are merely bureaucratic."

The recent history of Ventimiglia is an example of migration in Italy. The first so-called emergency occurred in the 1990s when Kurdish refugees arrived, followed by Kosovans. In 2011 people from North Africa, especially from Tunisia, were put up in a new designated area for refugees.

Finally, in 2014 a new mass migration began. Ventimiglia had to deal with a daily average of 300-600 newcomers, peaking at 1,000 this summer. Only 13 have applied for asylum in Italy - most of them want to get to northern European countries. 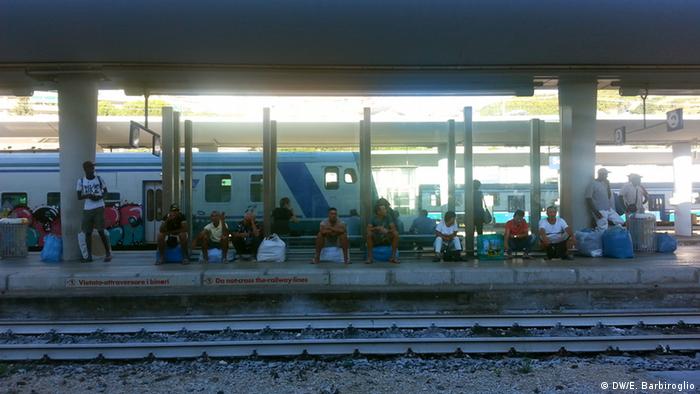 Although migration is a regular phenomenon, locals still have problems living alongside migrants. Families from the neighborhood of Roverino staged protests recently against plans to open a center in a local gym and managed to stop the initiative.

The main issue with migrants in Italy is the way authorities deal with them. Authorities define migrants' arrivals to Italy as "emergencies" that require an immediate response. But as observers point out these solutions often go against basic human rights and are unrealistic. Local prefecture representatives contacted by DW refused to comment.

Luigi Manconi, senator of the Democratic Party and president of the civil liberties organization Buon Dirittto, has asked parliament to look into the matter once it returns from summer recess.

However Caritas adviser Picchianti is anything but optimistic. "Truth is a very revolutionary act in Italy, especially in Ventimiglia," he said.

Amar has been through persecution and poverty, but his experience with the police left him shocked."Nothing like that has ever happened to me," he said. "My lawyer told me I was lucky."

In the meantime, he can't leave the shelter in Gianchette without risking deportation.