Worldwide migration deaths are on the rise, driven by growing numbers of refugees lost at sea in the Mediterranean, according to new data from the International Organization for Migration (IOM). Tom Rollins reports. 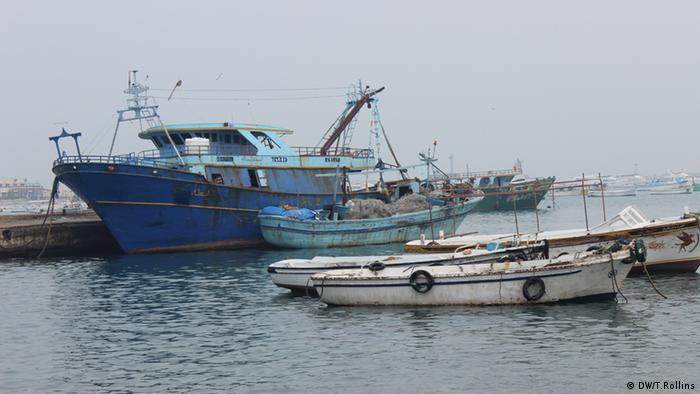 Almost 3,000 of those fatalities - 78 percent - occurred in the Mediterranean; many of them in waters connecting Egypt and Libya with Italy, otherwise known as the Central Mediterranean route.

But why are more people dying in the Mediterranean?

IOM's analysis points to "several new and dangerous smuggling practices," including a practice of "sending migrants in unseaworthy vessels," or smugglers sending out multiple boats at once, "making search-and-rescue operations more complicated."

"New routes are also increasingly risky; particularly when boats depart from Egypt, the journey is longer, and search and rescue is often carried out further away from land," IOM added.

This year, partly because of the myriad risks in Libya, more refugees, asylum seekers and migrants are turning to Egypt for a supposedly safer - but longer - route to Europe. The journey can take days, even weeks.

Since 2013, mostly Syrian refugees have passed through Alexandria's apartment blocks, bus stations and back streets en route to the EU - although these days the route tends to be used more by Egyptian migrants as well as refugees and migrants from the Horn of Africa. Alexandria is Egypt's second city and traditionally one of the key stops on migration routes heading toward Europe. 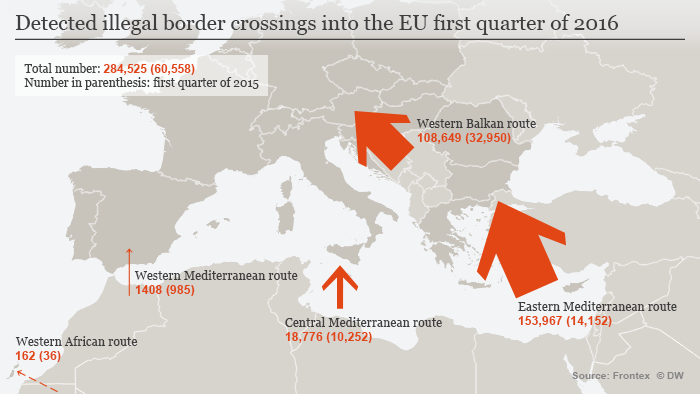 Yousef al-Zaitouni, a Palestinian-Syrian refugee from southern Damascus who now lives in Germany, took a boat from Alexandria in autumn 2014.

"We were hiding and it was night," he told DW, recounting the midnight journey by road from an apartment in eastern Alexandria to a neglected patch of coastline outside the city.

"It wasn't a sand beach…but behind a factory for something and there were big stones [on the shore]. We went down into the water until it was up to our trousers, then up to our necks. We were totally in the water."

Zaytouni's group were ferried bit-by-bit in a hassakeh, a small dinghy, out to a larger boat waiting off-shore. They were then taken to another, bigger boat waiting about an hour out to sea.

Groups of refugees had been waiting on the boat for weeks at a time, Zaytouni says, part of a time-tested Egyptian smuggling tactic designed to fill up a boat to maximum capacity before leaving. The tactic, known to some as takhzeen (literally, "in storage"), can prolong the crossing for days - even weeks - and means passengers sometimes run out of food and water before even leaving Egyptian waters.

Zaitouni was later caught at sea by the Egyptian coastguard, after drifting in the Mediterranean for days punctuated only by burnt-out engines and boats swaying uncertainly out at sea.

"We realized this smuggler was the worst one in Egypt. He was the same guy who, we found out later on, took an old boat [to Europe] and all the people onboard died." 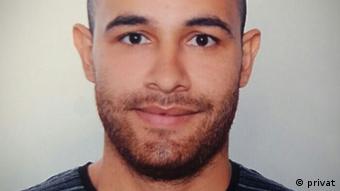 Shipwrecks on bigger, overloaded boats like Yousef's can often result in tragedy. His smuggler ran a trip from Egypt that ultimately sank off Malta in September 2014. Up to 500 people died at sea. One of the men Yousef was detained with back in Alexandria lost his wife and daughter in the tragedy.

Markus Schildhauer represents the German Seafarers' Association in Alexandria. He often meets with merchant crews returning to port and hears the stories of the sea.

"In the port, I meet so many traumatized seafarers," he told DW, referring to a growing trend of merchant vessels rescuing migrant boats at sea. "Either they where called to a rescue where people died, or they've heard about this and are afraid of it."

Sea crossings from Libya are notorious, and statistically far more dangerous than Egypt, despite the shorter distance. According to Amnesty International Libya researcher Mouna Elkekhia, refugees and migrants are "kept hostage in these houses or farms next to the sea until the smugglers get enough people ready to be piled into the rubber dinghies."

"Once people are there, it's very difficult for them to refuse to get on the boat," she told DW.

Not much better on land

And while smugglers and traffickers in Libya are notorious, so too are coastguards and prison guards operating near the shore. A recent Amnesty International report, featuring interviews with 90 survivors who made it to Italy, documented "abhorrent human rights violations" carried out by Libya's coastguard or inside immigration detention facilities that included shootings, beatings and all-out torture.

In one case reported by Amnesty, the coastguard deserted a boat full of people that they'd initially stopped at sea, leaving 120 people stranded onboard.

"One of the men from the Libyan coastguard boat came onto our boat to drive it back to Libya. He drove it nearly half way back, but then the motor stopped working," Mohamed, a 26-year-old Eritrean man told Amnesty. "I heard him say, 'If you die, you die,' before getting back on his boat and driving away, leaving us stuck in the sea."

The EU recently announced an agreement to train the Libyan coastguard and navy as part of its counter-smuggling naval mission in the Mediterranean.

"In theory, it's good if the Libyan coastguard's capabilities are improved," Amnesty's Elkekhia said. "The only problem is what happens when they're rescued by the coastguard. Our concern is that the EU has shown itself willing time and again to stop refugees and migrants coming at any cost - so that human rights takes a back-seat."