Paris has been asked to explain why armed French border police entered an Italian clinic for migrants and made demands. The incident has been seized on by populist politicians who made gains in last month's election. 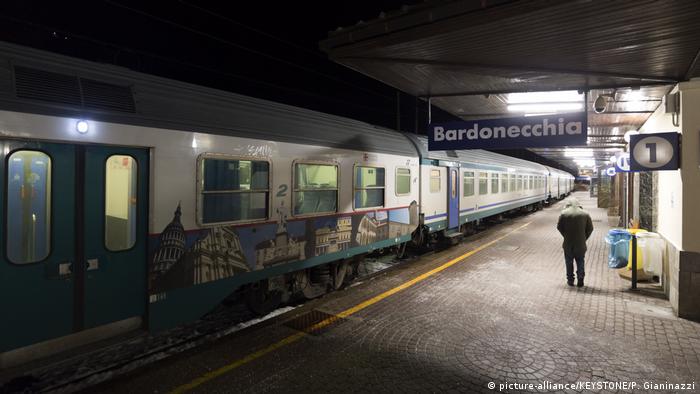 Italy's Foreign Ministry summoned the French ambassador on Saturday after French border patrol guards brought a Nigerian man to a clinic for migrants at a Italian railway station and demanded that staff take a urine sample from him.

The humanitarian group Rainbow4Africa, which runs the facility at the Bardonecchia train station between the French city of Grenoble and Turin, in Italy, has denounced what it called a "raid" on Friday night by five armed French border agents.

It said the guards, who suspected the migrant of drug trafficking, had intimidated the group's staff.

A volunteer who witnessed the incident told Sky TG24 that the Nigerian had Italian identity papers and a valid Paris-Naples train ticket.

French 'had no right to enter the facility': Bardonecchia mayor

Rome said the incident was "a serious act considered outside the scope of cooperation between states sharing a border," while several Italian politicians decried what they said was violation of Italian territory.

Massimiliano Fedriga of the right-wing League, which made big gains in last month's general election , said the French had made Italy look like "the laughing stock of Europe."

Read more: Migrant relocations from Italy and Greece drawing to a close

"French police do whatever they want on Italian territory without being disturbed as if they are at home. What happened in Bardonecchia is serious and shows how our so-called friends in Europe have little or no consideration for us," he said in a statement.

Bardonecchia Mayor Francesco Avato said the French had no right to enter the facility, which he said the city operates as a "neutral" space to try to persuade migrants not to make the dangerous Alpine crossing into France. 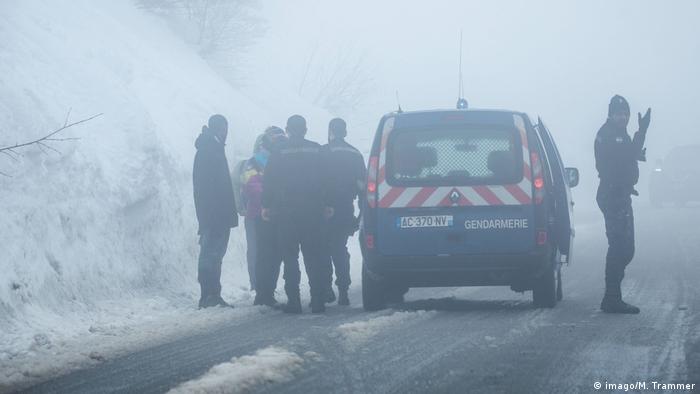 After first tackling the Mediterranean, many migrants try to cross the snowy Alps for a new life in France

Italy's Foreign Ministry added that the two countries would address the issue further at a meeting in Turin on April 16.

But France said it had a right to intervene, according to a 1990 agreement between the two neighbors.

The urine test on the passenger turned out negative, according to a French statement. The French said they were more than willing to explain the details to Italian authorities.

French and Austrian patrol teams have stepped up checks along their borders with Italy to stop migrants from crossing the snow-covered mountains on foot or by trains and trucks.

As elsewhere in Europe, Italy has seen the rise of populist politicians in recent years who have capitalized on public anger over the influx of migrants — many of whom are picked up in the Mediterranean and taken to Italian ports — and the refusal of other European countries to take in a share of the new arrivals.