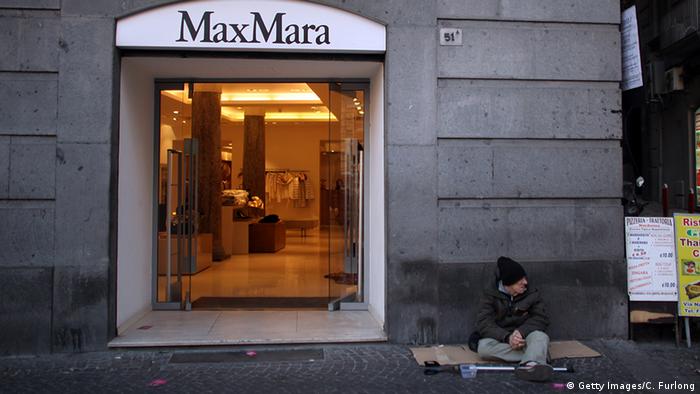 The "citizens' income" program was a key campaign promise from the anti-establishment 5-Star Movement, which entered into a governing coalition with the anti-immigrant League party last year.

The program, essentially a new system of welfare and unemployment benefits, provides those eligible with €780 ($882) credited to monthly, prepaid debit cards to pay for groceries, pharmaceuticals, utility bills, rent and other essentials. In exchange, able-bodied participants enroll in a job-finding and job-training program.

Italian Prime Minister Giuseppe Conte predicted that the scheme would be a major boost to the country's economy, "It will have a positive impact on domestic demand."

Italy, the eurozone's third-largest economy, currently has the third-highest unemployment rate in the EU, reaching 10.5 percent in January, according to EU statistics.

The initiative caused friction with the European Union last year and led to heated budget negotiations between Rome and Brussels. The EU fears that high public spending will increase Italy's public debt — currently about 133 percent of GDP, second-highest in Europe behind Greece and more than double the EU's debt ceiling of 60 percent of GDP.

However, Italian Deputy Prime Minister Luigi Di Maio, who is also the leader of the 5-Star Movement, cited the need to kick-start the economy and create jobs. He said Wednesday that with the launch of the citizens' income, a "revolution" had begun for an estimated 5 million people.

"Today we are keeping a promise, the state is finally looking after the invisibles," Di Maio told RTL radio.

Italy between debt and utopian dreams

With a euroskeptic government coalition likely to take over the reins in Italy, fears are mounting that the problems in the eurozone's third-largest economy will only get worse. Financial markets are already jittery. (17.05.2018)

Italy's economy minister says the new government's first budget will include a basic income for the poor — in line with the ruling parties' campaign pledges. But it's not yet clear how such policies will be financed. (26.09.2018)