Who is Italy's candidate for prime minister, Giuseppe Conte?

Italy's populist coalition has tapped an academic with no political experience to be the country's next prime minister. If confirmed, he could lead a big-spending, anti-establishment government. So who is Giuseppe Conte? 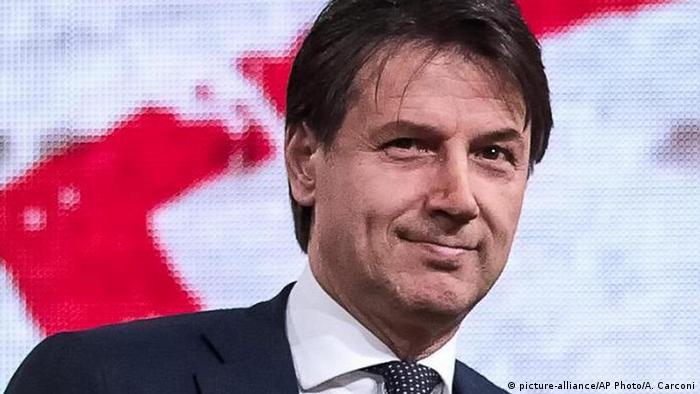 The 54-year-old, who is closely associated with M5S, has never been elected to parliament and is a relative newcomer to Italy's political scene.

Conte first entered the spotlight ahead of the March 4 election, when his name was put forward by M5S as a possible Minister of Public Administration in charge of cleaning up Italy's notoriously complex bureaucracy.

"First we have to drastically abolish useless laws," Conte said at the time.

Born in 1964 in the village of Volturara Appula in Puglia, Conte studied law in Rome, before going on to study in Vienna, Paris, Cambridge and New York.

He is currently a professor of privacy law at Florence University, with previous teaching stints at Yale, Cambridge and the Sorbonne.

He also serves on the board of several academic bodies and has taken part in conferences on judicial issues hosted by M5S.

According to Italian media, Conte's WhatsApp account displays a photo of former US President John F. Kennedy, as well as one of his quotations: "Every accomplishment starts with the decision to try."

He has also been quoted as saying that he used to vote for the left, but that "the ideologies of the 20th century are no longer adequate (for 21st century politics)."

If Conte's appointment is confirmed by President Sergio Mattarella, he will then present a list of cabinet members for the president's approval, and the government will be subject to confidence votes in both houses of parliament.

Italy's would-be coalition partners need more time to thrash out a government deal. Based on the 5-Star Movement's rule in Parma, locals have little hope for success on a national level, as Megan Williams discovered. (15.05.2018)